A few months ago, reports of Kartik Aaryan signing the Hindi remake of Allu Arjun's blockbuster Telugu film Ala Vaikunthapurramuloo did the rounds. While there is no official announcement made regarding the same, it is believed that producer Ashwin Varde has acquired the rights of this Trivikram Srinivas directorial. Now, in the latest development surrounding the remake, it is being reported that Ranveer Singh is also being considered for the lead role. According to the report of a publication, the makers of Ala Vaikunthapurramuloo's Hindi remake feel that Ranveer suits the role. A trade source told the daily that age will play an important role while deciding the lead.

"Ranveer suits the role perfectly and the makers are looking at casting him. But one school of thought is to also cast the much younger Kartik Aaryan. Now Allu is 37, Ranveer is 34 and Kartik is just 29. Hence, the makers are slightly tilted towards Ranveer, more so after how he had his own interpretation of the character in Simmba," the trade source told. 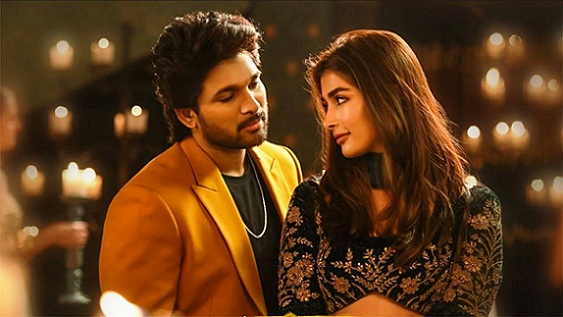 A still from Ala Vaikunthapurramuloo

Recommended Read: Disha Patani posts a video of song 'Butta Bomma' from Allu Arjun's 'Ala Vaikunthapurramuloo'; asks the actor 'how do you do it?'

Ala Vaikunthapurramuloo also starred Pooja Hegde, Tabu and Nivetha Pethuraj in lead roles. It released on January 12 this year.

Workwise, Kartik was shooting for Bhool Bhulaiyaa 2 and Dostana 2 before the lockdown was announced. He was last seen in Imtiaz Ali's Love Aaj Kal. Ranveer, on the other hand, is waiting for his sports drama '83 to release. Apart from that, he has Jayeshbhai Jordaar and Takht.

Abhishek Bachchan's Breathe: Into The Shadows co-star Amit Sadh tests COVID negative, thanks fans for their prayers and concern

'These times literally feel like winter is coming,' says Bhumi Pednekar as an artist recreates her as Khaleesi from 'Game Of Thrones'

After Abhishek Bachchan tests COVID positive, Amit Sadh says he never dubbed for Breathe: Into The Shadows with him; recording studio to remain shut for few days

'Thank you for your eternal love and affection,' says Amitabh Bachchan to fans and well-wishers for their prayers