Filmmaker Nishikant Kamat passes away at 50 in Hyderabad 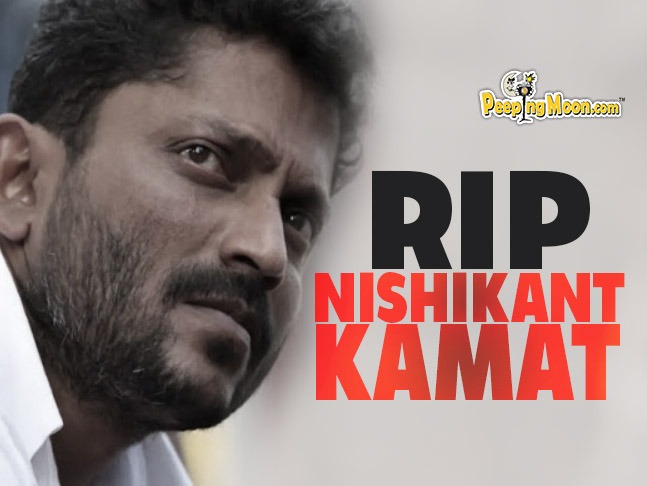 Filmmaker Nishikant Kamat, who was is in a critical condition at a private hospital in Hyderabad, passed away today. As per reports, the director suffered a relapse from liver cirrhosis. He was immediately hospitalized as his condition worsened. The director was 50.

The hospital authorities shared an official statement this evening that read, "Mr. Nishikant Kamat (50 years, Male) was admitted to AIG Hospitals on 31st July 2020 with complains of fever and excessive fatigue. It was diagnosed that he was suffering from Liver Cirrhosis for the past two years. Initially, we started antibiotics and supportive medications upon which Mr. Kamat showed improvement, but his condition soon deteriorated with progressive liver dysfunction and drowsiness. He was immediately shifted to the ICU, where his general condition gradually declined. Since yesterday, he developed respiratory failure and hypotension. Despite maximum efforts from Hepatologists, Gastroenterologists, Pulmonologists and Intensivists, his condition deteriorated eventually leading to multiple organ failure. Today, from afternoon onwards his vital parameters started declining and at 1624 hrs he succumbed to his illness. Our condolences are with his family, friends and fans."

Riteish Deshmukh shared the news and wrote, "I will miss you my friend. #NishikantKamat Rest In Peace."

I will miss you my friend. #NishikantKamat Rest In Peace. pic.twitter.com/cqEeLbKJPM

Nishikant stepped into Bollywood with his 2008 film Mumbai Meri Jaan and went to helm Ajay Devgn, Tabu starrer Drishyam, Madaari, Fugay, Madaari, Force, among others. The filmmaker was also directing a project titled Darbadar that is scheduled to release in 2022.He was last seen in Vikramaditya Motwane’s Bhavesh Joshi Superhero that had Harshvardhan Kapoor in the lead.