Sanjay Dutt to seek lung cancer treatment at US hospital where mother late Nargis was admitted?

Last week, Sanjay Dutt was admitted to Kokilaben Dhirubhai Ambani Hospital for preliminary tests. The actor was recently diagnosed with lung cancer. The 61-year-old actor returned home from the hospital for Ganesh Chaturthi. In the latest development, Sanjay has reportedly procured a US visa and will be flying to New York shortly with his wife Maanayata Dutt and sister Priya Dutt. According to a source close to the Dutt family, the veteran actor has secured a five-year visa on medical grounds and will seek treatment at the Memorial Sloan Kettering Cancer Centre, where his mother late Nargis was admitted. Recently, celebrities like Sonali Bendre, Manisha Koirala and Rishi Kapoor trusted the same hospital for their treatment.

"Sanju had applied for the visa as soon as he learnt of the diagnosis. However, initially, it wasn't easy to get the clearance since the actor was among those acquitted in the 1993 Bombay blasts. Fortunately, one of his close friends helped the actor secure a five-year visa on medical grounds. He is expected to fly to New York with Maanayata and Priya, where he will pursue treatment at the Memorial Sloan Kettering Cancer Centre," the source told. 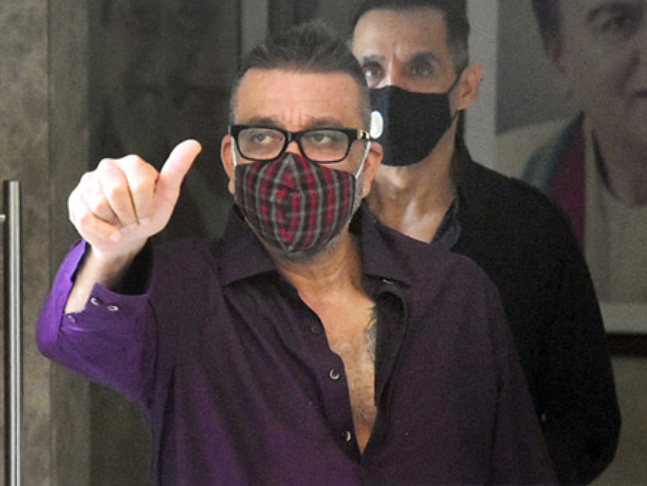 Recommended Read: Sanjay Dutt to return home from the hospital after preliminary tests?

The source further said that Sanjay was considering Singapore for his treatment if not the US. However, now, he will be leaving for the Big Apple at the earliest. For the unversed, Sanjay's daughter Trishala Dutt is also in New York. "Sanju was considering travelling to Singapore if the US plan did not materialise. Thankfully, everything has worked out swiftly, and he is expected to leave at the earliest," the source added.