Advertisement
HomeBOLLYWOODENTERTAINMENT NEWSAlia Bhatt to feature in a comic drama produced by Shah Rukh Khan? Film to reportedly go on floors by early next year

Alia Bhatt to feature in a comic drama produced by Shah Rukh Khan? Film to reportedly go on floors by early next year

Alia Bhatt is among the busiest actresses in tinsel town currently. With multiple projects on her plate, the actress is leaving her fans delighted. Now, as her film Sadak 2 will premiere this evening, rumour has it that Alia will be reuniting with her Dear Zindagi co-star Shah Rukh Khan for an upcoming venture. Apparently, the 54-year-old superstar won't share the screen space with her but produce the film. A report in a leading daily stated that the 27-year-old Bhatt girl is in talks with Shah Rukh's production house Red Chillies Entertainment for a comic drama. A source close to the development told the daily that Alia expressed her interest in the subject in the first round of narration and will hear the final script in the next few months. Reportedly, a director is yet to come on board and the film is said to go on floors early next year.

"Among the many projects on Red Chillies Entertainment's roster is a woman-led comic-drama. The first round of narration has happened with Alia, who has expressed her interest in the subject. She will hear the final script in the coming months, post which she will sign on the dotted line. The makers have a few directors in mind and will zero in on one soon. The film is likely to go on floors by early next year," the source told. 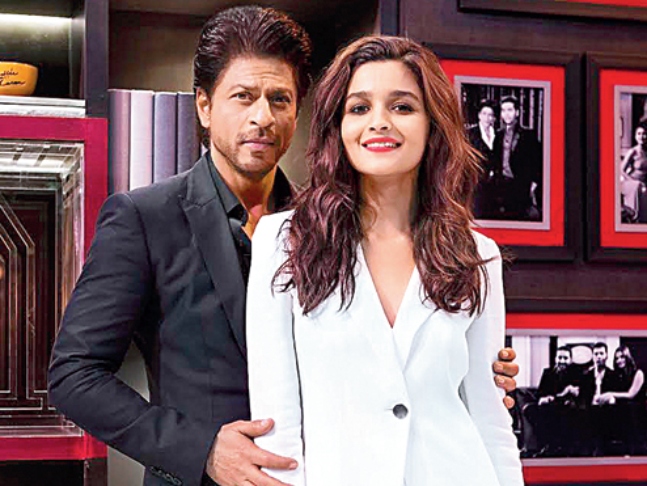