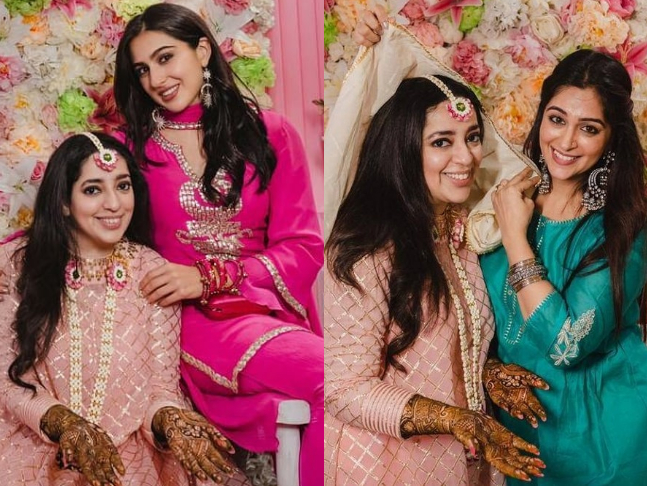 Filmmaker-writer JP Dutta and actress Bindiya Goswami’s daughter, producer Nidhi Dutta, will tie the knot with director Binoy Gandhi this December. The couple will exchange rings tomorrow in the presence of their families and friends.

Soon after the mehendi ceremony on Thursday, Nidhi explained why they decided to have the engagement despite the partial lockdown due to the COVID19 pandemic. She said, “As a family, we have always wanted to do all things auspicious during the 11 days when Lord Ganesha comes to visit every year and it’s a tradition my parents didn’t want broken. So our engagement will happen with a small and intimate gathering of about 25 people, with the blessings of Bappa.” 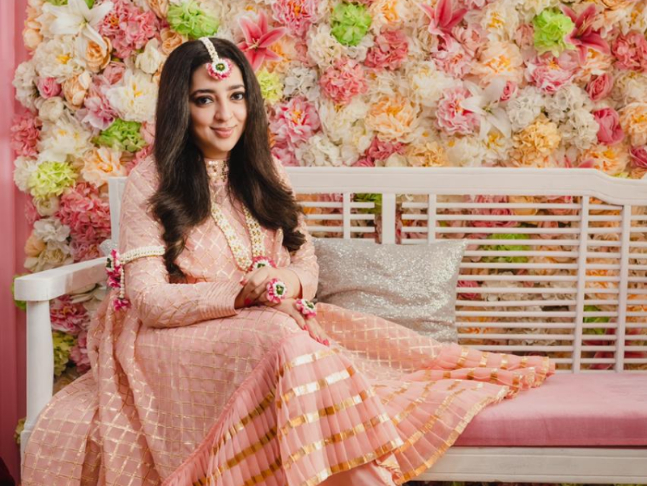 RECOMMENDED READ: ‘Weerushka on the way! Butter for beta or beti,’ says Amul as it wishes Anushka Sharma and Virat Kohli on their first pregnancy 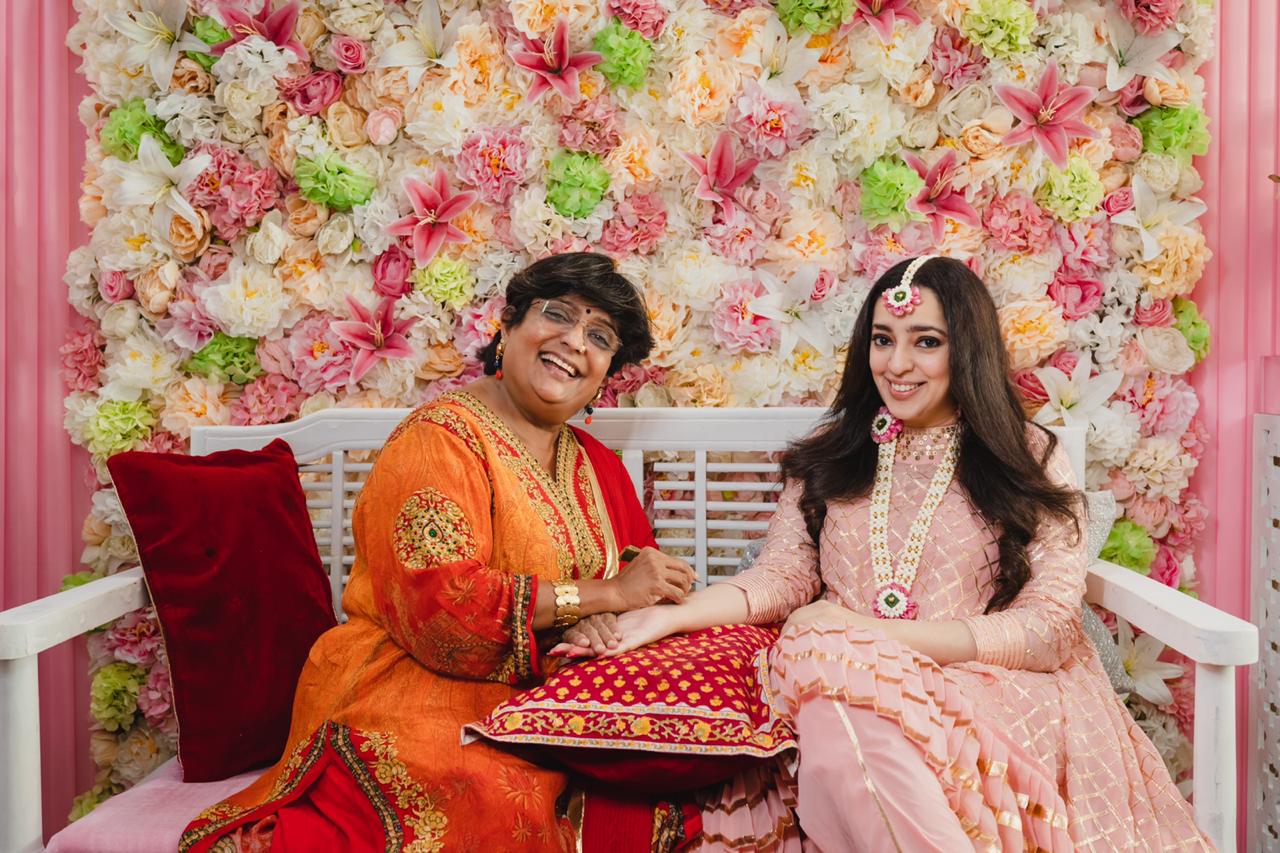 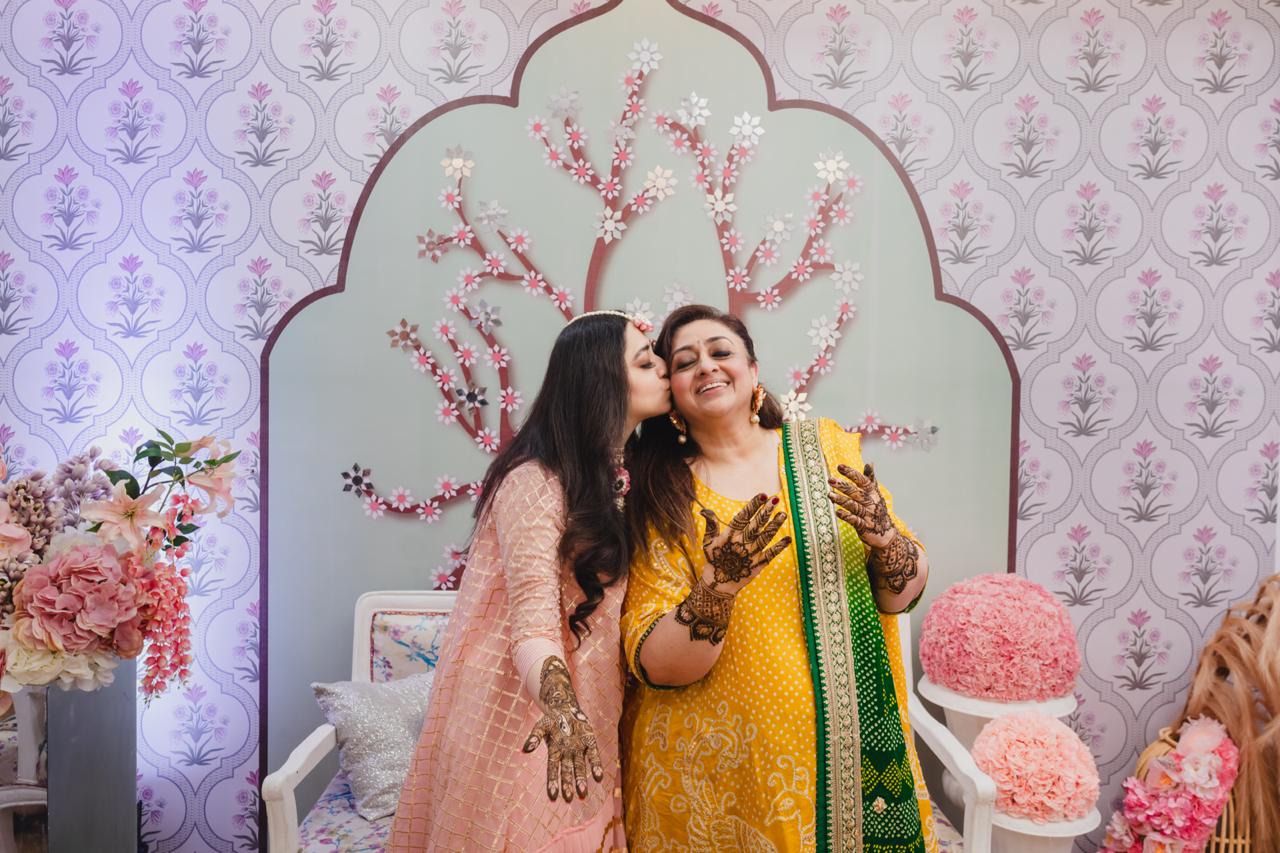 Talking about her love story and what Binoy means to her, she says, “For Binoy and me it’s been a little bit of history repeating itself and too many similarities between my parents’ love story and ours. Mom and dad met on a film called Sarhad which was supposed to be dad’s directorial debut and mom was to act in it. The film never saw the light of day, but turned out to be the reason for their happily ever after.” 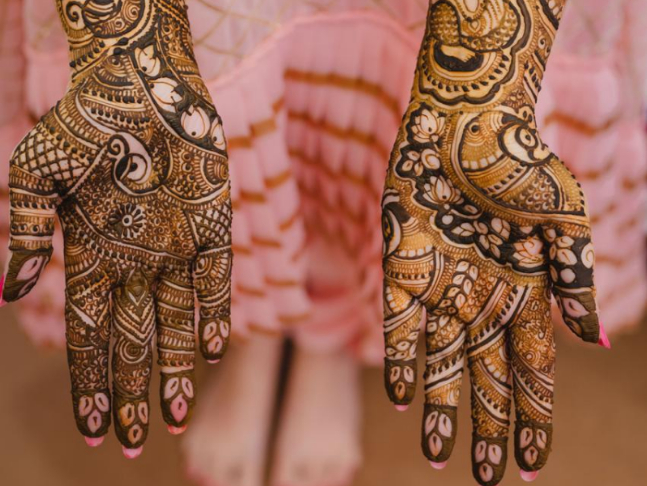 She added, “For us, we met through a common friend. Binoy was to direct a film for our company, so it was his directorial debut and I was to act in it. Again, the film never saw the light of the day, but turned out to be the beginning of our happily ever after. Binoy is reason behind my smile. I’ve always tried to be a son to my family, be the responsible one, be the grown up and somewhere I forgot what it was like to be spoilt and what it was like to have someone to lean on no matter what. Binoy has been my support system, my happiness quotient and the reason behind my smile for five years now.” 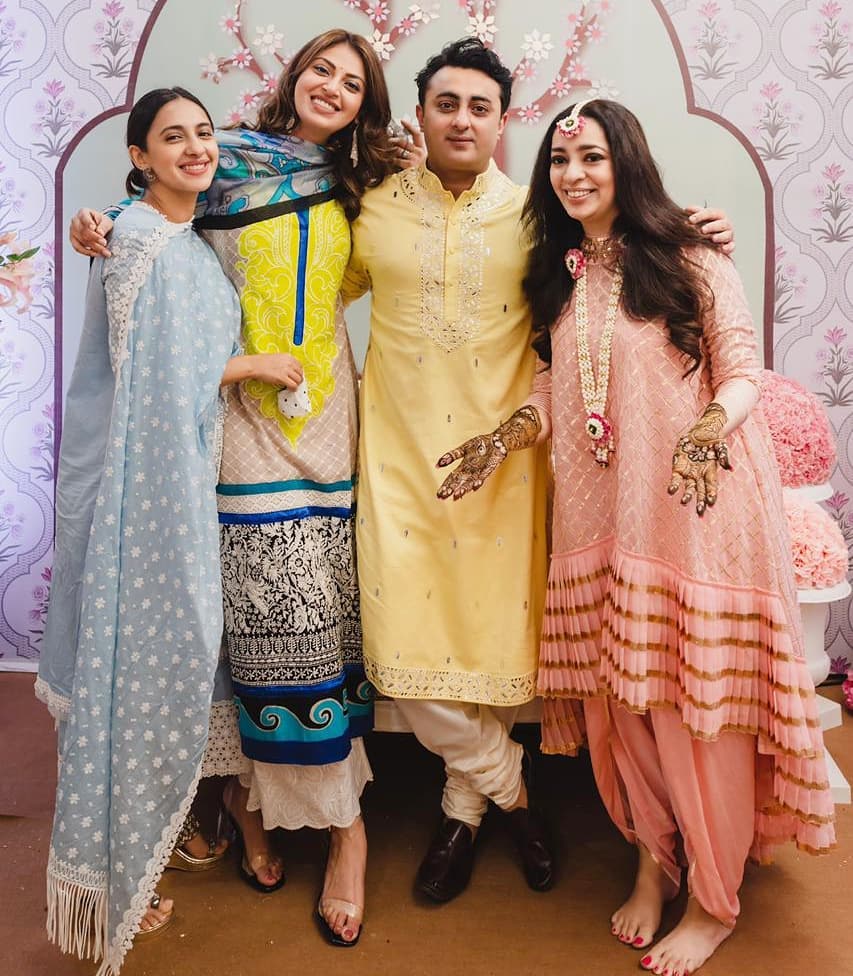 Talking about his bond with Nidhi, Binoy says, "Nidhi is my universe. She makes me look and feel better in every way possible. If I want to be happy, I call her. If I’m sad about something, I call her. If there’s some script idea, I call her, and if there’s some food to eat, I call her. Basically, my heart beats because of her. She’s my best friend, my guiding angel and most importantly, the love of my life." 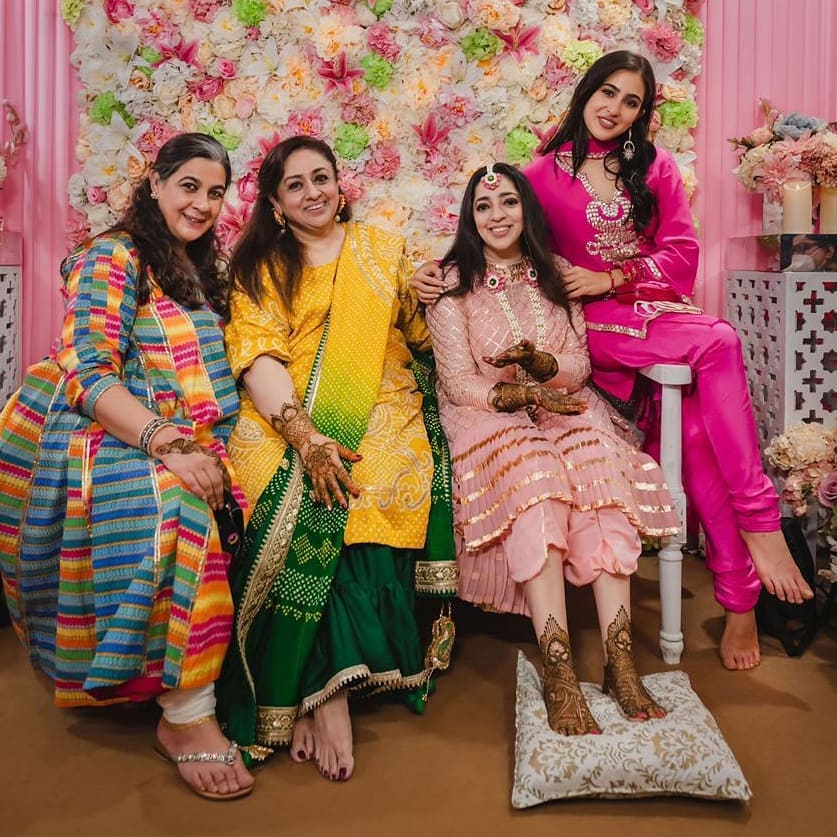 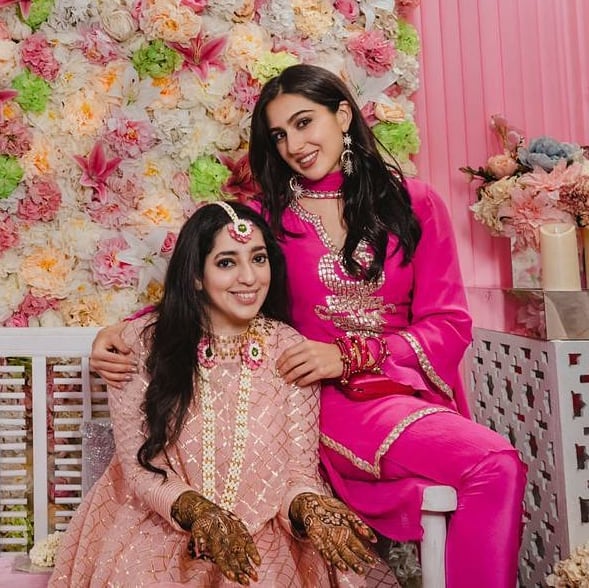 Their mehendi photos are extremely beautiful and show their happiness. Sisters Anushka Ranjan and Akansha Ranjan, as well as mother-daughter duo Amrita Singh and Sara Ali Khan were clicked at the mehendi ceremony. 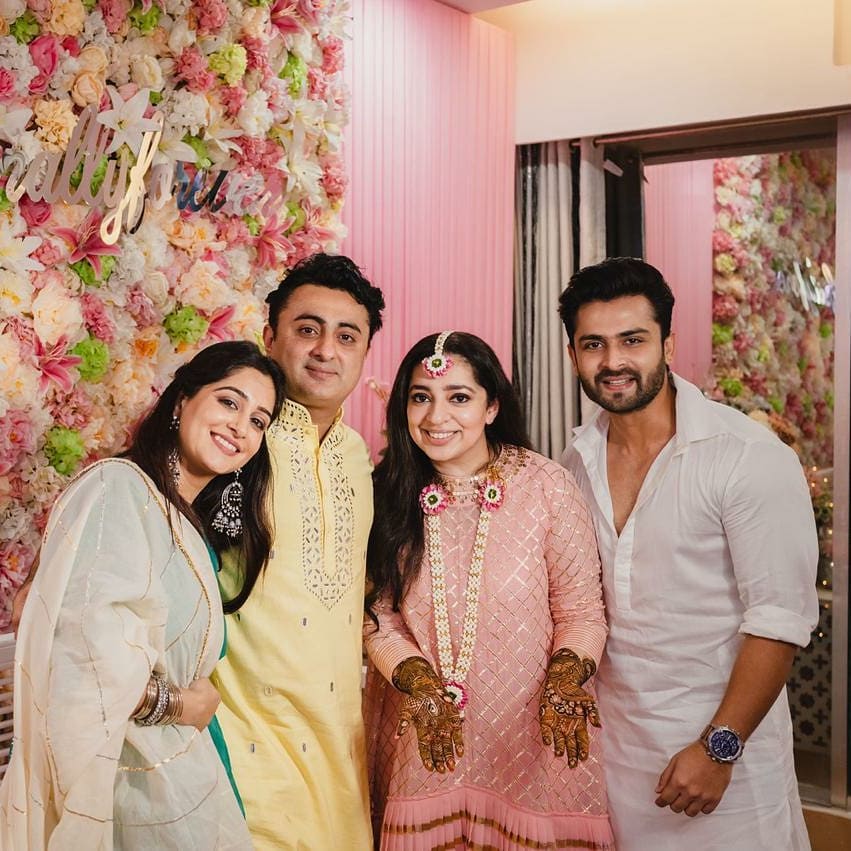 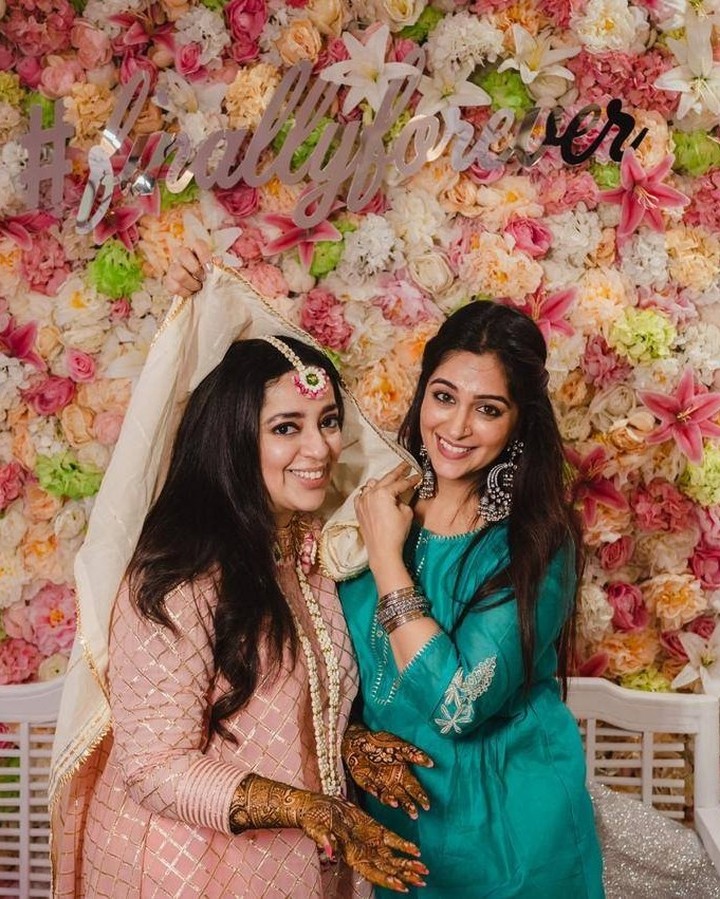 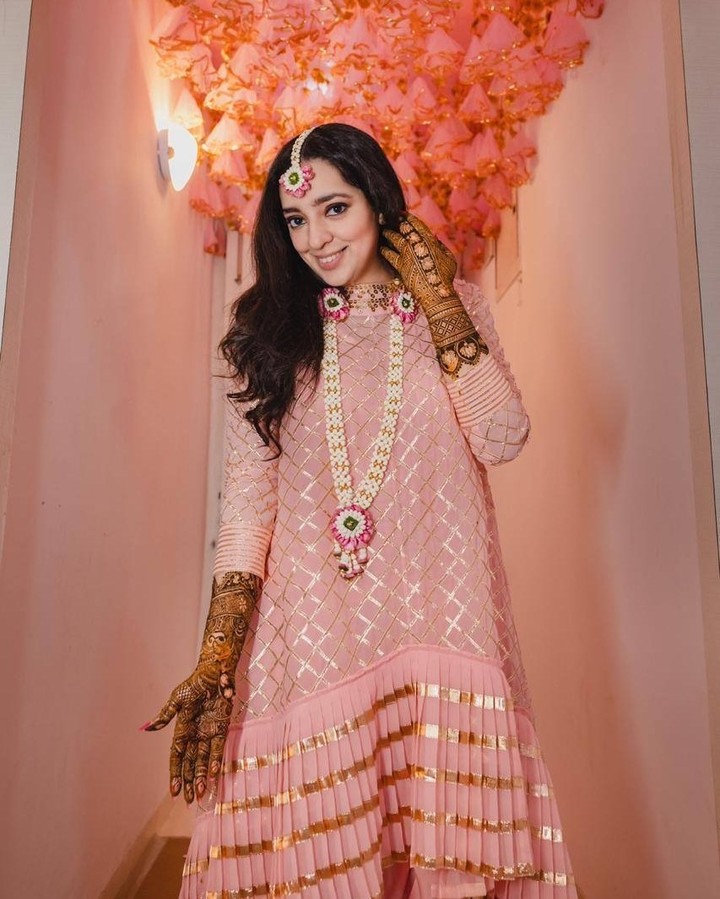 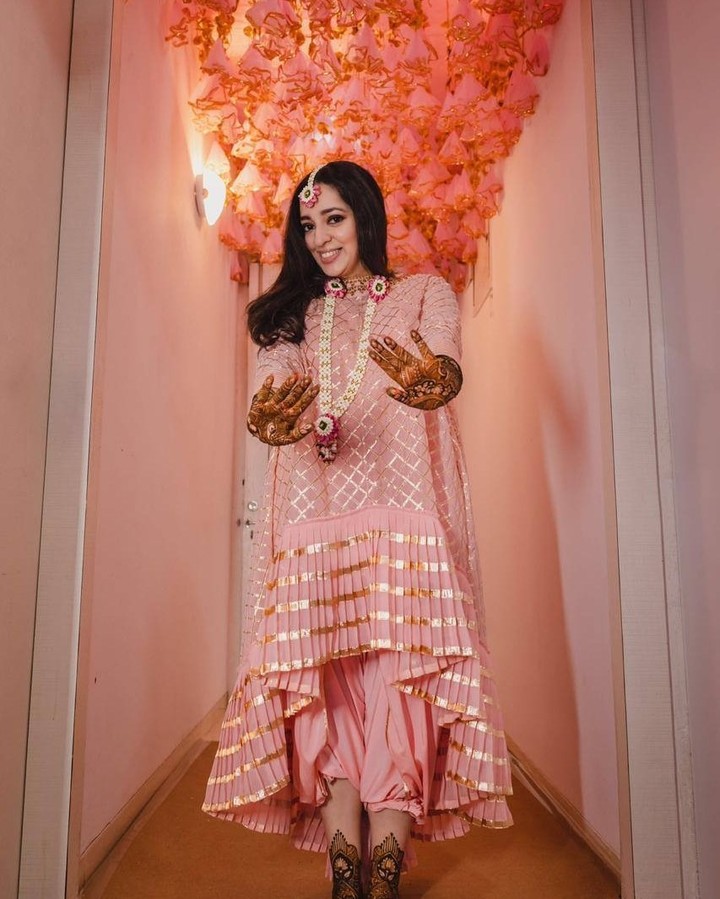 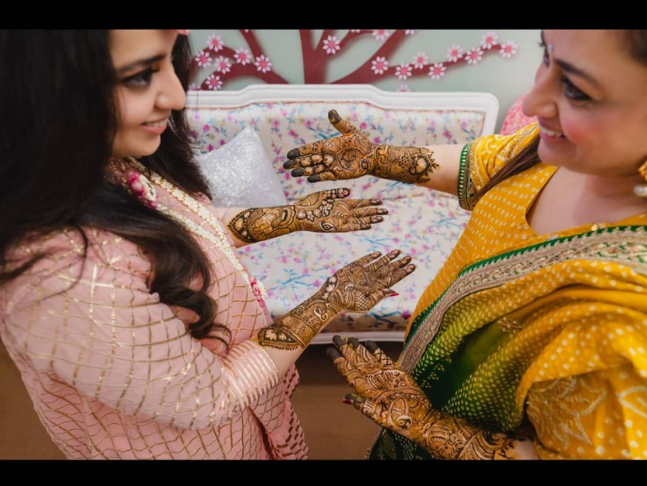 The mehendi was applied by celebrity mehendi artist Veena Nagda. Nidhi and Binoy will get engaged tomorrow in an intimate ceremony.