After keeping his fans waiting for a year and a half, Shah Rukh Khan will shortly announce his next lineup of films. Shah Rukh, who took a break from films after Zero, has two films in the pipeline. The first one is Siddharth Anand's big-budget actioner Pathan produced by Yash Raj Films and the other is Rajkumar Hirani's social drama. While both the films are yet to be announced officially, rumour has it that Taapsee Pannu might star opposite the superstar in Hirani's project.

According to an entertainment portal, Taapsee, who has proved her mettle as an actress with films like Pink, Saand Ki Aankh, Badla, Manmarziyaan, Thappad and more, the makers are reportedly considering her as the lead opposite Shah Rukh. Well, if true, this will be the first time Taapsee and Shah Rukh will share the screen space. Earlier, they had collaborated for Badla, but the latter served only as the producer. 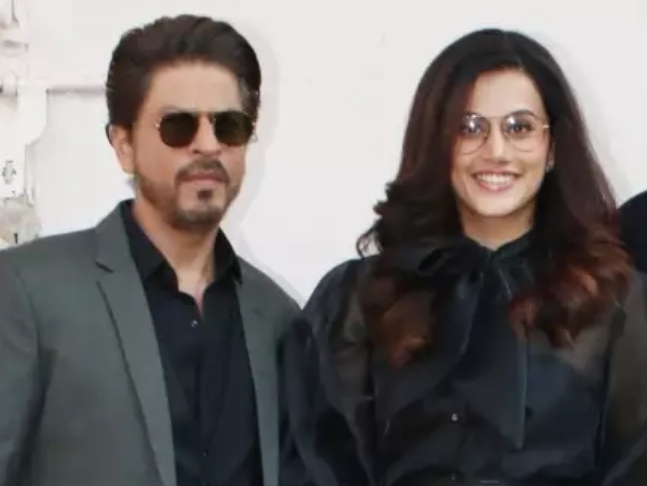 Workwise, Taapsee was last seen in Thappad which released before the lockdown this year. The actress has a supernatural thriller with Anurag Kashyap, the sports drama Rashmi Rocket, a crime-thriller titled Haseen Dillruba co-starring Vikrant Massey and Mithali Raj's biopic Shabaash Mithu.

Shah Rukh, in Pathan, which will be announced on late Yash Chopra's birthday (September 27), will be joined by John Abraham. Deepika Padukone is expected to be the leading lady.