What made it so special was seeing the joy and pride it gave my family: Priyanka Chopra Jonas recalls receiving Padma Shri honour in 2016 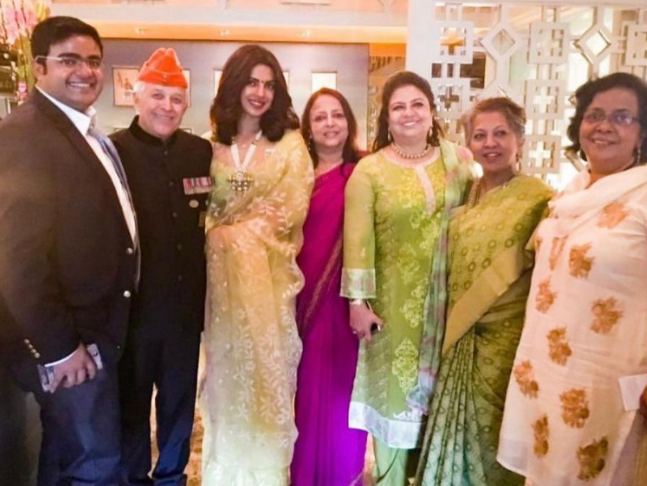 Priyanka Chopra Jonas, who was conferred with the Padma Shri in 2016, took a trip down memory lane recalling her momentous achievement. Recalling the honour bestowed upon her by the Indian Government, she said that receiving the award from President Pranab Mukherjee was made even more special by the pride and joy of her family members.

Priyanka took to social media to share pictures from the ceremony as well as show her award. She penned a heartfelt note for her family that came and cheered for her. However, she wrote that the only thing missing that day was the presence of her father and ‘even though he wasn’t physically there, she carried him with her and he was, and is, a big part of her journey’.

Sharing the pictures on Instagram and Twitter, she wrote, “When I look at these pictures and think back to that day I was conferred the Padma Shri - the fourth highest civilian award in India, it brings back so many incredible memories. While it was definitely a personal achievement for me, what made it so special was seeing the joy and pride it gave my family.”

She further wrote, “With our military background, I can't even explain what a honour of this stature meant to me and my family. My Nani (grandmother), Bade Papa (eldest uncle), my mom, brother and my masis and mami (aunts) joined me that day and they were beyond thrilled to be at the iconic Rashtrapati Bhavan (the residence of the President) for the ceremony. Bade Papa came in uniform and looking at him as he stood beaming with pride, I truly understood what a moment it was for all of us. The only thing missing was my dad... even though he wasn’t physically there, I carried him with me. He was and is a big part of my journey…#20in2020 @chopramm2001 @siddharthchopra89 @vimlaakhouri @kmm2004 @neelaakhouri #BrigVKChopra #nani.”

Priyanka, who completed two decades in showbiz this year, has been taking to social media to revisit key memories from her incredible journey.