Advertisement
HomeBOLLYWOODENTERTAINMENT NEWS‘Saif sir has his own way of thinking,’ says Adipurush director Om Raut on actor’s humane Raavan statement; actor thanks work for getting him out of ‘mental and professional ditch’

‘Saif sir has his own way of thinking,’ says Adipurush director Om Raut on actor’s humane Raavan statement; actor thanks work for getting him out of ‘mental and professional ditch’

Saif Ali Khan received a lot of backlash about the humane treatment of Raavan in Om Raut’s upcoming mythological epic, Adipurush which will justify his abduction of Sita in the Ramayana. Later he had to retract his statement. Now, in a separate interview, Raut has come forward to say that he would have preferred to not have drawn negative attention towards the film before its release and gave a clarification on Saif’s unsavoury comments.

Asked if Saif has an ‘honesty problem’ or a ‘foot-in-mouth problem’, Raut said, “I think Saif sir has his own way of thinking. What he kind of meant and what comes out is maybe not always communicated well. That’s one thing that we’ve come over... We’re over it. I love Saif sir for the commitment he has for the subject, the type of reading that he has done. That’s the Saif Ali Khan that we should know, and that’s the Saif Ali Khan that’s a page of Indian cinema.” Raut said that he wouldn’t want to add to Saif’s last statement, and said, “As a writer-director, you want your piece of art to do the speaking.” 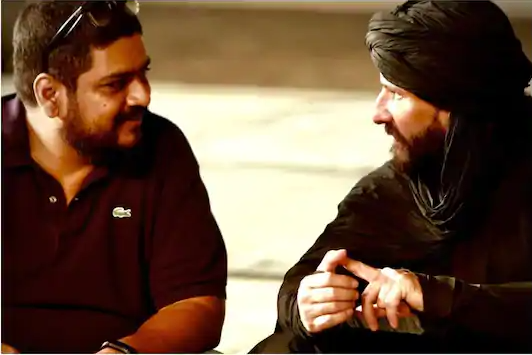 On the other hand, in a separate interview, Saif spoke about how he came out of a ‘ditch’ mentally and professionally through his work. He thanked filmmakers for offering him good roles so he could start a second innings of his career. He told an online portal, “Honestly, I believe I have worked very hard. I was in a bit of a ditch, mentally and professionally. I managed to get out of that. It is like climbing a mountain. I feel like I am on base camp 1 and we have made progress but there is a long way to go. The ropes are set, the boots are tied, and we have got our sights on the hill and we are climbing. There is a really nice line up. I am super excited Bhoot Police is finally, 80% complete and it’s a dream role for me. We really had a good time doing that.”

He further added, “It is a nice place to be. It has not been particularly easy. The work has been fab, a lot of people have been super supportive and it’s nice. Because it is the only thing that has gotten me out of that feeling. Just by working hard and choosing the right scripts. People have also supported me by offering me those parts.”