Report: Varun Dhawan hosted a bachelor's party on Friday, danced the night away

Bollywood's heartthrob Varun Dhawan is all set to tie the knot with his childhood sweetheart, Natasha Dalal. PeepingMoon was the first one to inform its readers that the Bollywood actor will be tying the knot with Natasha on January 24 in Alibaug. Yesterday, Varun and Natasha along with their families, reached their wedding destination for the pre-wedding festivities.

On the night of January 22, Varun had a bachelor party with a few of his friends and enjoyed a night of dancing and making merry. As per a report in a leading daily, the party went on till the wee hours of Saturday and included some of Varun's close friends. The party was held at a place which is five minutes away from The Mansion House. Reports also suggest that director Shashank Khaitan was also a part of Varun's bachelor party. 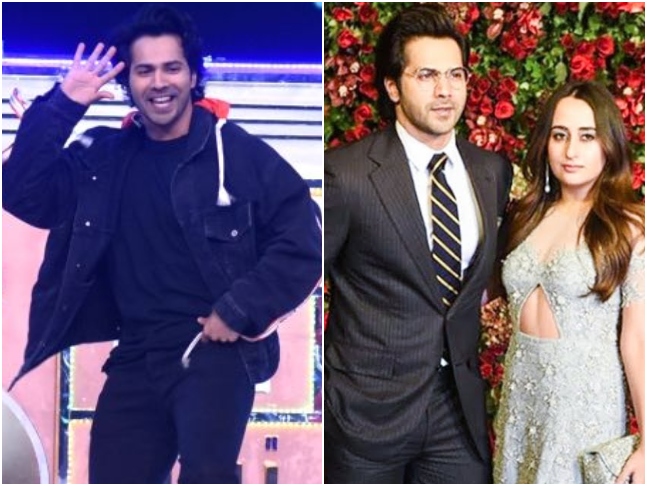 Recommended Read: Groom-to-be Varun Dhawan arrives at his wedding venue ahead of festivities, greets the paparazzi

Today morning, Varun was snapped outside his wedding venue as he greeted the paparazzi. He was soon joined by Shashank and celebrity designer Manish Malhotra. It is said that VD and Natasha will jet off to Turkey next week after their wedding ceremonies.

The 'Hashtag VaruSha' wedding will be a five-day-long celebration. Starting today, the festivities are expected to conclude on January 26 with a reception for Bollywood wallahs in Mumbai. Sources reveal that bride Natasha has herself designed her wedding outfit. Natasha is a fashion designer who graduated in the US and returned to Mumbai to start her own label. Kunal Rawal will be designing Varun's outfit for the D-Day!