Advertisement
HomeBOLLYWOODENTERTAINMENT NEWSVarun Dhawan makes a typical Bollywood entry on the song 'Heeriye' at his wedding with Natasha Dalal?

Varun Dhawan makes a typical Bollywood entry on the song 'Heeriye' at his wedding with Natasha Dalal?

After being in a relationship for the longest time, Varun Dhawan will be marrying his childhood sweetheart, Natasha Dalal, in a close-knit ceremony in Alibaug. The wedding is currently taking place at The Mansion. The ceremony is highly-guarded and the staff members are asked to not use their mobile phones to preserve the privacy of the couple.

However, sources now claim that Varun's baarat has arrived. The actor entered dancing to the song Heeriye from Salaam E-Ishq. On a quad bike, Varun reportedly made a typical Bollywood entry to get his dulhania. As the baarat assembled, songs like Mere Yaar Ki Shaadi Hai, Saadi Gali, etc were reportedly played. 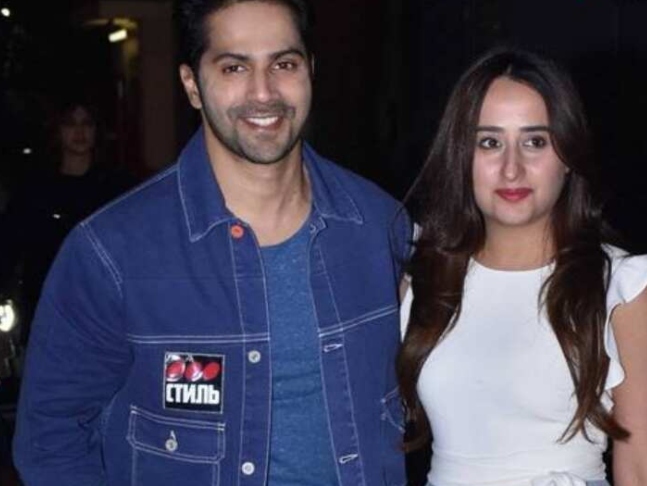 Recommended Read: Varun Dhawan and his dulhania Natasha Dalal to step out for media and paparazzi after wedding rituals

Varun and Natasha will be stepping out for pictures after the rituals are done.