Anand Pandit’s Chehre, directed by Rumy Jafry has received an overwhelming response from not only the audience but critics as well. Ever since the makers released the posters, teasers and the trailer, the anticipation to watch the ensemble cast on the big screens, for the first time, has been building day by day.

After the lockdown last year, many filmmakers were awaiting the release of their upcoming films in 2021. Even though the theatres and other establishments are functioning smoothly across the country, the sudden spike in COVID-19 cases is a matter of concern. Considering the situation the nation is going through and keeping the safety of fans in mind, Anand Pandit Motion Pictures has decided to postpone the release of their much-anticipated film Chehre. 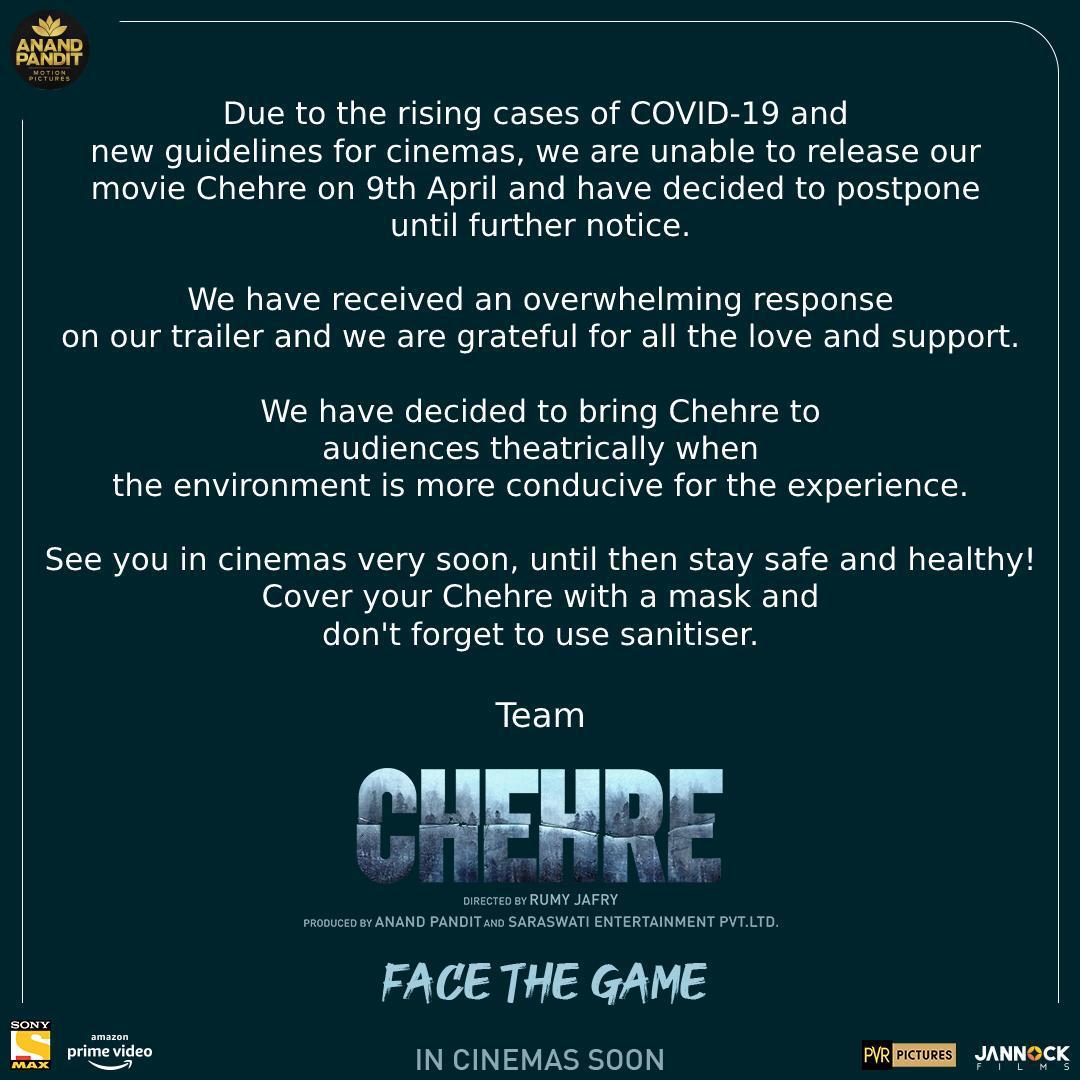 Starring Amitabh Bachchan and Emraan Hashmi in the lead, the mystery-thriller was all set to release on April 9, 2021. However, the film is now pushed ahead and the new release date will be announced soon. Talking about the decision, Anand said, "Considering the situation and safety of our audiences and fans which is of utmost importance to us, we have decided to postpone our film Chehre. The team has taken immense efforts to make it a great cinematic experience and we are looking forward to our audiences coming to the theatres safely."

Karan Tacker shares picture with IPS Amit Lodha, says 'I'm forever indebted to you' after playing his role in Khakee: The Bihar Chapter

Anushka Sharma back on screen after a hiatus of 4 years, makes a cameo in Qala's song Ghodey Pe Sawaar