Advertisement
HomeBOLLYWOODENTERTAINMENT NEWSRanbir Kapoor and Rajkumar Hirani to team up once again for their next film?

Ranbir Kapoor and Rajkumar Hirani to team up once again for their next film?

Ranbir Kapoor had teamed up with Rajkumar Hirani for Sanju (2018). The film based on the life of Sanjay Dutt won critical as well as commercial appreciation and became a game-changer for Ranbir. Now, 3 years later, rumour has it that Ranbir and Rajkumar are collaborating for a social drama. But, reportedly, it isn't the sequel to Aamir Khan's PK, which is on the cards too.

A source close to the development told an entertainment portal, "Raju has a bank of ideas ready to roll, and while working on Sanju, he had discussed one particular plot with Ranbir, which the actor fell in love with. In fact, that was supposed to be Hirani’s immediate next after Sanju at one point in time, as Shah Rukh Khan had multiple film commitments lined up." 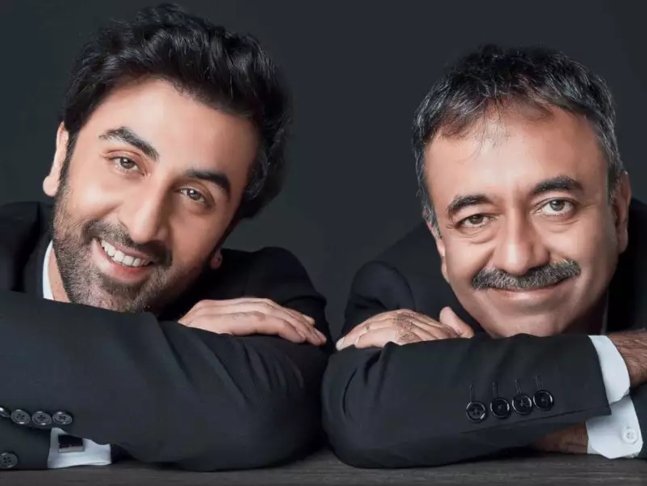 As per the report, when Shah Rukh agreed to do a film with Rajkumar, the filmmaker discussed two ideas – one was a two-hero film similar to the Munnabhai franchise with the superstar and a young actor. The second one was the immigration story. While Shah Rukh loved both the scripts, he was reportedly more inclined towards the second idea. The film is now being developed.

The source revealed, "Hirani had also discussed the immigration story with Ranbir on a personal front, that he is developing at present for Shah Rukh Khan. RK had loved that one too, but, the story demanded a senior actor. Hirani had expressed his idea of making it with Shah Rukh Khan, and Ranbir felt that the actor would fit the character like a hand in glove. Ranbir has gone around in his friend circles saying that the SRK - Raju Hirani film will be a game-changer for Bollywood."

The source concluded by saying that when Rajkumar is done with the film with Shah Rukh, he'll start work on the project with Ranbir. "He is definitely doing one more film with Ranbir, and it’s just a matter of time. Right now, all energies are on developing and taking his next on floors. Once that’s out of the system, will the Ranbir film come to the forefront. The actor has already said a yes to the idea, and will adjust the dates of Hirani, as and when, the director is ready to roll," the source shared.

Workwise, Ranbir will be seen in Shamshera and Brahmastra. He has also signed Luv Ranjan's upcoming film and Sandeep Reddy Vanga's Animal.