Advertisement
HomeBOLLYWOODENTERTAINMENT NEWSRaveena Tandon reveals how she deals with negativity on social media, says 'I just cut them away from my life'

Raveena Tandon reveals how she deals with negativity on social media, says 'I just cut them away from my life'

Raveena Tandon has been one of the most successful actresses of the '90s and we would all agree with that. Be it playing iconic roles or being a part of some of the most classic numbers, the actress ruled the era. Now, talking to a leading daily, Raveena revealed the kind of movie she would like to a part of today. The actress also talked about how social media can sometimes be a 'bane'.

Talking about making a debut today, Raveena said, "If I were to debut in today’s time, I think I would like to be a part of films that Sanjay Leela Bhansali makes. We also have films like ‘Highway’ being made, that completely blow me away. There are many new and young directors now who are making great films with women actors. I am happy that I am still a part of the industry and I get to see the change. I will next be seen in ‘KGF: Chapter 2’ and I am glad that I am still around to do these kinds of magnificent roles." 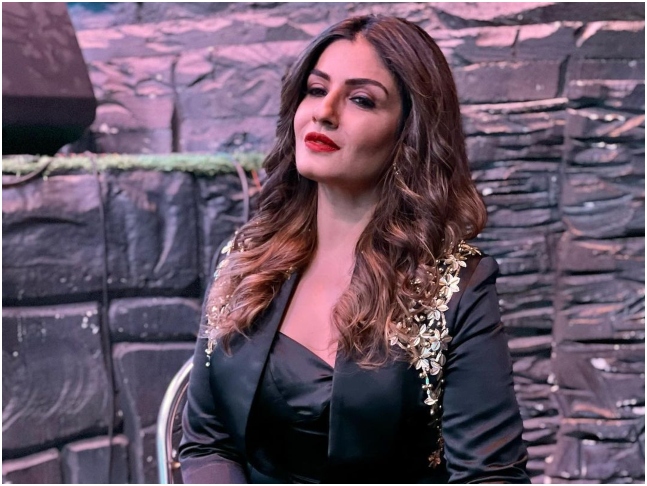 Talking about negativity on social media, Raveena said, "I like the reach that we have with social media. I think it is a boon and yes it can be a bane sometimes with these negativities and trolls. But we have been dealing with them forever, as far as we actors are concerned. We have been dealing with them through various publications as well. There are a bunch of some really negative people, some of who have become producers and are making actors dance to their tunes. Although such people are still around, I kept away from them then and continue to do so even now. I don’t respond to trolls. I just cut them away from my life. I think that is the best thing that one can do. One should stay around positive people who think and mean well for you and are good people themselves."

On theatrical releases being affected due to the pandemic, Raveena said, "I don’t think the theatrical releases will ever end. It is something that will definitely bounce back. Fortunately for us, there will be a time when the lockdown will be over and people will come back to theatres. Where else do people go for entertainment? There are just cinemas and the malls. I think these are the places people are looking forward to getting back to."

On the work front, Raveena will be next seen in KGF: Chapter 2 and Vijay Gutte’s drama series Legacy.