Kangana Ranaut was an active Twitter user. The actress made sure of putting forth her opinion on social media without thinking much. Be it expressing her political thoughts or slamming her Bollywood contemporaries, she made the most of the micro-blogging site. Now, one won't be able to read Kangana's tweets.

Why? Because Twitter has suspended Kangana's account for violating the micro-blogging site's rules. In the past few days, Kangana made objectionable comments on West Bengal Chief Minister Mamata Banerjee after the announcement of Assembly Elections results on May 2. Not only this, she also asked people to plant more trees as the demand for oxygen is going up in the country with rising COVID-19 cases. She also said people using oxygen should pledge to work on improving air quality. 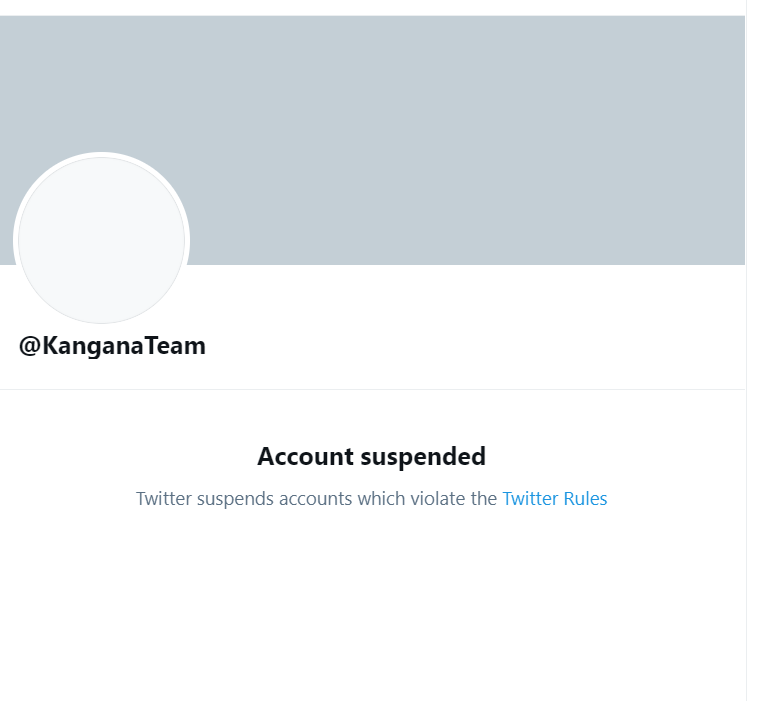 In January this year, Kangana's Twitter account was temporarily suspended. She made controversial statements on farmers' protest in Punjab too.