Advertisement
HomeBOLLYWOODENTERTAINMENT NEWSI was really pissed off: When Sonam Kapoor was PMSing the day husband Anand Ahuja proposed to her

I was really pissed off: When Sonam Kapoor was PMSing the day husband Anand Ahuja proposed to her

Bollywood actress Sonam Kapoor Ahuja and her businessman husband Anand Ahuja have completed three happy years of marriage. The couple celebrates their third wedding anniversary today. The two tied the knot in Mumbai on May 8, 2018, with a lot of glam and show.

Sonam had once revealed that her proposal was as simple as it could have gotten. Appearing on a talk show in 2018, the actress revealed Anand had planned a grand proposal. However, when the couple was in New York together, and Sonam was having a bad day, Anand surprised her by going down on one knee. Sonam appeared on the show Feet Up With The Stars where she spoke about Anand's proposal. She recalled having 'a stupid fight' because she was ‘PMSing really badly’. She was also upset about losing her favourite pair of sunglasses. 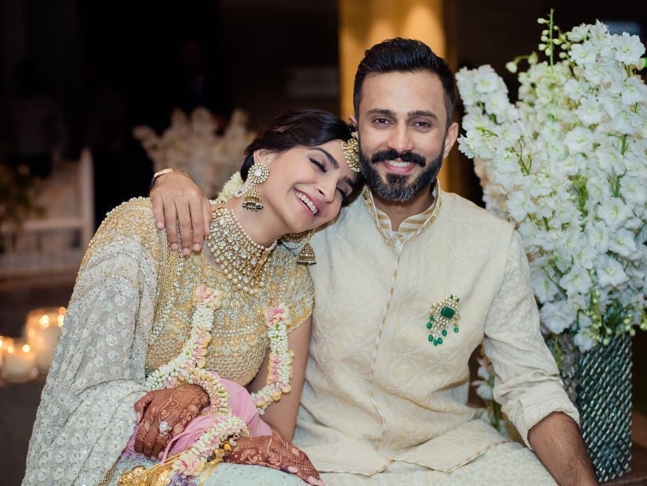 She said, "He picked me up from my pilates class, which was a huge disaster as well, and I was really pissed off. I remember we were walking to the hotel. He had his bike...he likes to cycle...and I was walking with him. He just got down on his knee in the middle of the New York street and said, ‘Will you marry me?’ I was like, ‘I was such a b***h all day'." Responding to his proposal, Sonam instantly said yes and also went down on her knees.

For the unversed, Sonam and Anand dated for three long years after which they tied the knot in a full Punjabi style wedding. The two reside in London and Sonam keeps flying to Mumbai for work. Anand, a successful businessman found love in Sonam, a Bollywood star back in 2014.