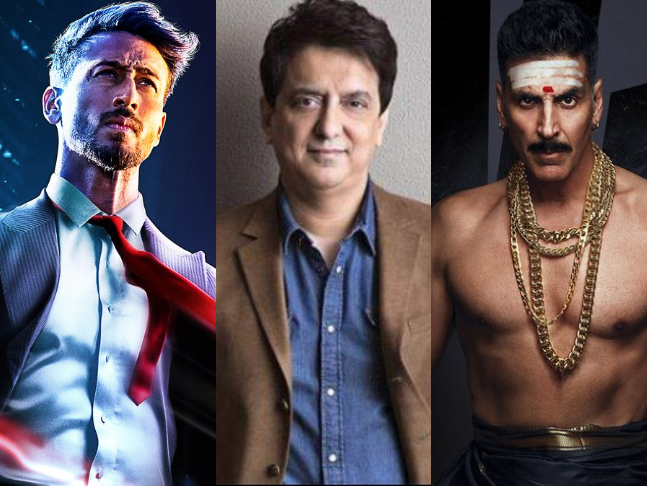 Sajid Nadiadwala will be vaccinating the entire crew of his upcoming films. Once the lockdown restrictions are lifted by the Government of Maharashtra, Nadiadwala's action entertainers are expected to get back into their shoot schedules.

Vaccination drives are in full swing in India. The Government of Maharashtra has recently given permission to the residential societies to conduct the drives for their housing residents. Even many business houses including the film industry are taking the step forward to vaccinate their units in the mission to begin again and restart operations. It is expected that by the month of June, things may start to open up in a phased manner. And as per reports, Sajid Nadiadwala has also decided to vaccinate the units of his upcoming productions including, Akshay Kumar and Kriti Sanon starrer, Bachchan Pandey, Salman Khan and Pooja Hegde's Kabhi Eid Kabhi Diwali, Tiger Shroff's Heropanti 2, Ahan Pandey's debut film alongside Tara Sutaria, Tadap. A source close to the development had revealed to a leading portal, "Apart from the crew of his production ventures, the filmmaker is also looking after the vaccination of his office staff and their families. Around 500 employees and production crew are involved in this task. The vaccination ride will take place on Monday. Sajid is striving towards ensuring a safe shooting environment for everyone and the only way to take a stride in that direction is by organizing vaccination rides."

With Tadap in its post production stage and a last schedule of Bachchan Pandey left for shoot in Mumbai, Sajid wants to ensure safety at all stages of work for his films with the drive. Heropanti 2 is also expected to get back in action post the vaccination drive while Kabhi Eid Kabhi Diwali is in the pre-production stage and the unit is set for recce and other elements.