‘NO ‘Delta Variant’ in my building society,’ says Suniel Shetty refuting rumours of his residential apartment being sealed by BMC, says ‘family is safe’ 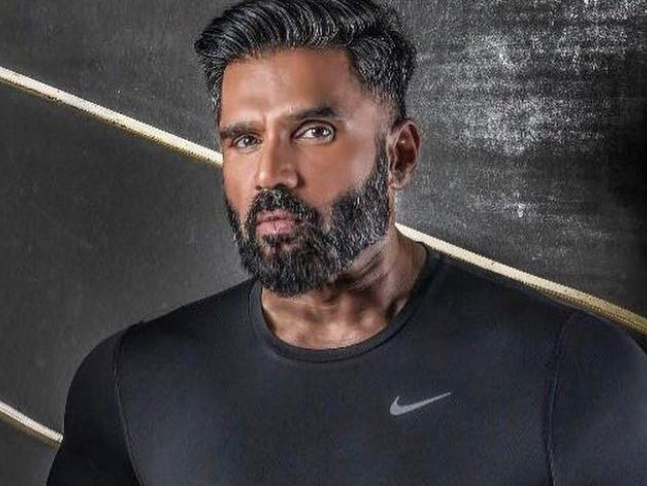 Suniel Shetty took to Twitter to refute rumours of his residential building being sealed by Brihanmumbai Municipal Corporation due to rising COVID-19 cases. It was erroneously reported in the media that Suniel’s building ‘Prithvi Apartments’ in South Mumbai’s Altamount Road has been sealed due to five cases of Coronavirus and the Delta Variant being found.

Taking to Twitter, Suniel dismissed the news and wrote, “Wow! Must say that fake news spreads quicker than any virus. People, pls don’t spread panic. There’s NO ‘Delta Variant’ in my building society. Just one COVID+ case & the patient is recuperating at Breach Candy hospital. The others are currently negative & self quarantined. My building is safe and the family is fine. One wing has a notice up but NOT entire building sealed as being misreported. My mother, my wife Mana, #Ahan, #Athiya & my staff; as well as the entire Bldg are fine & thank U for your good wishes. Sorry folks no #DELTA.” 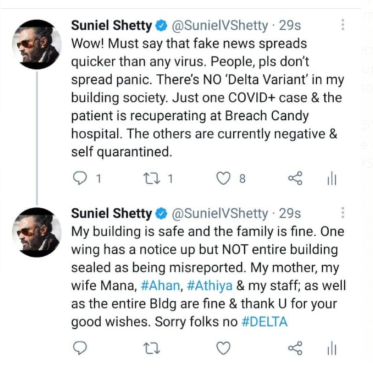 Reportedly, BMC assistant commissioner Prashant Gaikwad told news agency ANI, "Prithvi Apartments" was sealed on Saturday. People were not allowed to come." Upon being questioned by reporters that people's movement was visible despite the building being sealed, Prashant Gaikwad told that this is a violation of the COVID-19 protocols. "From now on, we will deploy police outside the building so that not a single person of the building can be called outside the premises."

However, the official had said that the actor’s family was safe. Now, that the actor has come forward and cleared the air it seems there must have been some error in reporting by media outlets.