Here’s a daily roundup of what our Bollywood celebs are up to. 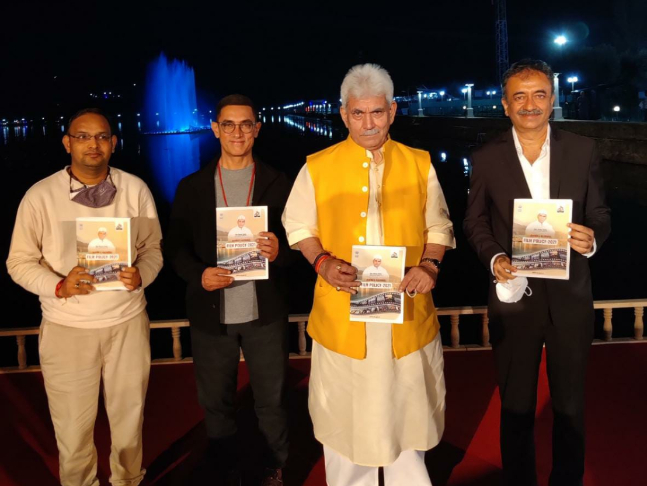 Film Policy of Jammu & Kashmir was launched by the Lt Governor Manoj Sinha in the presence of Aamir Khan, pilmmaker Rajkumar Hirani and Producer Mahaveer Jain in Srinagar. The idea is to make the state a shooting paradise by providing apt facilities and secured environment for the filmmakers. 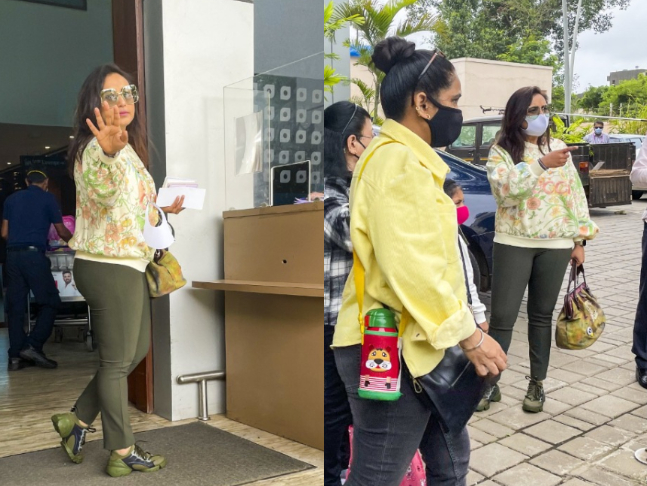 Rani Mukerji has left India to start shooting her much-awaited next theatrical Mrs Chatterjee vs Norway. Billed as an untold story about a journey of a mother’s battle against an entire country, the movie will be directed by Ashima Chibber, of Mere Dad Ki Maruti fame. A trade insider says, “Rani is set to start shooting the film in the next couple of days. She has done intensive preparation for the film which will be revealed in due course of time and one can expect a sublime Rani Mukerji performance as Mrs Chatterjee vs Norway is a complete author-backed role for her. Rani will be out of the country for over a month for this shoot. She has been waiting to start this project which is extremely close to her heart.”

“Mrs Chatterjee vs Norway is a story of true human resilience and it is a film that is dedicated to all the mothers out there. It is truly one of the most amazing scripts that I have read in a long time and I immediately decided to do this special film,” Rani had said during the film’s announcement. The project is being produced by Nikkhil Advani of Emmay Entertainment and Zee Studios. 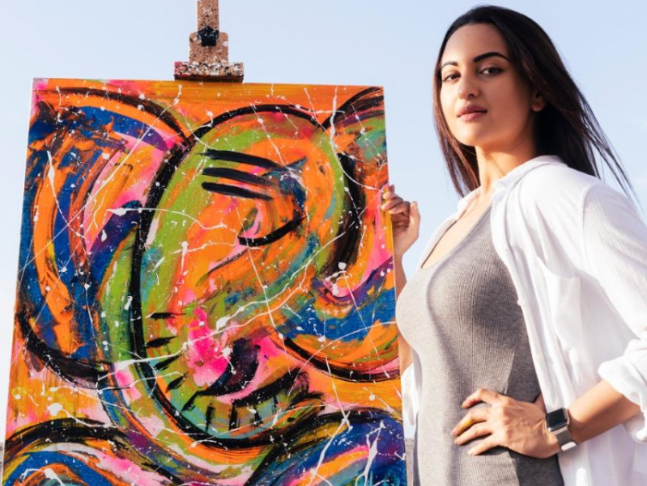 Sonakshi Sinha’s passion for art was evident during the lockdown when she gave us a sneak peek into her sketches and paintings through her social media feeds. Very recently, Sonakshi along with her brother Luv & Kush launched an art venture called the House of Creativity that bridges the gap between artists & buyers. Sonakshi herself is one of the artists on the platform. The actor is beyond happy as her first painting got sold out.  Sonakshi's painting 'Anaaye' that got sold captured flowing lines defining Ganesha.

Talking about the same she shared, "Art has always been a huge part of me that's why this feels even more special. I am an actor, I've made my name in this field of art, which is cinema but this is a whole different ballgame and it really feels like I'm making my debut again. I've always been quite low-key about my art until very recently.  House of Creativity has given me the right encouragement and motivation to share my art with the world and I am loving every bit of it." Sonakshi is a self-taught artist. As an artist, Sonakshi is inspired by everything she sees, consciously seeking patterns, colors & combinations in the ordinary.

After great anticipation and excitement, Kartik Aaryan has returned to shoot after a hiatus of 5 months, as he begins the filming of Freddy. Announcing the same on his social media, Kartik shared a clapboard image from the set with a heartfelt note for the film. Against the backdrop of the film set, Kartik shared an image hiding the face with the clapboard while sitting on a table showcasing a bouquet of roses. Expressing his thoughts about the film, Kartik said, "A film that’s been close to my heart, long before it began. Finally he comes to life !! Now shooting #Freddy.”

It's been hardly a week since Kartik announced joining hands with Ekta Kapoor and Jay Shewakramani for Freddy, directed by Shashanka Ghosh, and the actor has already began his shoot for the film in the city. On the very next day of the announcement, the actor had set off for the shoot and was spotted at Versova jetty making a stylish heroic entry on his Bullet. Getting into the skin of his character, Kartik Aaryan has now offered an insight into his film with the first clapboard image. The actor has even got a haircut for this role and shared the news with the netizens. However the heartthrob is not ready to reveal his look yet, as he’s constantly seen wearing a beanie to hide his hairstyle for his next and in this picture too, he goes undercover. Marking his first dark romantic thriller, Kartik unfolds a new facet of his personality with Freddy that has created a huge buzz amongst the audience and the industry alike.