With brown hair and beard, Salman Khan looks unrecognizable in the first leaked photos from 'Tiger 3' 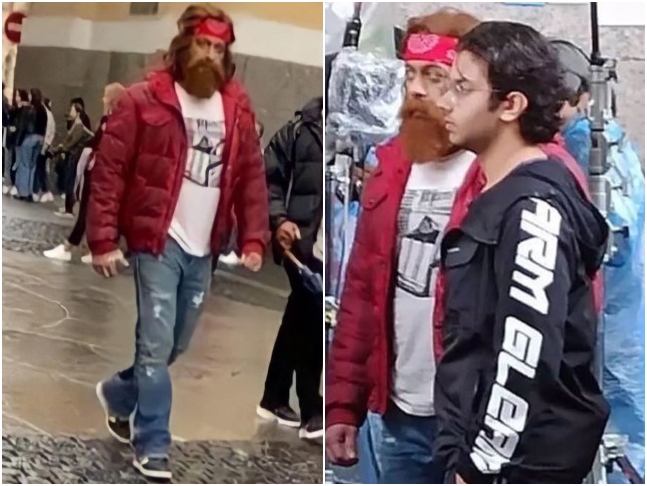 Salman Khan and Katrina Kaif have resumed shooting for Tiger 3 in Russia and we hear they are up for a physically challenging shoot that will push their bodies to the limit. Salman and Kat are one of the biggest on-screen jodis in the history of Indian cinema and Tiger 3 will reinvent them and present them in their fittest best ever!

In the pictures, the actor is seen sporting a brown beard and hair. Salman's nephew, Nirvan Khan, is seen standing beside him. Nirvan is assisting director Maneesh Sharma in the film.

Looks like Salman and Katrina are set for some breath-taking sequences.