Neha Dhupia and Angad Bedi become proud parents to a baby boy, announce their son's birth with a cute post

Neha Dhupia and Angad Bedi became parents for the second time today. The actor couple welcomed their son today and took to social media to announce the news. They have an older daughter named Mehr Dhupia Bedi.

Angad took to Instagram to share the happy news. Sharing a picture with Neha that shows off her baby bump, he captioned the post, “The almighty today blessed us with a baby boy. Both neha and the baby are well. Mehr is ready to pass on the "baby"title to the new arrival. #Bedisboy is here!!!!! Waheguru mehr kare @nehadhupia.” 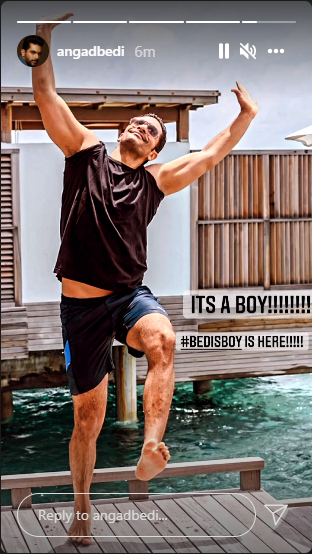 Neha and Angad have not revealed their son’s name yet.