Advertisement
HomeBOLLYWOODENTERTAINMENT NEWS‘Moment of pride and honour,’ says Karan Johar as he receives Padma Shri from President Ram Nath Kovind for his contribution to the field of performing arts

‘Moment of pride and honour,’ says Karan Johar as he receives Padma Shri from President Ram Nath Kovind for his contribution to the field of performing arts 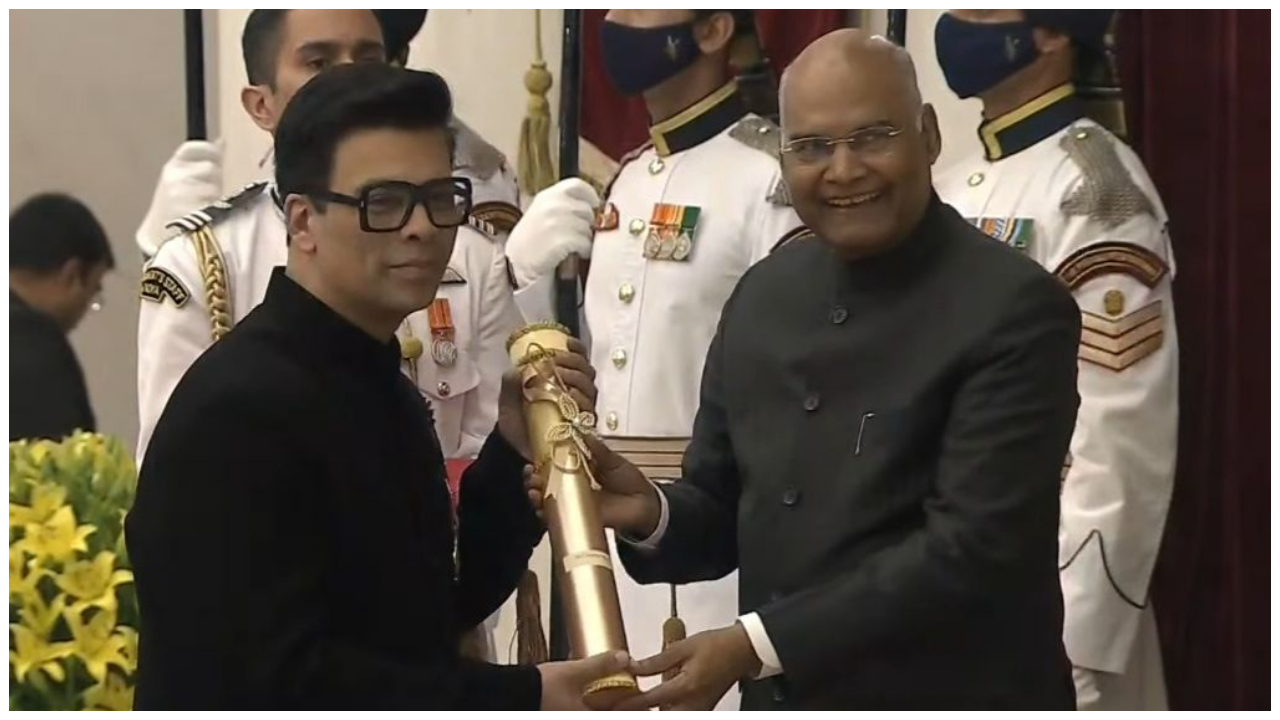 On January 26, 2020, the list of Padma Shri awardees was made official. Karan Johar, Ekta Kapoor, Kangana Ranaut and Adnan Sami were selected to receive the fourth highest civilian award. Today, they were presented with their Padma Shri awards by President Ram Nath Kovind at the Rashtrapati Bhavan in Delhi for their contribution to the field of performing arts.

Karan received the award from President Kovind and his production house Dharma Productions expressed their pride on getting the honour.

In October 2021, Karan completed 23 years as a director. His debut film was Kuch Kuch Hota Hai starring Shah Rukh Khan, Kajol and Rani Mukerji. Under his banner Dharma Productions, Karan has bankrolled several blockbusters in these 23 years. Recently, he forayed into the digital space and made anthologies like Lust Stories, Ghost Stories and Ajeeb Daastaans. After 5 years, Karan has returned to direction with Rocky Aur Rani Ki Prem Kahani co-starring Ranveer Singh, Alia Bhatt, Dharmendra, Jaya Bachchan and Shabana Azmi. He will be directing the Mughal period drama Takht.

President Kovind presents Padma Shri to Shri Karan Johar for Art. He is an acclaimed director and producer at the helm of Dharma Productions. He is acknowledged for his contribution to mainstream entertainment through his films. pic.twitter.com/Qwe8DzkRz1

Karan, as a producer, is on cloud nine. His films- Akshay Kumar's Sooryavanshi and Netflix's Meenakshi Sundareshwar- released on November 5 and are performing incredibly well.