Advertisement
HomeBOLLYWOODENTERTAINMENT NEWSSalman Khan's Chulbul Pandey to be a part of Rohit Shetty's cop universe? The filmmaker hints at a possible collaboration

Salman Khan's Chulbul Pandey to be a part of Rohit Shetty's cop universe? The filmmaker hints at a possible collaboration

Rohit Shetty's Sooryavanshi has taken the box office by storm. Starring Akshay Kumar, Katrina Kaif, Ajay Devgn, Ranveer Singh, Gulshan Grover and others, the cop-thriller has crossed the 100-crore mark within a week. With Sooryavanshi, Rohit's cop universe has Bollywood's 3 top-most actors- Akshay, Ajay and Ranveer. Now, fans are curious to know whether Hindi cinema's favourite cop Chulbul Pandey will be joining the universe. Salman Khan played the role of Chulbul a.k.a Robinhood Pandey in the Dabangg franchise.

In an interview with an entertainment portal, Rohit opened up about collaborating with Salman and introducing Chulbul to his cop universe. The filmmaker revealed, "We have spoken about it, but we haven’t started writing it. It’s too early to talk about anything right now. Now, I am speaking to him, in a week, we’ll film Cirkus’ last schedule. There’s still time for everything to happen. When it’ll happen, it’ll happen. But at present, we are going back to filming Cirkus." 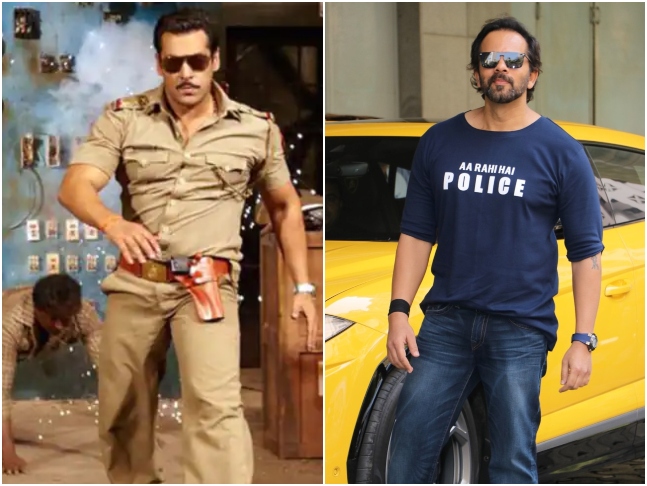 Rohit appeared on Salman's reality show Bigg Boss 15 with Katrina to promote Sooryavanshi. During the episode, Rohit and Salman hinted at a possible collaboration in the future. However, nothing much was revealed. Salman and Rohit share a great equation and are like brothers.

Workwise, Rohit is directing Ranveer once again in Cirkus co-starring Varun Sharma, Jacqueline Fernandez and Pooja Hegde. In 2019, he had announced Golmaal Five with Ajay Devgn and others. Singham 3 with Ajay is also on the cards.