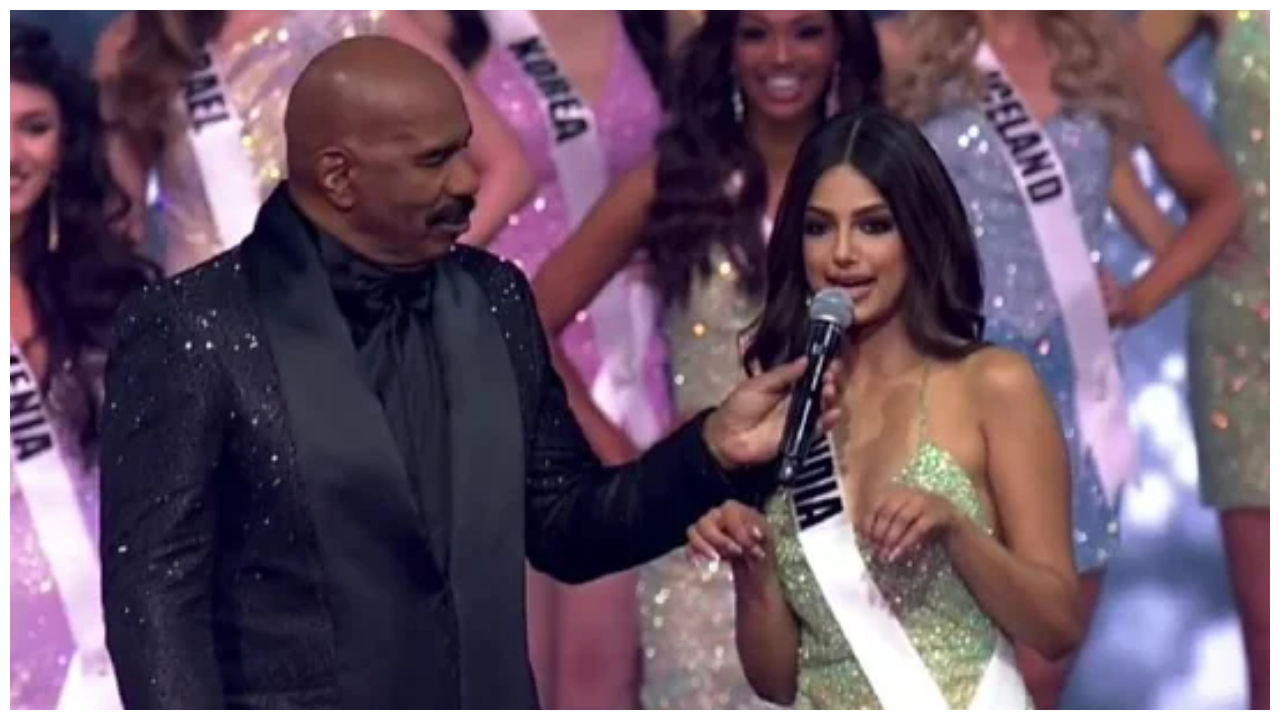 Steve Harvey has one again landed himself in a foot-in-the-mouth situation. He is being slammed for making Miss Universe 2021 Harnaaz Sandhu do cat impressions during the Miss Universe stage last week in Israel. Days after winning the title 21 years later for India, a video is going viral on social media where Harvey takes Harnaaz by surprise when instead of asking her about her accomplishments, he asked her, “I hear you do some pretty good animal impersonations. Let’s hear your best one."

Harnaaz laughed and replied, "Oh my god, Steve, I was not expecting to do this on the world stage." She added, "I have to do this, I have no other option." She then started meowing like a cat. Steve then moved forward and started asking questions to other contestants. This awkward question has irked the netizens who called it ‘disrespectful’ and called Harvey ‘irrelevant’.

RECOMMENDED READ: You were born in the year I won: Lara Dutta to her Miss Universe successor Harnaaz Kaur Sandhu for bringing crown home after 21 years

#steveharvey gotta go. Disrespectful while trying to be funny #MissUniverse

Is #SteveHarvey okay? Like, bifocals, cultural sensitivity training, geography lessons, how do we help this man? #MissUniverse2021

#SteveHarvey is irrelevant. What animal impression would he be best at? Try Pig.

What in the living was this about? While other contestants were asked about their accomplishments Miss India Harnaaz Sandhu was asked to do an animal impression and she meow’d on stage. I want to know who wrote this question for her?#MissUniverse #MissIndia #SteveHarvey

Harnaaz won the coveted crown after 21 long years for India. The last time India won the crown was in 2000 when Lara Dutta had brought the title home. Previous to Lara, Sushmita Sen was the first Indian woman to be crowned Miss Universe way back in 1994.