Katrina Kaif's younger sister Isabelle Kaif celebrated her birthday on Thursday. She is currently in Dubai for the shoot of her next film. Making the occasion special for her, Katrina, Vicky Kaushal, Sunny Kaushal and Amritpal Singh Bindra came together for a video call.

Katrina shared a glimpse of Isabelle's virtual birthday celebration. The newlywed actress is in Mumbai whereas her husband Vicky is in Indore for the shoot of his film with Sara Ali Khan. Sharing a picture on Instagram stories, Katrina wrote, "Happy happy happiest @isakaif - this is the year that will shower all the love light and happiness on you." 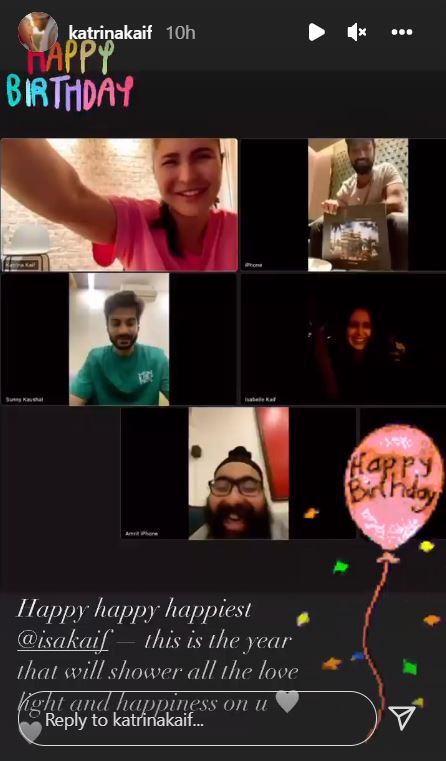 Recommended Read: Katrina Kaif comes to drop Vicky Kaushal at the airport after New Year celebration, gives him a hug

Vicky wished his sister-in-law on her birthday. Sharing a lovely picture of Isabelle, he wrote, "Happiest birthday Isy! Have the most wonderful time working and partying today." She replied to him saying, "Thanks a ton." 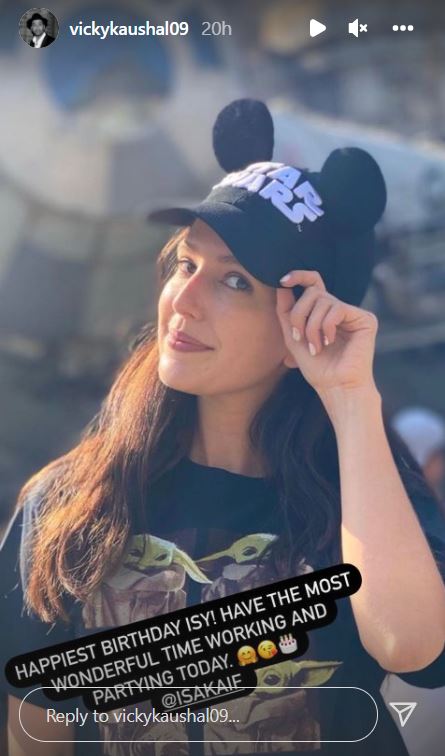 Isabelle is also an actress. Her debut film was Time To Dance co-starring Sooraj Pancholi and Waluscha De Sousa. Directed by Stanley D'Costa, the film release on March 12, 2021. Isabelle has signed Kwatha with Aayush Sharma.