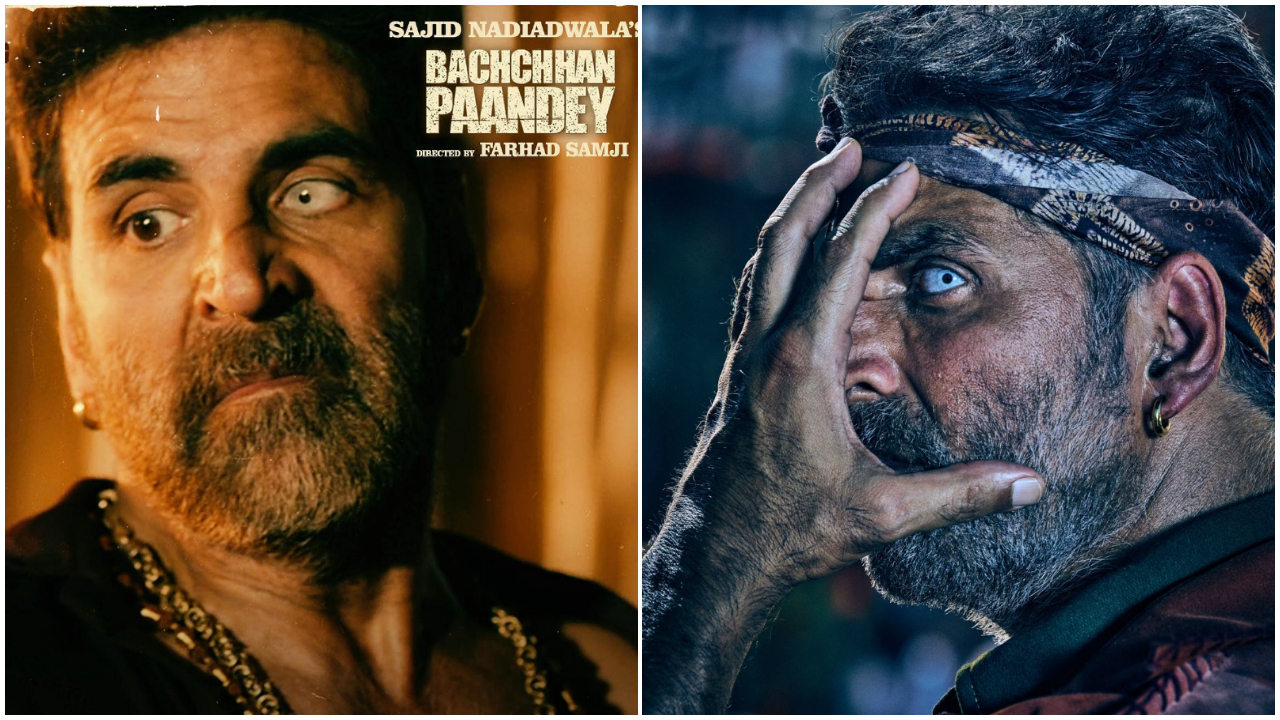 Akshay Kumar’s deadly look in Sajid Nadiadwala’s highly anticipated action-comedy Bachchhan Paandey has been a subject of much conversation. While reports stated that Sajid Nadiadwala, Akshay Kumar, and Farhad Samji had a run-through with numerous outfits and looks before finalising his grim avatar in the film, another interesting aspect of it has been the stone eye Akshay sports in the film.

Those who have been following the film closely, will notice that the superstar has two looks in the film, one where he is in a lighter and happier avatar and the other where he embraces his gangster self with the stone eye. Sources reveal that the stone eye is in fact an important plot point in the film and sets the context for what happens to Bachchhan Paandey before and after.

Adds the source, “The stone eye wasn’t a random idea to build on Akshay’s look in the film but is crucial to the story. It’s symbolic for everything that happens to him before and after and how he becomes the gangster that he is. It will definitely leave you at the edge of your seat.”

Nadiadwala Grandson Entertainment’s Bachchhan Paandey is all set to release in cinemas on 18th March, 2022!