With S.S Rajamouli’s RRR’s release just around the corner, the makers of the magnum opus had planned multi-city tour promotions of the highly-anticipated movie across the country. After Bengaluru, Hyderabad & Dubai, the pan-India cast of RRR including director SS Rajamouli, and actors Junior NTR and Ram Charan recently visited Sardar Vallabhbhai Patel Statue of Unity in Baroda. Interestingly, it becomes the first film to visit the historic monument of India.

The makers and the cast shared their latest pictures from the Baroda visit, much to the surprise of their fans and building the anticipation even further. From Hyderabad, Bengaluru, Baroda, Delhi, Amritsar, Jaipur, Kolkatta and Varanasi to Dubai, the makers have chalked out an extensive promotional plan wherein they will be visiting the major potential markets of the country for the film promotions from March 18-22. Interestingly, setting another benchmark, India’s biggest action drama, S.S Rajamouli’s RRR is the first Indian film to release in Dolby Cinema. 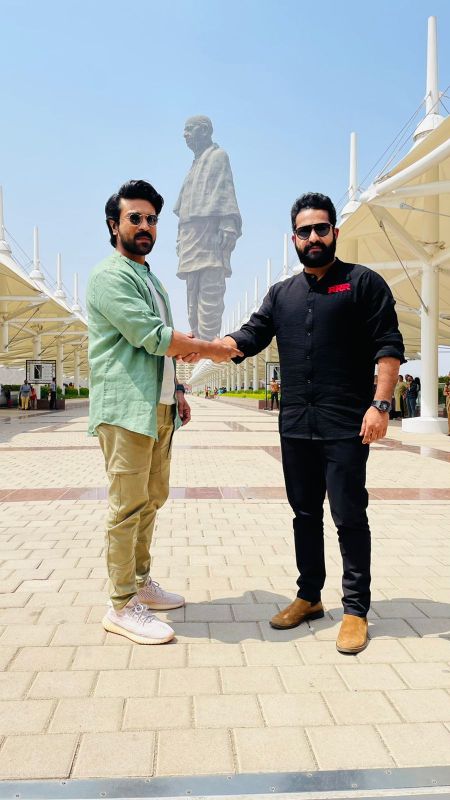 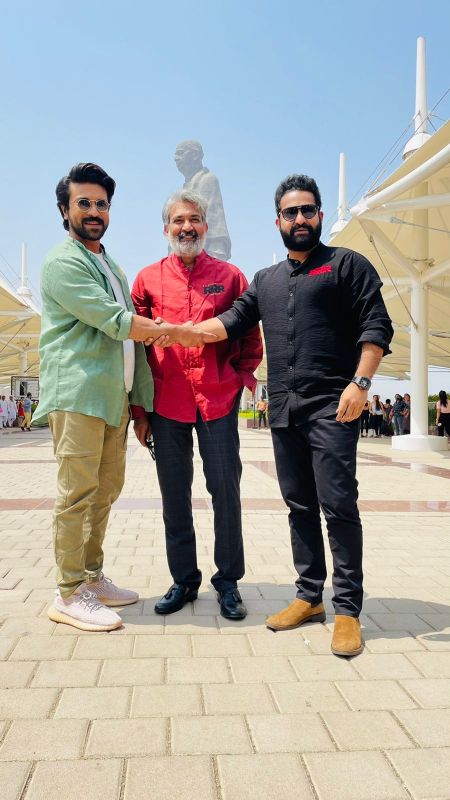 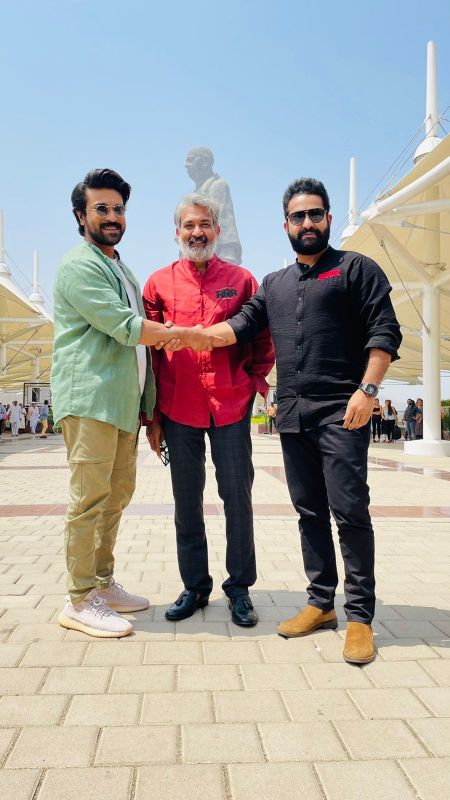 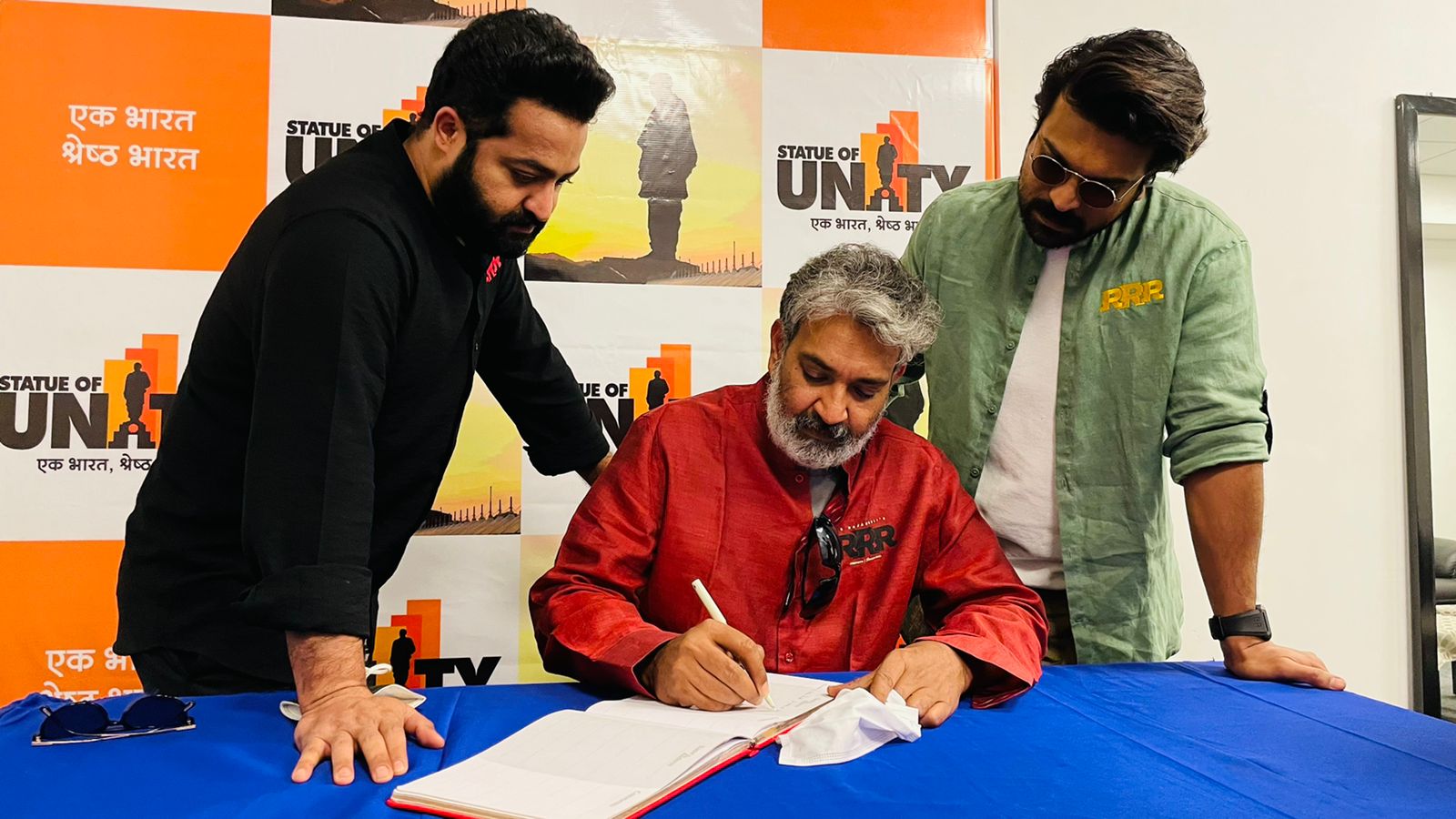 Recommended Read: Akshay Kumar feels 'RRR' might impact Bachchhan Paandey's box-office collection by 30-40%, says 'very unfortunate thing but you have to deal with it'

Jayanti Lal Gada of PEN Studios has bagged the theatrical distribution rights across North India and has also bought worldwide electronic rights for all languages. Pen Marudhar will be distributing the film in the North Territory. The Telugu-language period action drama film is produced by D. V. V. Danayya of DVV Entertainments. RRR is releasing on March 25, 2022.