Benedict Cumberbatch is gearing up for the release of Doctor Strange in the Multiverse of Madness. The film will release on May 6. Now, in an interview with a media agency, the actor felt that Bollywood superstar Shah Rukh Khan could be the best choice to feature in the Marvel Cinematic Universe.

During the interview, Benedict was asked which Hindi film actor could fit perfectly well in the MCU. He asked for options and when the names of Shah Rukh and Hrithik Roshan were suggested, he said, "Khan is great." 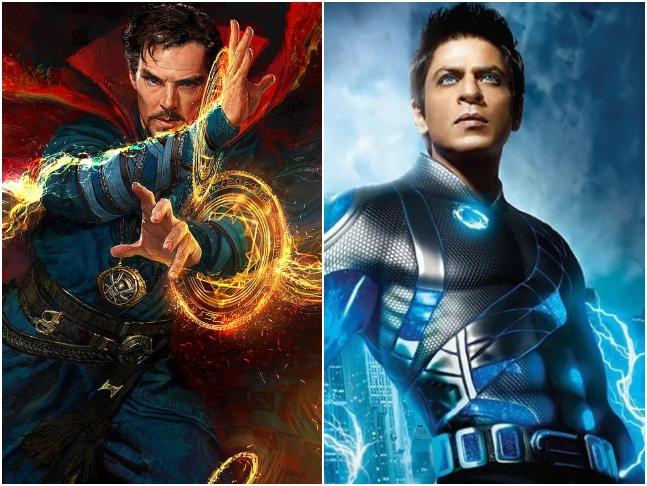 Recommended Read: Love India, it's been almost a lifetime since I was there, hope something brings me back soon: Benedict Cumberbatch on his stay in the country

Shah Rukh and Hrithik have played superheroes in the past. The former starred in Anubhav Sinha's Ra.One (2011). While the film was appreciated for its visual effects and post-production, it failed to create a buzz at the box office.

Hrithik played Krrish in his home production. The franchise started with Koi... Mil Gaya in 2003. Krrish, the second part, released in 2006. The third part, titled Krrish 3, arrived in theatres in 2013. The fourth film of the franchise is currently in the making.