After vacationing in London, Shilpa Shetty is in the romantic city of Paris with her husband Raj Kundra. The actress has been sharing some adorable and stunning pictures and videos from her vacation. However, what caught our attention was the super-adorable picture of Raj and Shilpa as they celebrated their 15-year-anniversary of their proposal. The picture also marked the rare appearance of Raj who has not made any public appearance after being arrested in the pornography case. This is one of the few times that he made an appearance with his wife on Instagram since then.

In a fun video shared by Shilpa, Raj Kundra could be heard playing and grooving on the Punjabi song “Laung Laachi“. Adding to the Punjabi feel of the beats, Shilpa wrote, “Paris with my Punjabi. #help”. Shilpa also shared a happy video of her walking with Eiffel Tower in the background and wrote, “Je t’aime Paris #love #gratitude #parisvibes #Paris”. 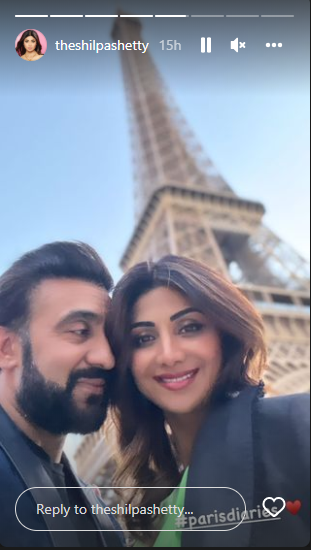 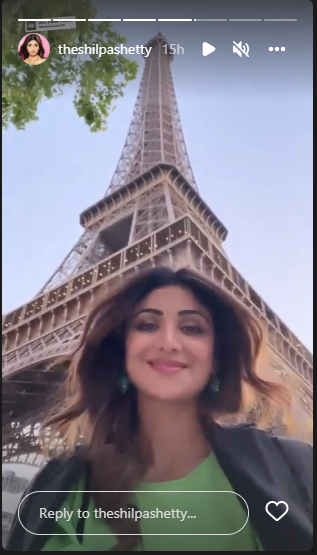 On the work front, Shilpa was last seen in Nikamma where she featured alongside Abhimanyu Dassani and Shirley Setia. She has started shooting for her next film Sukhee and Rohit Shetty’s web series Indian Police Force that also stars Sidharth Malhotra and Vivek Oberoi.