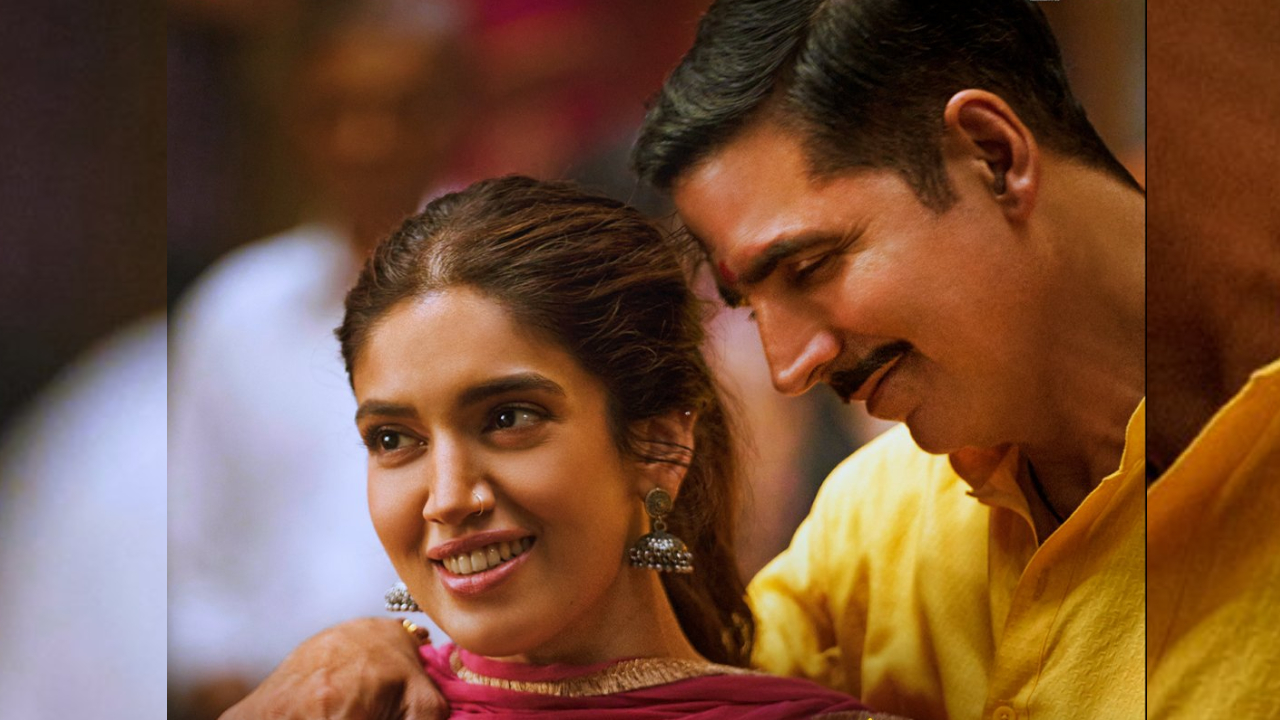 Fans only have to wait a little longer to catch a glimpse of Aanand L Rai's Raksha Bandhan in the theatres! Come 11th August, Raksha Bandhan is set to bring you back to your heart centre with this slice-of-life drama that pays tribute to the beautiful bond between a brother and sister. The film's trailer and the recent song launch Tere Saath Hoon Main already has everyone looking forward to this emotional spectacle. Upping the ante on all the excitement, the makers of the film launched the second song, Kangan Ruby Wala, today.

Setting the precedent for sangeet numbers for couples in the wedding season, Kangan Ruby Wala is an upbeat number featuring superstar Akshay Kumar and Bhumi Pednekar. The signature hook step in the song has already gripped fans! Composed and sung by Himesh Reshammiya, the lyrics of the song have been penned by Irshad Kamil.

Staying true to his signature style of small-town storytelling, Aanand L Rai’s Raksha Bandhan is set to tug at your heart strings on 11th August, which also is the occasion of Raksha Bandhan. The film is set against the backdrop of middle-class Chandni Chowk and is yet another classic from the king of small-town stories, Aanand L Rai. Starring Bhumi Pednekar opposite Akshay Kumar, the film also features Neeraj Sood, Seema Pahwa, Sadia Khateeb, Abhilash Thapliyal, Deepika Khanna, Smrithi Srikanth and Sahejmeen Kaur.

Written by Himanshu Sharma and Kanika Dhillon, the Aanand L Rai directorial has been co-produced by Aanand L Rai, Alka Hiranandani and ZEE Studios. Presented by Colour Yellow, ZEE Studios and Cape of Good Films, the film is slated to hit screens on 11th August 2022.