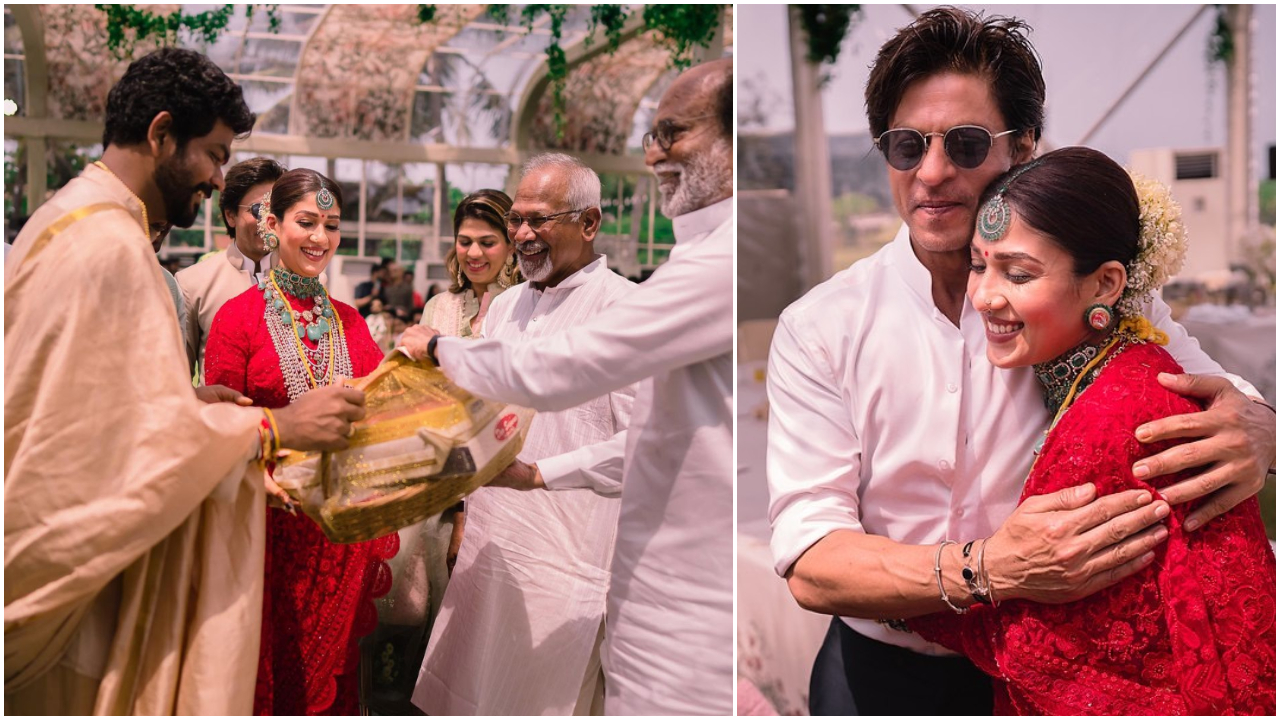 Nayanthara and Vignesh Shivan are celebrating their one-month marriage anniversary today, and on this happy occasion, the latter dropped some inside pictures from their wedding on social media which not only featured the bride and the groom but also Shah Rukh Khan, Rajinikanth, Mani Ratnam and Atlee.

Taking to his Instagram account, Vignesh shared pictures of himself and Nayanthara with SRK and Atlee and wrote, “What more can anyone ask for ! #kingkhan @iamsrk ! Blessed to have this humble , kind , charming and wonderful human being with us during our wedding ! The Badshaah and the time wit him ! Bliss ! Blessed One month anniversary.” One of the pictures showd SRK hugging Nayanthara while the others showed him smiling and talking with Vignesh, Atlee and the actress.

Vignesh also shared pictures of Rajinikanth and Mani Ratnam from the wedding and wrote, “With the loving #Thalaivar Rajnikanth sir :) blessing our wedding with his esteemed presence with sooo much of positivity and good will Happy to share some great moments on the one month anniversary of our special day #dreamymoments #wikkinayanwedding.”

Nayanthara and Vignesh, who were dating for a long time, married in an intimate ceremony on June 9 at Mahabalipuram, Tamil Nadu.

Meanwhile on the work front, Nayanthara will be making her Bollywood debut opposite Shah Rukh in Atlee’s Jawan. The film is scheduled to release in Hindi, Tamil, Malayalam, Telugu and Kannada on June 2, 2023.