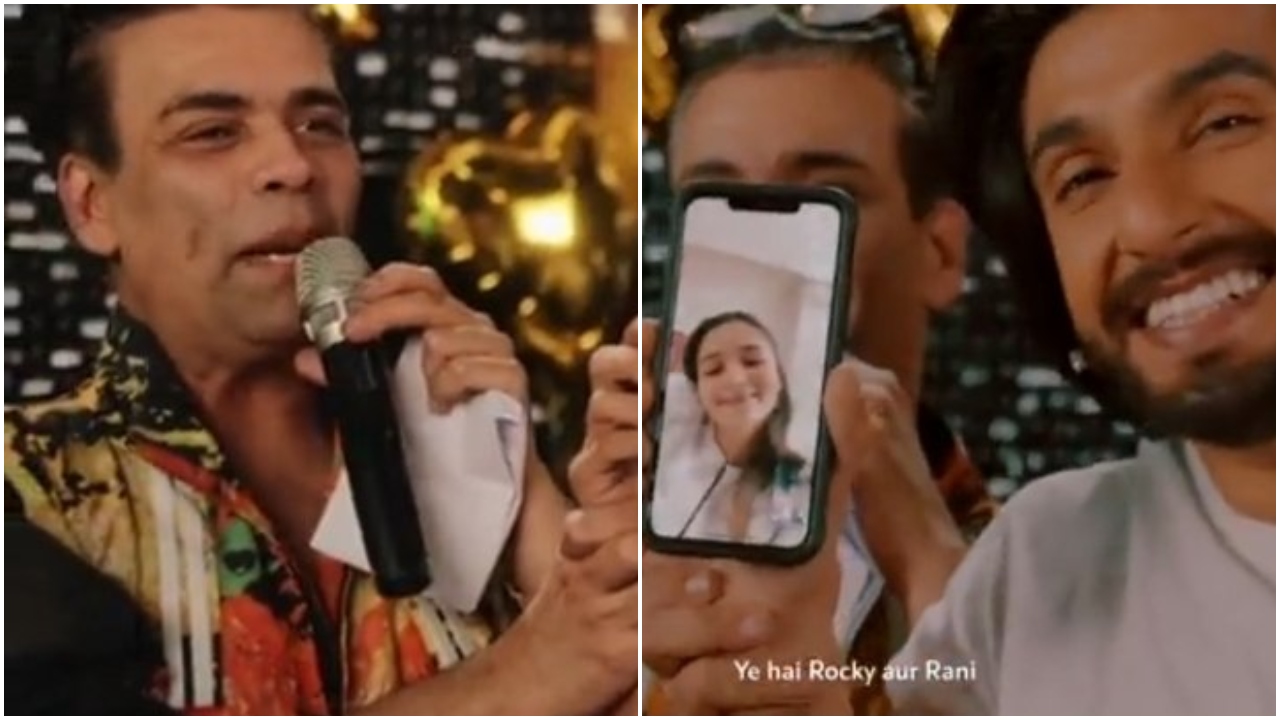 Today, the team of Rocky Aur Rani Ki Prem Kahani announced the film's talkie wrap. Director Karan, Ranveer, Dharmendra, Shabana and the rest of the team called for a celebration on the film's set. Alia, who couldn't be a part of it physically, joined via video call.

Karan penned a note on this occasion. He wrote, "It's a talkie wrap on a piece of my heart...a kahani that became a journey which I will hold close to me forever! I sat in the director chair after many years and it felt like coming home. We had legends and superstars on the set and in front of the camera - they were magic! Behind the camera, it was nothing short of magic either with my A-team, my pillars of strength. Thank you to everyone who worked tirelessly and passionately towards this kahani...I am forever grateful."

Rocky Aur Rani Ki Prem Kahani was scheduled to release on February 10, 2023. But now, it has been postponed. Alia, who is expecting her first child with Ranbir Kapoor, is yet to shoot a song and it will happen only after her delivery.