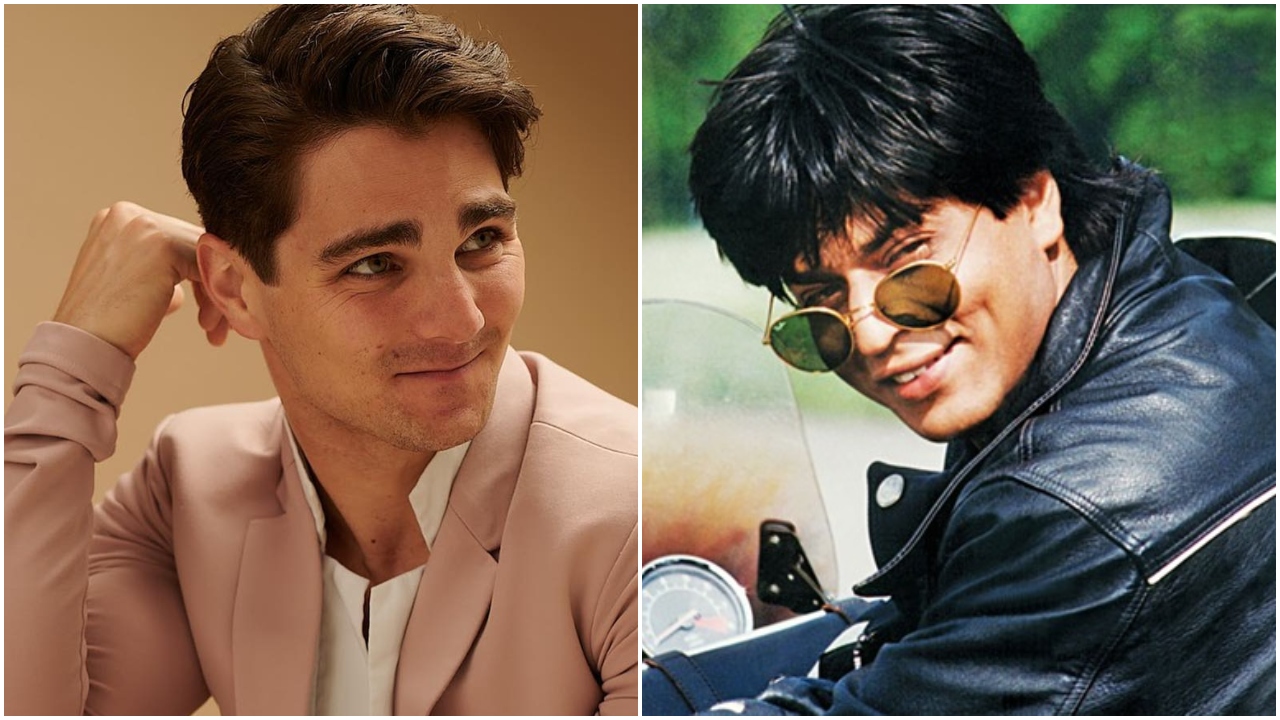 Come Fall in Love - The DDLJ Musical is the broadway adaptation of Aditya Chopra's iconic film Dilwale Dulhania Le Jayenge. The performances will roll out in September this year. The broadway musical stars Austin Colby and Shoba Narayan in the lead. They'll be stepping into Shah Rukh Khan and Kajol's roles. Soon after the cast was announced, netizens weren't pleased with Austin's casting. Desi fans of Dilwale Dulhania Le Jayenge felt the decision to select a white actor to play the role of Raj was not appropriate.

Vikas Khanna voiced out his disappointment. He tweeted, "Why? How? This is terrible. How can the GREATEST ICONIC Indian character (RAJ) be played by Austin Colby. Another form of Colonization?" The Michelin star chef turned filmmaker further added, "I got super excited when I my friends informed that DDLJ (my fav film)was coming on Broadway. We decided to fly. Then I read that ICONIC Raj is played by Austin Colby as Rog Mandel. I might never see THIS."

Why? How? This is terrible.
This is totally
How can the GREATEST ICONIC Indian character (RAJ) be played by Austin Colby.
Another form of Colonization?
Iconic Bollywood film adapted for Broadway whitewashed lead character. Fans aren't happy. https://t.co/twOAjjczjX via @nbcnews

I got super excited when I my friends informed that DDLJ (my fav film)was coming on Broadway.We decided to fly.
Then I read that ICONIC Raj is played by Austin Colby as Rog Mandel.I might never see THIS.

Here's how netizens reacted to the casting of Come Fall in Love - The DDLJ Musical:

I can’t believe @yrf cast a white man who didn’t even know what DDLJ was as Raj in the broadway musical. This is embarrassing and disrespectful to all the South Asian fans who grew up loving the movie. Disgraceful. https://t.co/ZrGd0GWOhq pic.twitter.com/TAbeKeDFZu

DDLJ would be NOTHING without SRK Kajol. Also idk if the HW musical formula works for a BW movie?? I mean sure they feel the same on the surface but there’s still a difference imo??? Also doesn’t this reek of a white saviour plotline to you???

I can’t make any sense of this. @MarvelStudios figured this out. #RepresentationMatters! If you’re going to turn one of the most iconic Bollywood movies into a Broadway musical, perhaps consider the lead! #DDLJ https://t.co/CpRnf6MfKV

Austin will play the role of Raj, who has been renamed Rog whereas Shoba has been cast to play Simran. The Broadway musical is choreography by Rob Ashford. It will feature book and lyrics by Nell Benjamin. Popular composer duo-Vishal & Shekhar are composing the music.

Yash Raj Films deliberately chose a white actor as Aditya Chopra initially conceptualised Dilwale Dulhania Le Jayenge with a white man in the lead. He had revealed in an interview years ago that he initially wanted to make the film with Hollywood star Tom Cruise. In a statement, the producer described his vision behind the broadway musical. He shared, "26 years later I’m going back to my original vision of the story of DDLJ, a love story of an American boy and an Indian girl, a love story of two cultures… two worlds. But this time the medium is not cinema but theatre. 26 years later I will be directing DDLJ all over again but this time as an English language Broadway musical for a worldwide audience. I’m terribly nervous and incredibly excited. I’m a hardcore cinema guy, I have never done theatre in my life and here I am trying to pull off the craziest ambition of my life. But what is giving me confidence is the fantastic team that I have. Each one of them are masters of their field and their brilliance and expertise is going to make this a fantastic show. See you on stage in Autumn 2022 with ‘Come Fall In Love – The DDLJ Musical."