Advertisement
HomeBOLLYWOODENTERTAINMENT NEWSNew mom Sonam Kapoor Ahuja reacts to getting trolled for maternity photoshoot; Dia Mirza recalls not being able to hold son Avyaan for 2.5 months after his birth

New mom Sonam Kapoor Ahuja reacts to getting trolled for maternity photoshoot; Dia Mirza recalls not being able to hold son Avyaan for 2.5 months after his birth 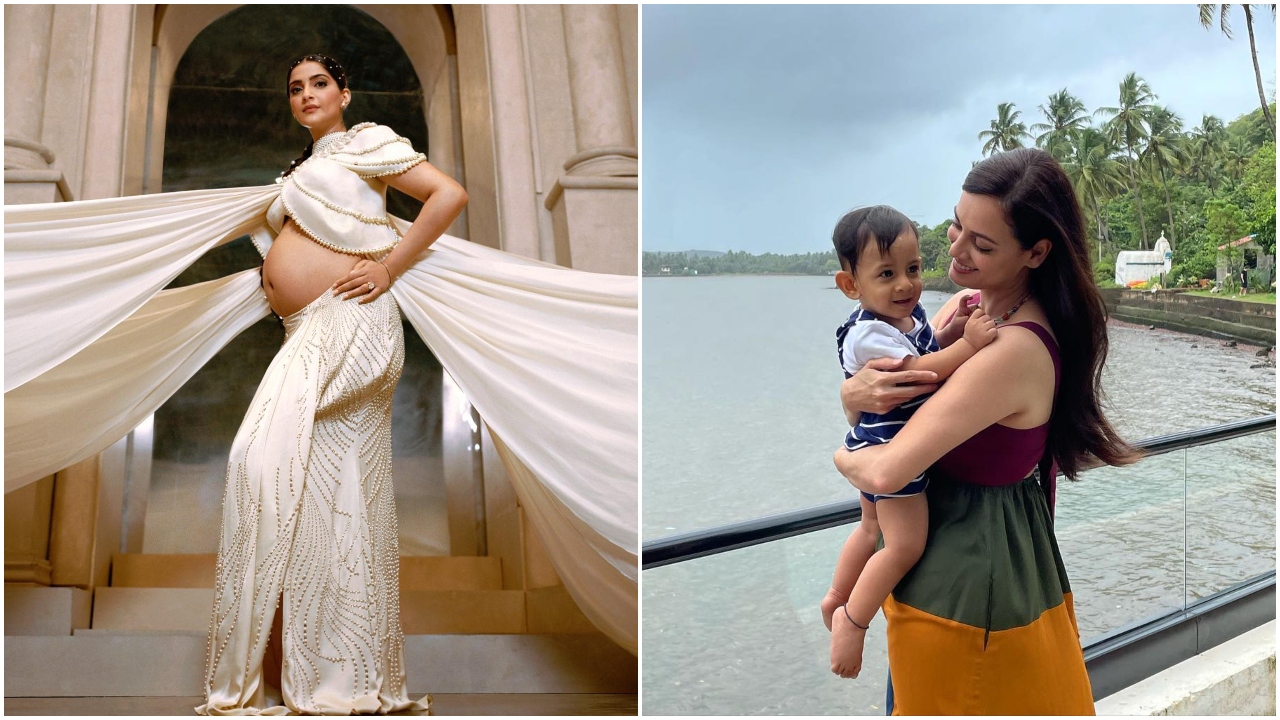 Sonam Kapoor Ahuja welcomed her first baby, a boy, on August 20. While the actress is yet to reveal her child's face to the world, she did give a glimpse of the clothes and other accessories he owns.

Sonam shared a video showing some special goodies that were customised for her Baby K Ahuja. It included stylish outfits, footcare cream, a diary, a logbook and many other things. The actress posted the clip on her Instagram stories.

Days before delivering her first child, Sonam gave an interview to a magazine. Reacting to being trolled for her maternity photoshoot, the actress said, "I think the one thing I have grown out of is reacting to things I don’t need to react to. Thankfully, a lot of it has come with age, but it’s also because I understand that I live a very charmed life. I come from a place of extreme privilege and I literally have nothing to complain about, so if someone is saying something negative about me from behind a keyboard, it really is none of my business."

On the other hand, Dia Mirza spoke to an entertainment portal about her difficult pregnancy and childbirth. Talking about the complications, she told, "It was really hard. I got sick. I had appendix surgery which had to be done while I was pregnant, in my fifth month. That must have led to some kind of bacterial infection spreading in the body. My placenta was hemorrhaging and the doctor said I have to pull your baby out otherwise I would have gone into sepsis."

She further added, "It was life-threatening for both of us and within 36 hours of birth, the baby had to go through surgery. And then, three and a half months after he was born, he had to go through a second surgery. He was in the NICU right through that time. I wasn’t even allowed to hold him till two and a half months had passed after he was born."

Dia and her husband Vaibhav Rekhi were blessed with a baby boy named Avyaan Azaad Rekhi on May 14, 2021.