Advertisement
HomeBOLLYWOODENTERTAINMENT NEWSFabulous Lives of Bollywood Wives 2: Shanaya Kapoor believes Ananya Panday and Suhana Khan will get married before her

Fabulous Lives of Bollywood Wives 2: Shanaya Kapoor believes Ananya Panday and Suhana Khan will get married before her 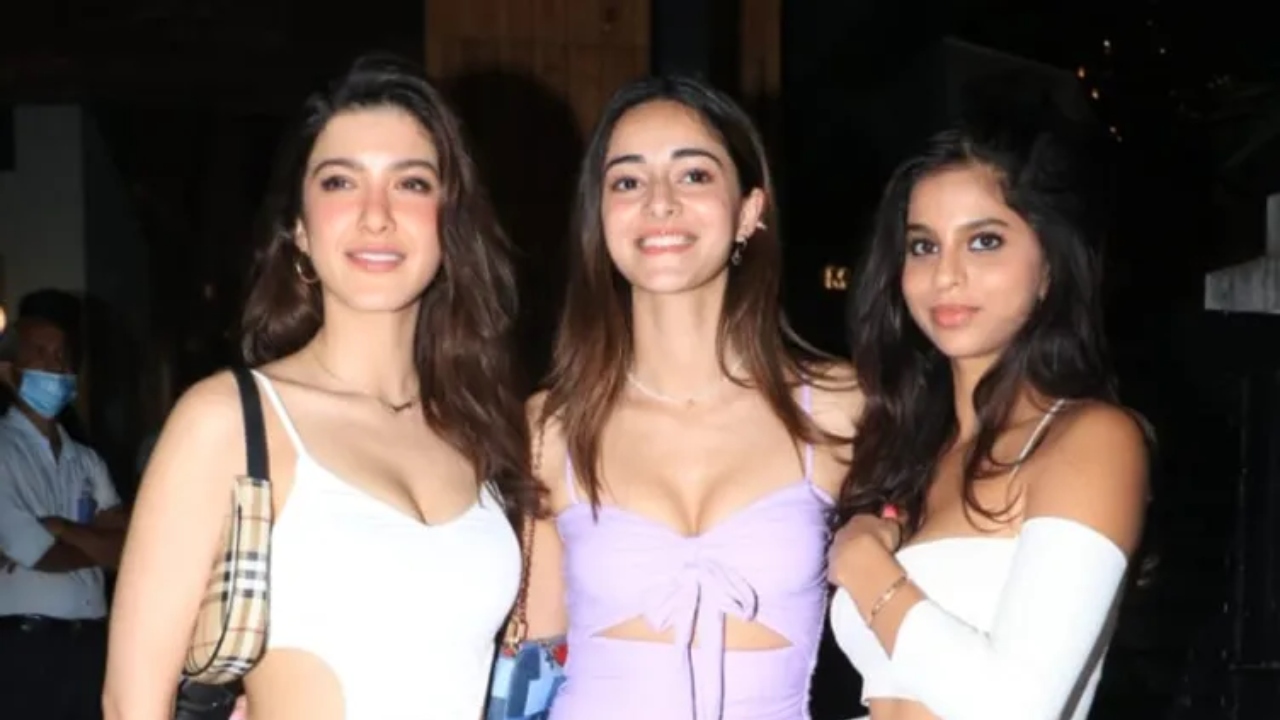 The second season of Fabulous Lives of Bollywood Wives is here and it is grabbing attention for all the right reasons. One of the highlights of the season was Bhavana Pandey and Chunky Panday renewing their wedding vows in the presence of family members and close friends.

In the episode, Bhavana and Chunky's daughter Ananya Panday discussed her wedding with Maheep Kapoor and Sanjay Kapoor's daughter Shanaya Kapoor. She said she wants three weddings. Shanaya felt Ananya would get married first, followed by their best friend Suhana Khan and then she will be the last one to tie the knot.

Shanaya said, "I feel like between you and me, you’d (Ananya) get married first." Ananya reacted, "My whole idea was like, I was going to get married with them again. Waiting for that to happen." Ananya also told, "I want like three weddings. I want to have like a function."

Ananya is an actress. She was last seen opposite Vijay Deverakonda in Liger. Shanaya will be making her acting debut in Karan Johar-produced Bedhadak. It is yet to go on floors. The film also stars Gurfateh Pirzada and Lakshya. Suhana, the daughter of Shah Rukh Khan and Gauri Khan, has signed Zoya Akhtar's Netflix film The Archies as her debut. The project is still in the production stage. It will release in 2023.