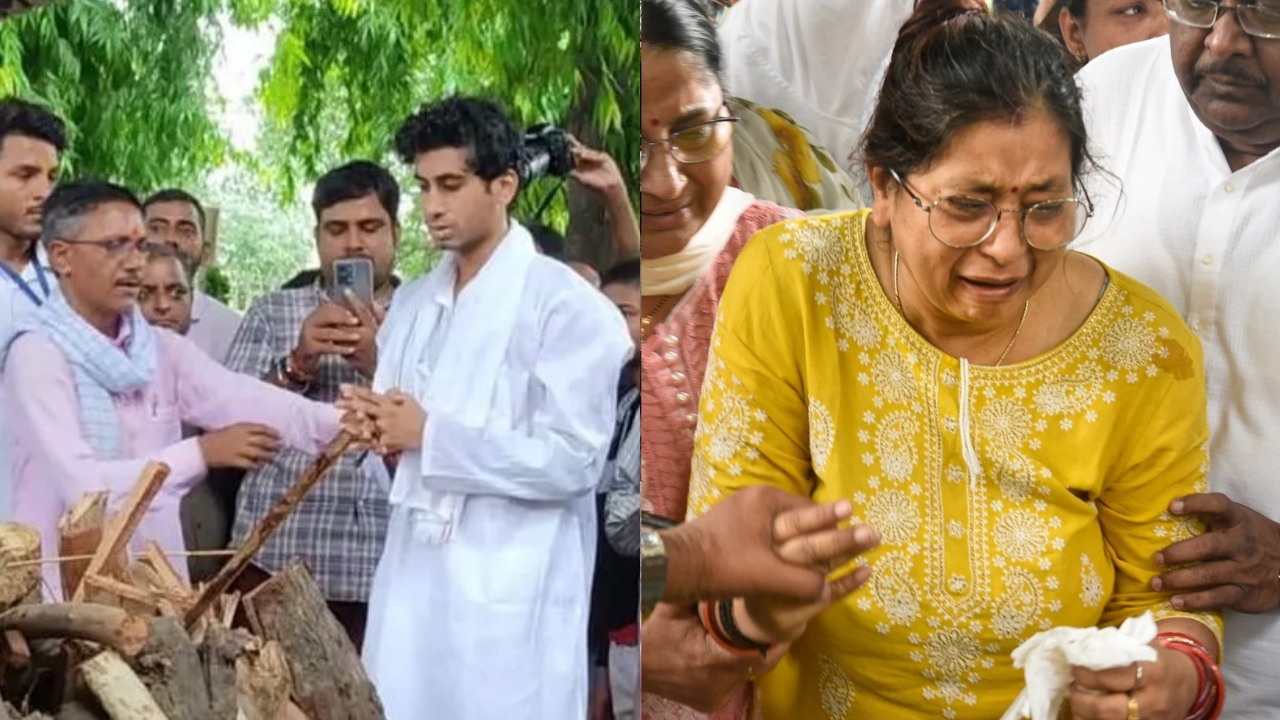 After around 41 days of hospitalisation, Raju Srivastava breathed his last on September 21 at the age of 58. On Thursday, the comedian was cremated in Delhi. With heavy hearts and teary eyes, Raju's wife Shikha, daughter Antara and son Ayushman bid adieu to him.

In a statement to a media agency, Raju's brother Dipoo said, "We left from the house in Dwarka at about 9 am for the funeral. Our family members from Kanpur and Lucknow are here. It was heartwarming to see so many of his fans and colleagues come here to pay tribute to Raju bhai (brother)."

The comedian was admitted to AIIMS in Delhi on August 10 after suffering a massive cardiac arrest while working out on a treadmill.