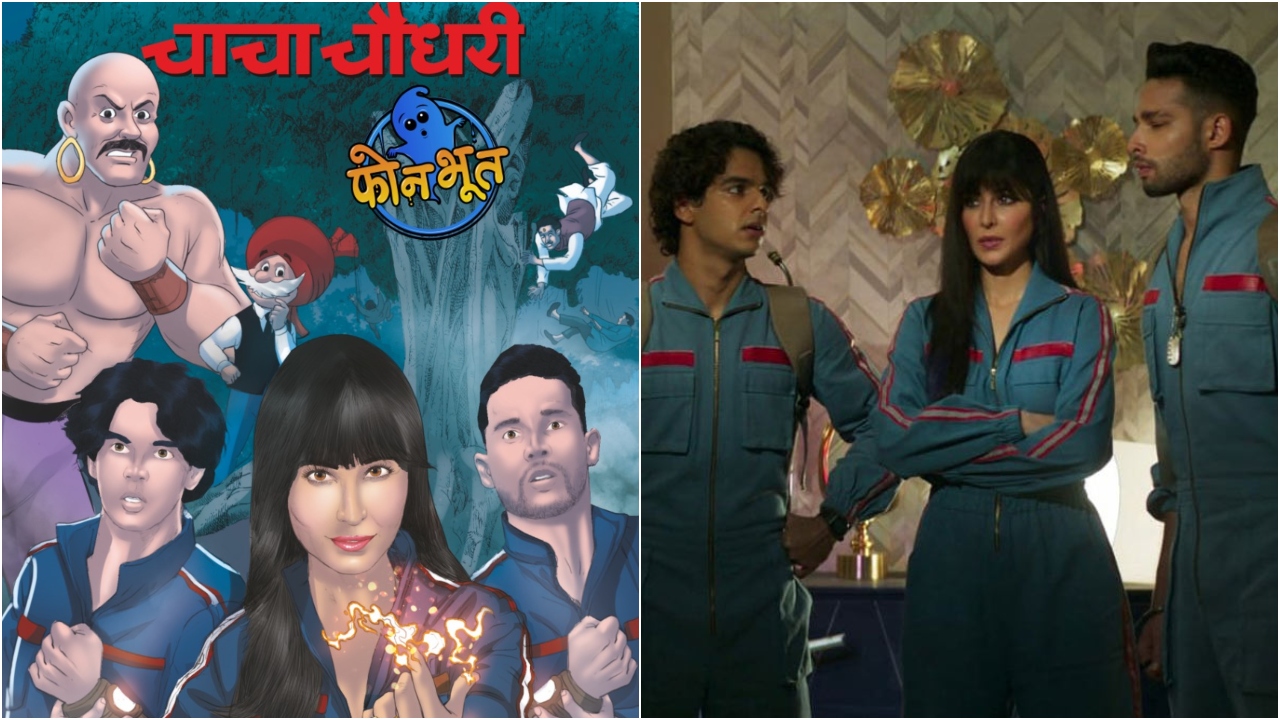 In an exciting new development, Excel Entertainment has collaborated yet again with Diamond Toons, the iconic book publishers behind the classic comics Chacha Chaudhary and Sabu. With this partnership, Excel Entertainment’s upcoming release Phone Bhoot will now feature in the Chacha Chaudhary comic series created by Prans along with the horror-comedy’s three key characters.

Starring Katrina Kaif, Siddhant Chaturvedi and Ishaan Khatter, Phone Bhoot takes the audience on a hilarious ride as two clueless ghostbusters team up with a ghost on an elaborate plan to take down an equally hilarious bad guy. Excel Entertainment had first collaborated with Diamond Toons during Fukrey Returns whose characters also featured in a previous Chacha Chaudhary comic. With this association, Diamond Toons will now launch a comic in collaboration with Phone Bhoot where the characters will now be part of the Chacha Chaudhary plot-line as he sets off on a new adventure with his sidekick Sabu.

Chacha Chaudhary is on his way to join the #PhoneBhoot team on an exciting mission! Who's in for the adventure?

While details of the story remain unknown at this juncture, the series promises to be fun-filled and entertaining with equal doses of spook and laughter. Speaking on the launch of the comic, Mr. Manish Verma, director of Diamond Toons said, "We are delighted to partner with Excel Entertainment for this exclusive edition of 'Chacha Chaudhary and Phone Bhoot'. Chacha Chaudhary, being an all-rounder, relevantly connects to almost all aspects of our lives. With fantastic satire and intelligence along with the characters of the movie 'Phone Bhoot', will help in making a strong connection with his massive fan following be it 8 or 80 years of age.”

"We are happy to collaborate and publish the “Chacha Chaudhary x Phone Bhoot” comic for our young comic book lovers. The Chacha Chaudhary, Billoo and Pinki comics created by Cartoonist Pran Kumar Sharma have been ever popular since 1960,” said Nikhil Pran of Prans Features.

Directed by Gurmmeet Singh and written by Ravi Shankaran and Jasvinder Singh Bath, Phone Bhoot is produced by Excel Entertainment, headed by Ritesh Sidhwani and Farhan Akhtar. The film is all set to be released on November 4, 2022.