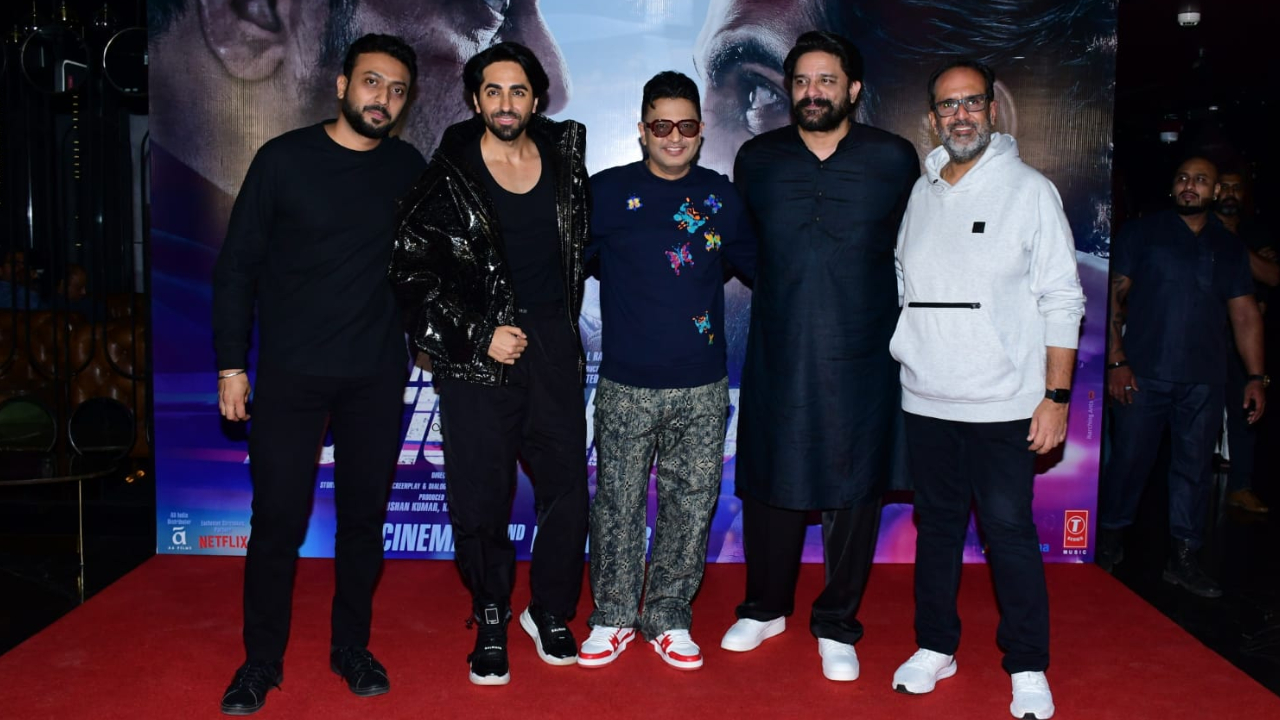 Colour Yellow Production and T-Series recently released the official poster of An Action Hero that took the internet by storm in no time. The poster rightly added to the curiosity of all the fans and has been receiving a raving response from them. The makers are certainly aiming at some never-like-before reveals from the film. Adding to the thrill and anticipation of the fans, the makers hosted a unique and first-ever red carpet for the film's trailer preview. Present at the preview were lead actors of the film Ayushmann Khurrana and Jaideep Ahlawat, director of the film Anirudh Iyer, and producer Aanand L Rai and producer Bhushan Kumar.

Being an action film, the exciting event pulled up an amazing faceoff performed by the lead actors of the film. While Ayushmann had an ubercool entry in a swanky car, Jaideep stole the show with his tough arrival. The duo raised the heat with their intense encounters in their cars, giving a glimpse of their astonishing roles in the film. With so much anticipation for the film, the makers are indeed gearing up for an exceptional release.

Touted to give a twist to each genre, Ayushmann picks Action this time and gives us a stunning look. The recently revealed poster showcases the two powerhouses coming together for this slick thriller.

With its powerpacked action and offbeat, satirical sense of humour, An Action Hero is slated to hit the big screen on 2nd December 2022.