Advertisement
HomeBOLLYWOODENTERTAINMENT NEWSDebina Bonnerjee-Gurmeet Choudhary's second daughter was positioned horizontally, had to be pulled out during C-Section, actress shares in her latest YouTube vlog

Debina Bonnerjee-Gurmeet Choudhary's second daughter was positioned horizontally, had to be pulled out during C-Section, actress shares in her latest YouTube vlog 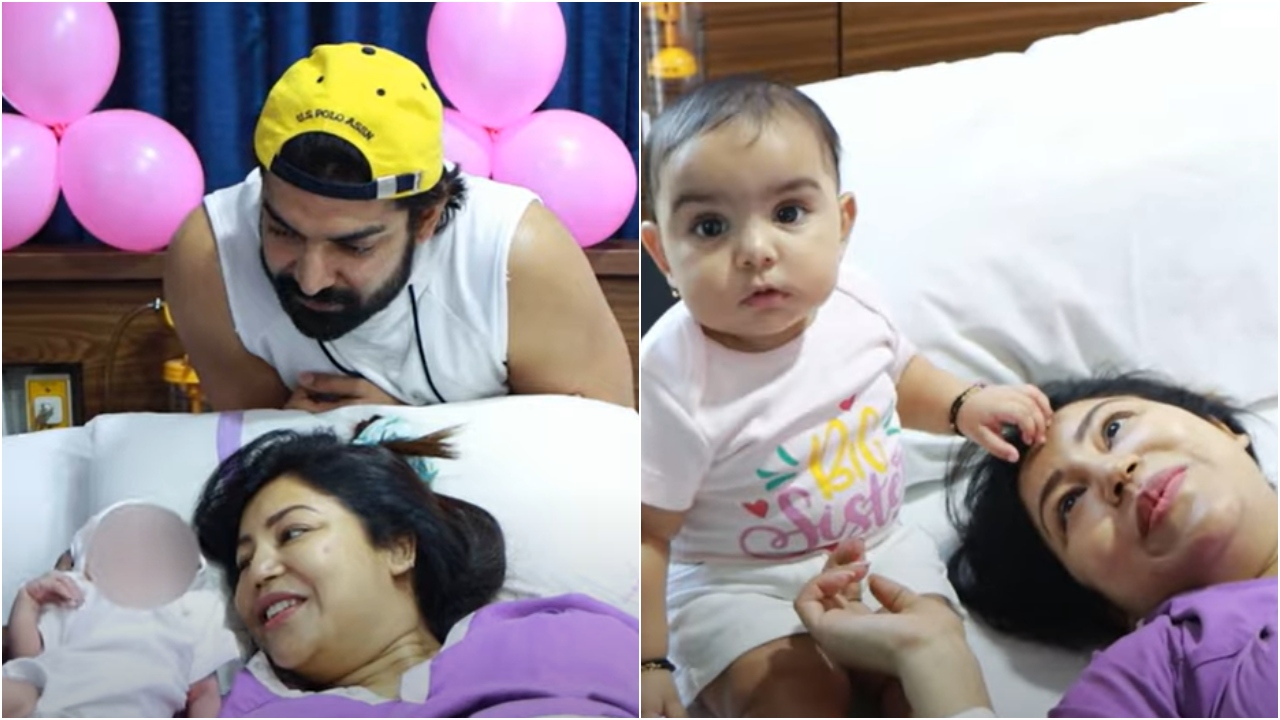 Debina Bonnerjee, who often uses her social media accounts to engage with fans, documented her second delivery. The actress had to undergo an emergency C-section delivery due to health complications. Right from getting the tests done to welcoming her baby girl, Debina shared her journey with her fans by recording a series of videos at the hospital.

In the fourth part of the series, which was shared on Wednesday on YouTube, Debina's doctor revealed her second child was positioned horizontally in the uterus. In order to bring the child out, the doctor in charge had to rotate her position. Debina and Gurmeet Choudhary's elder daughter Lianna can be seen paying her mother and newborn sister a visit in the hospital. Dressed in 'Big Sister' T-Shirt, the little one looked adorable.

In the previous video, Gurmeet could be seen getting nervous while cutting the umbilical cord. Soon after the delivery, when Debina couldn't hear her voice and cries, she got nervous.

After spending a few days in the NICU, Debina and Gurmeet's miracle baby came home on November 16. The couple welcomed their second child on November 11.

Penning a note for her second baby girl, Debina shared a beautiful picture. She wrote, "TO MY SECOND CHILD, You're not my first, that much is true. I loved another before loving you. I'm a different mother this time around. More calm and confident I've found. Since you came, there's a new dimension. Two children now want my attention. I was so excited first time around. This time I want to slow things down. Your 'firsts' will all be 'lasts' for me. Last crawl and last to ride my knee. You were not my firstborn this is true, But the last child I will have is you. You're the last lullaby I'll ever sing. And 'lasts' are a special kind of thing."