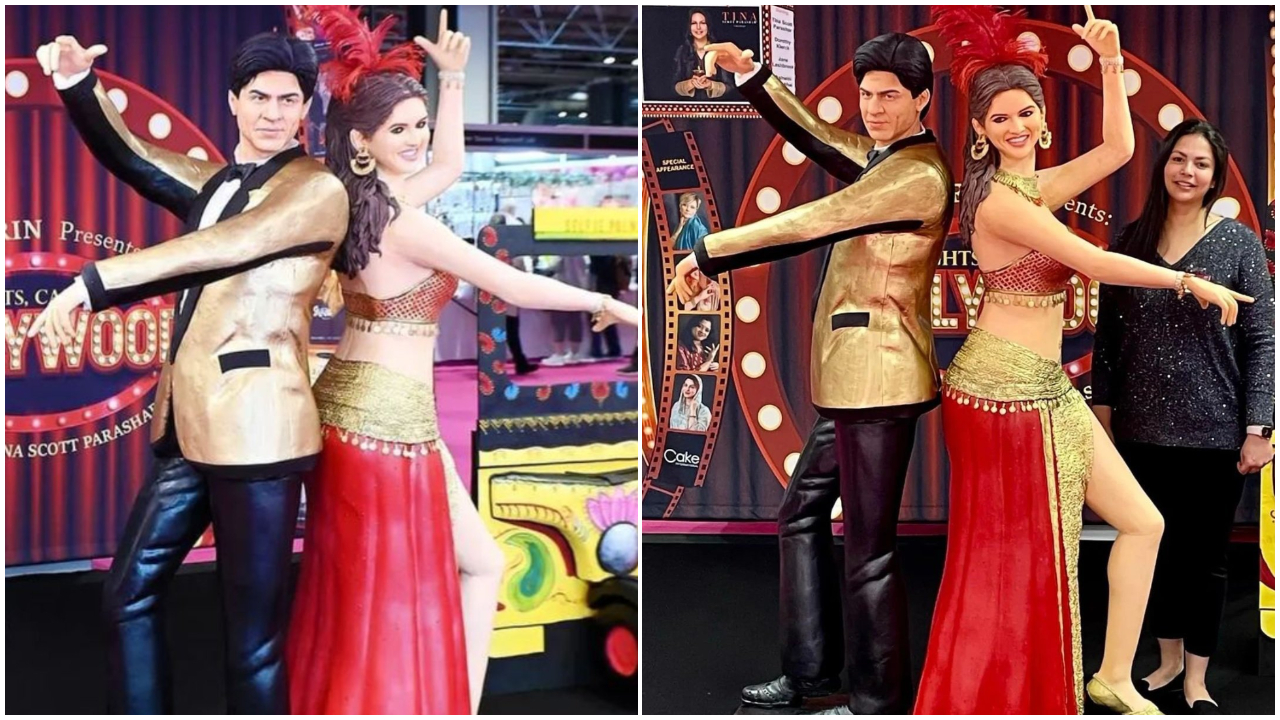 Shah Rukh Khan and Deepika Padukone starrer Om Shanti Om is one of the most popular films of the actors and enjoys a loyal fan base across the globe. The Farah Khan directorial introduced Deepika to Bollywood and established a new jodi with SRK. Now, recently at Cake International Birmingham, the film was revisited by getting a heartfelt tribute, pictures and videos of which is going viral on social media.

Shah Rukh Khan’s official fan club took to Twitter to share pictures and videos of the special cake made by Tina Scott Parashar. The breathtaking cake is in the form of Shah Rukh and Deepika’s look from the film. The life-size cake is truly a treat to watch and will blow your mind. The cake is the main display at at Cake International Birmingham- The world’s largest cake competition. Reportedly Tina Scott Parashar who made the cake took a month to make the special cake.

#Pathaan stars - #ShahRukhKhan and #DeepikaPadukone’s cake of #OmShantiOm is the main display at Cake International Birmingham- The world’s largest cake competition. The cake is made by Tina Scott Parashar who completed making this special cake in a month. #CantWaitForPathaan pic.twitter.com/vaZcnSidVF

Netizens were blown away the cake. One fan wrote, “I can believe its a cake and thats SRK too, but can’t believe thats Deepika,” another wrote, “Wonderful and unbelievable."

Meanwhile, on the work front, SRK and Deepika will reunite in YRF’s Pathaan that also stars John Abraham. The film is slated to release on January 25, 2023.