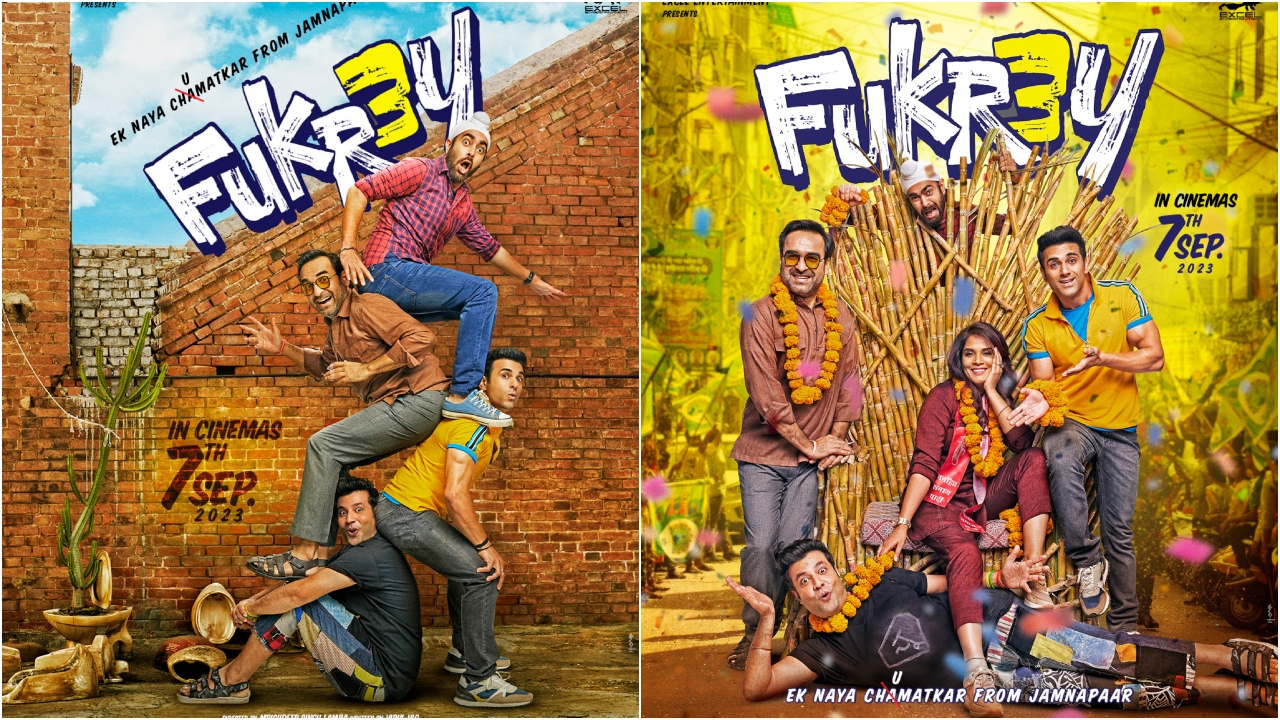 Finally, after a long wait, the 3rd installment of Excel Entertainment's most successful and most anticipated comedy franchise of Bollywood Fukrey is all set for its release on the auspicious occasion of  Krishna Janmashtami dated, 7th September 2023. As the film in itself carries a legacy of laughter and giggles, it is very apt to say that Fukrey 3 will surely set new bars for its ever-growing craze among the audience. Fukrey 3 stars Pulkit Samrat, Varun Sharma, Richa Chadha, Manjot Singh, and Pankaj Tripathi. The film is directed by Mrighdeep Singh Lamba and produced under Ritesh Sidhwani & Farhan Akhtar’s Excel Entertainment.

It's a sheer epitome of success that the Fukrey franchise has always achieved and the second installment, 'Fukrey Returns' was a massive hit at the box office. Subsequently, the popularity of the franchise even led to the creation of animated series named 'Fukrey Boyzzz' on the Discovery kids channel that made the unique characters of the film relived on the TV screen for little ones.

Ever since the release of its First installment in 2013, Fukrey has always garnered immense love from the masses and has just gone on to achieve great heights with its succeeding parts which made it one of the franchises that have been made by the people. While the Franchise has made its place among the youngsters especially, Delhi connect that the film carried along has always been the soul of the film that has garnered immense love from the masses. The film has paved an incredible journey so far that gave the audience some of the most loved and iconic on-screen characters like Choocha, Pandit Ji, Bholi Punjaban, etc, who are all set to come back on the screen in Fukrey 3.

Excel Entertainment, which was co-founded by Farhan Akhtar and Ritesh Sidhwani has time and again served the audience with several blockbuster films such as ZNMD, Dil Chahta Hai, Don, Don 2, and many more. Currently, the production house is gearing up for the most awaited Jee Le Zaraa.