Shiv Shastri Balboa: Anupam Kher shares poster of his new film in a never-seen-before avatar; Akshay Kumar has the most hilarious reaction 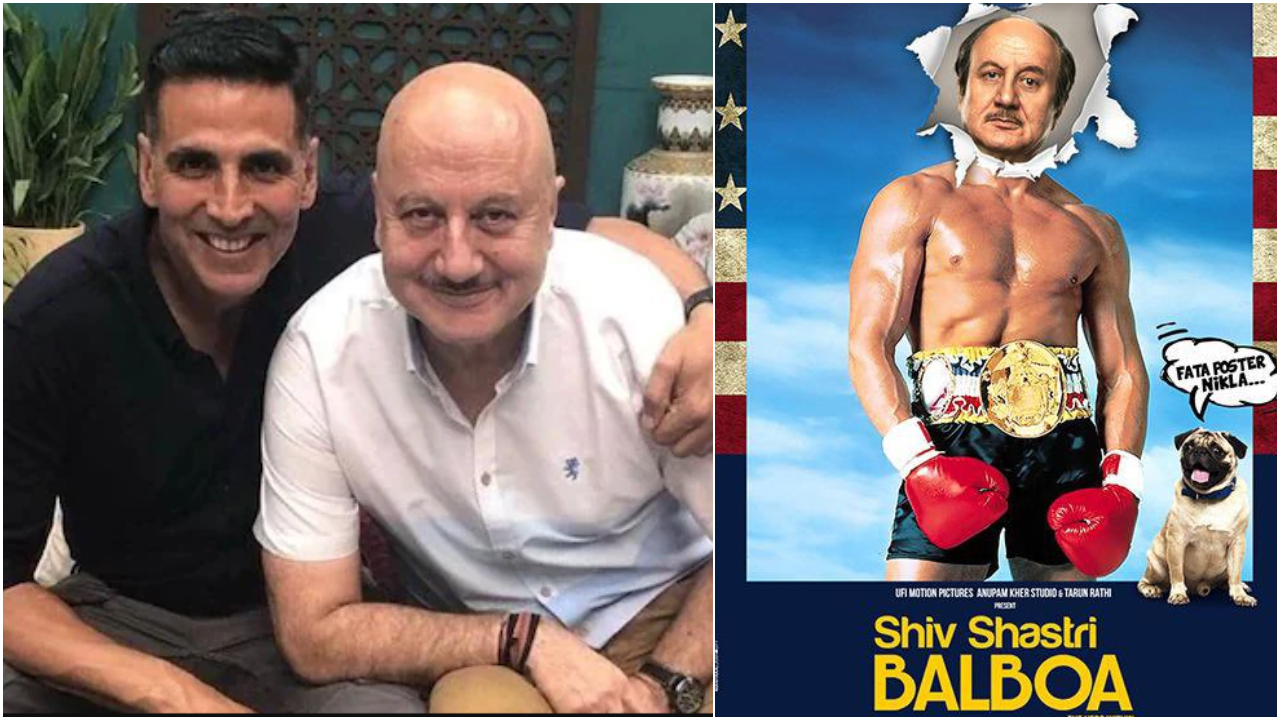 Anupam Kher surprised everyone today by sharing a new poster from his upcoming film Shiv Shastri Balboa that shows him in a totally different avatar. In the poster, Anupam’s face was posted on the body of Sylvester Stallone from his hit and iconic film Rocky. A dog next to him appeared to be saying, “Fata poster Nikla…(the poster was torn and out came…).” The picture elicited a hilarious response from Akshay Kumar.

Taking to social media, Anupam shared the poster of the film and wrote in Hindi, “Meri agli release hone waali film ka naam hai- Shiv Shastri Balboa! ye ek sadhaaran insaan ki asaadharan vyakti ki kahaani hai. Ye aapko hasaa ne ke saath saath, aapke dil mai ek khoobsurat bhaavna jagaayegi aatmvishwaas ki (My next film which will be released is titled as Shiv Shastri Balboa, it is a story of an ordinary person about his unordinary human. This film will make you laugh and will give a sense of beautiful vibes around being self-confident). Releasing on 10th February ONLY IN THEATRES! Jai Ho!” He used Shiv Shastri balboa’ as the hashtag

Shiv Shastri Balboa also stars Neena Gupta, Jugal Hansraj, Nargis Fakhri and Sharib Hashmi. It is directed by Indian-American filmmaker Ajayan Venugopalan and is an English language film. In Sylvester Stallone’s film Rocky, his character’s full name is Rocky Balboa who is a boxer and takes on a heavyweight champion, losing the bout but winning hearts with his dedication, perseverance and tenacity.