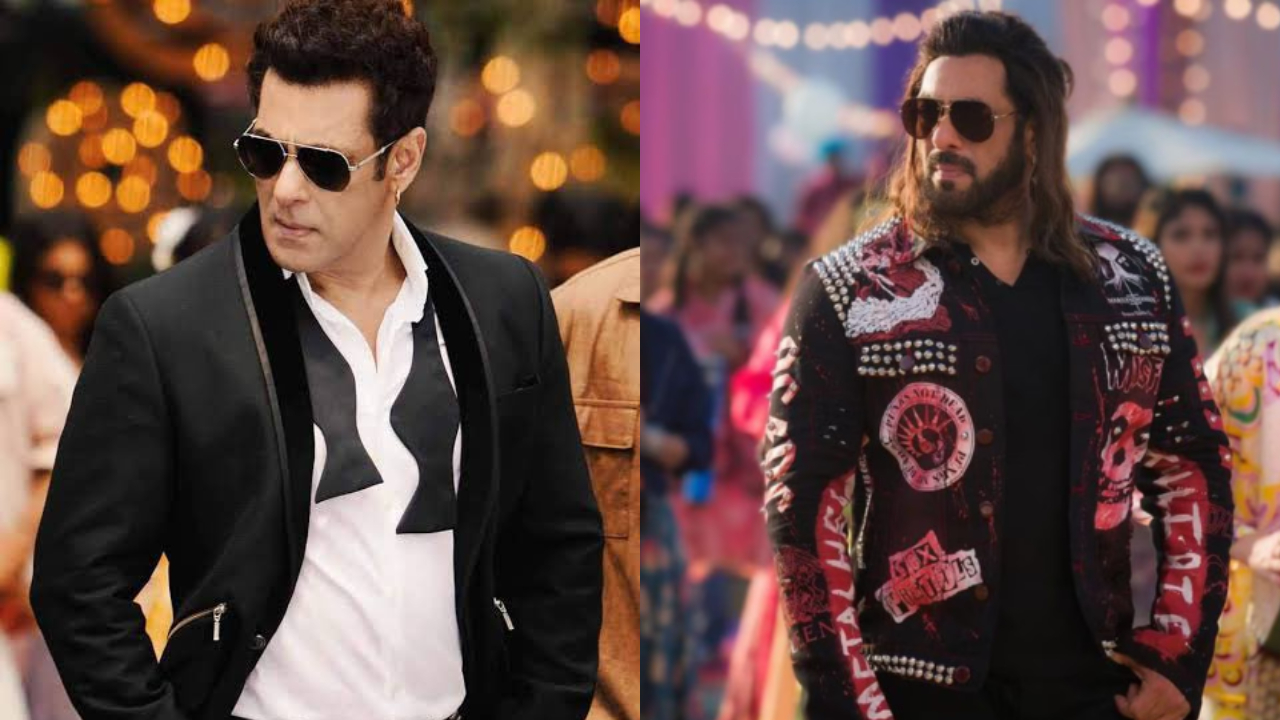 Salman Khan fans who have been waiting for a long time to catch a Salman Khan Mass entertainer on the big screen ever since screens have opened post Covid, thronged the theatres to catch the first shows of Pathaan to witness a glimpse of their favorite star on the big screen for his upcoming Eid blockbuster Kisi Ka Bhai Kisi Ki Jaan.  After Bharat, KBKJ marks the return of Bhai’s mega Eid offering to Bollywood lovers worldwide.

Ringing in the year 2023 with a high start, Bollywood is off to a great start. The morning of January 25 saw the release of Shah Rukh Khan's Pathaan in theatres all across the country to mass crowds of jubilant fans. The celebrating audiences were treated to yet another bonanza with the teaser of Salman Khan's much-awaited Kisi Ka Bhai Kisi Ki Jaan playing on the big screens, much to the celebration and frenzy of the fans in the theatres.

Biggest Megastar of indian Cinema #SalmanKhan is back with a Bang.

Amid the raucous celebrations, the theatres all over the country reverberated with chants of, "Love you Bhaijaan," while the teaser of Salman Khan's latest offering was playing on the big screens. In the videos, that have already gone viral, we can see the fans madness as they are clapping, whistling, cheering, screaming shouting and enjoying the glimpses of their beloved mega superstar.

The teaser has mass - classs & blockbuster written all over it , Get ready for #KisiKaBhaiKisiKiJaan This EID

The most loved star of this nation #SalmanKhan is all set to take the nation by storm @BeingSalmanKhan #KBKJTeaserinTheatres pic.twitter.com/tjQCbTPQr5

Salman, true to his love for the big screen experience & Zee Studios cracked a unique strategy for Kisi Ka Bhai Kisi Ki Jaan teaser launch by adopting a ‘Theatres First’ approach for the campaign. Starting with the teaser across major single screens & multiplexes nationwide, as many as 3000 Screens with 1800 Single screens treated the fans and audiences to KBKJ teaser in the medium it is supposed to be watched

this teaser is perfectly made makers made it righteous, Get ready to witness the BHAIJAAN madness in nearest theatres this EID #KBKJTeaserinTheatrespic.twitter.com/SsOmfZUARp