As the year comes to an end, the awards season has officially begun with the prestigious function Star Screen Awards 2019. With 2019 playing host to some of the biggest blockbusters and content-driven cinema, the awards night was surely awaited and finally, on Sunday, it took place in the city. For Star Screen Awards 2019, who's who of Bollywood stepped out in their fashionable best and added glitters of their charm to the starry night. Our shutterbugs present at the venue clicked Ranveer Singh, Siddhant Chaturvedi and Shahid Kapoor among several others.

On meeting each other on the red carpet, Gully Boy co-stars Ranveer and Siddhant gave a glimpse into their bromance and accounted for some fun moments. Siddhant aka MC Sher from the film lifted Ranveer aka Murad in his arms as they posed for the cameras. 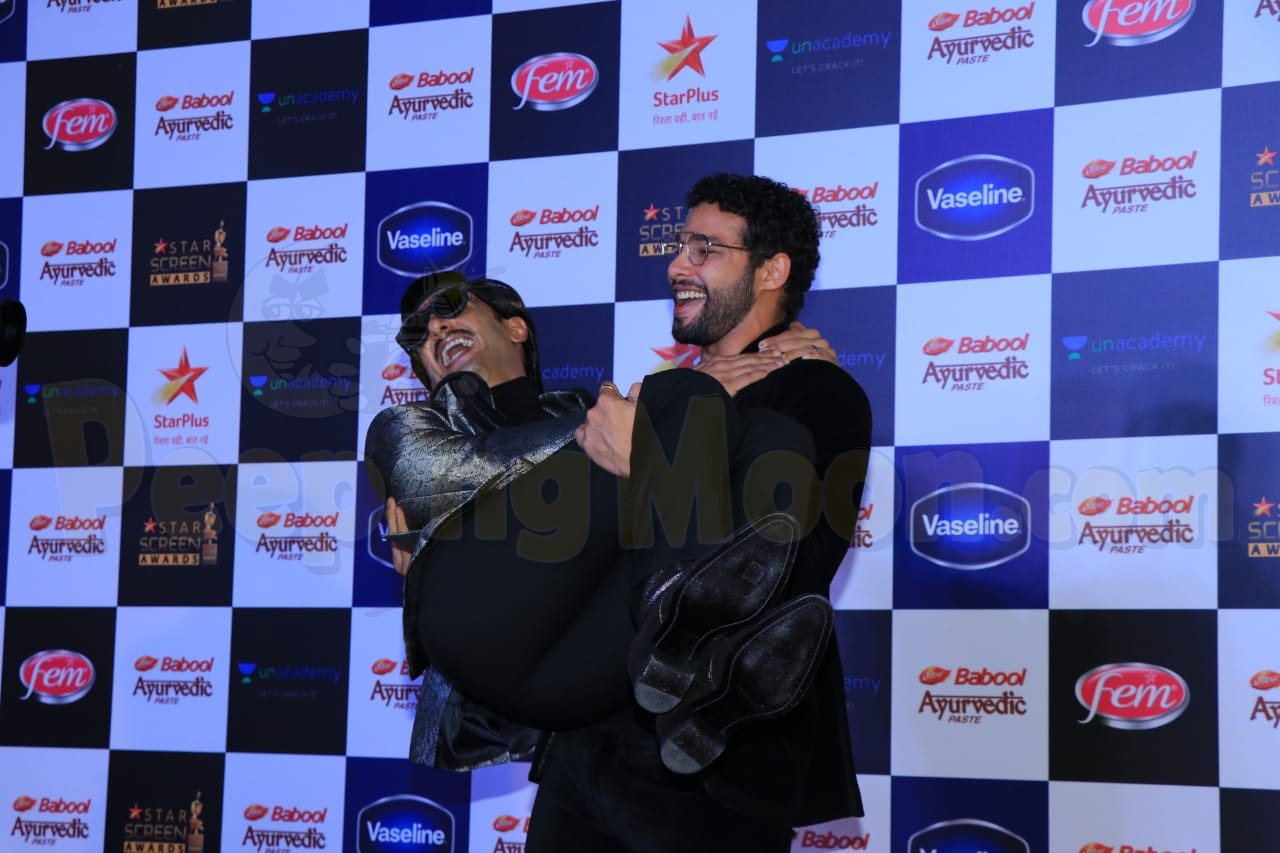 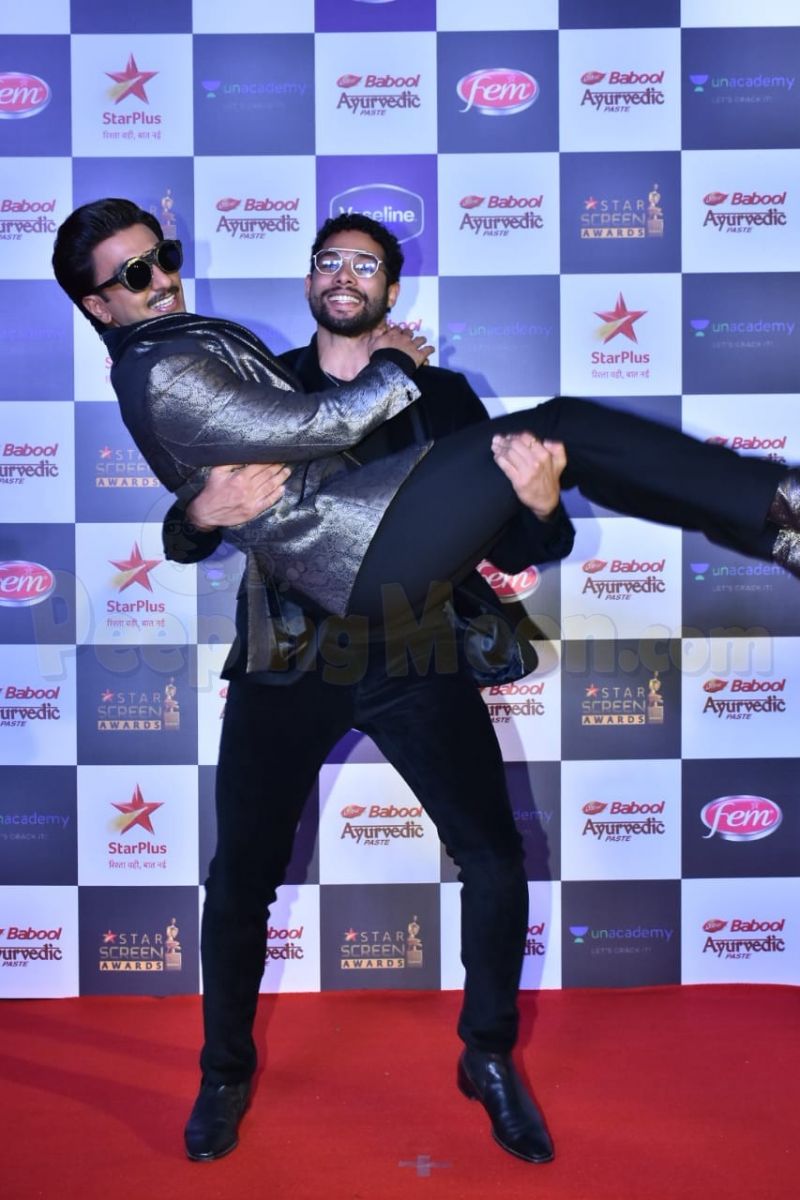 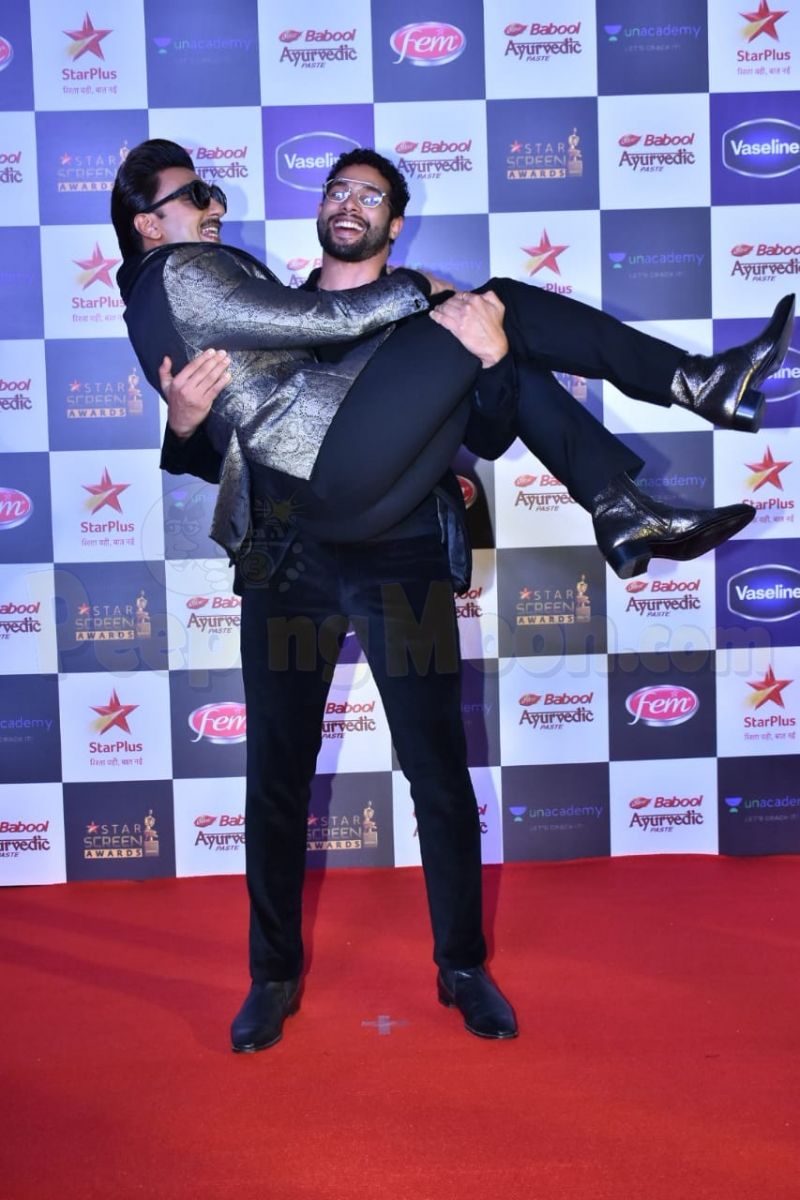 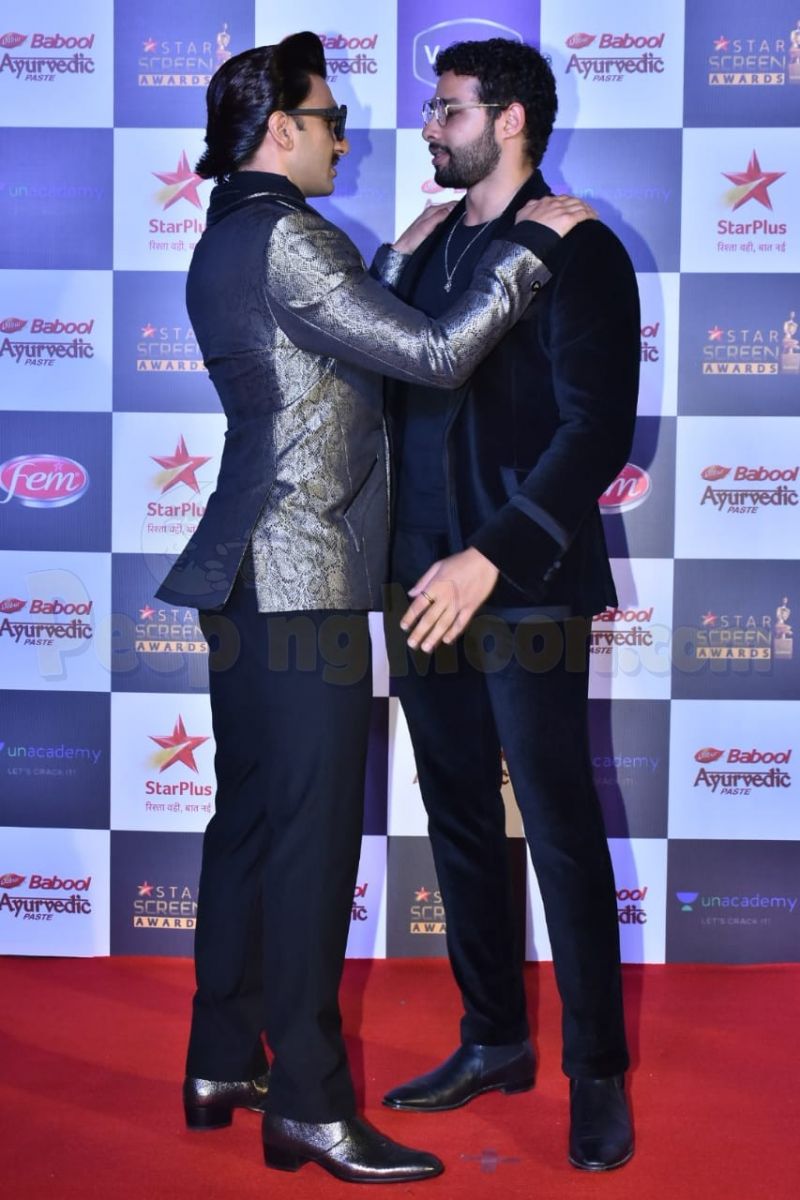 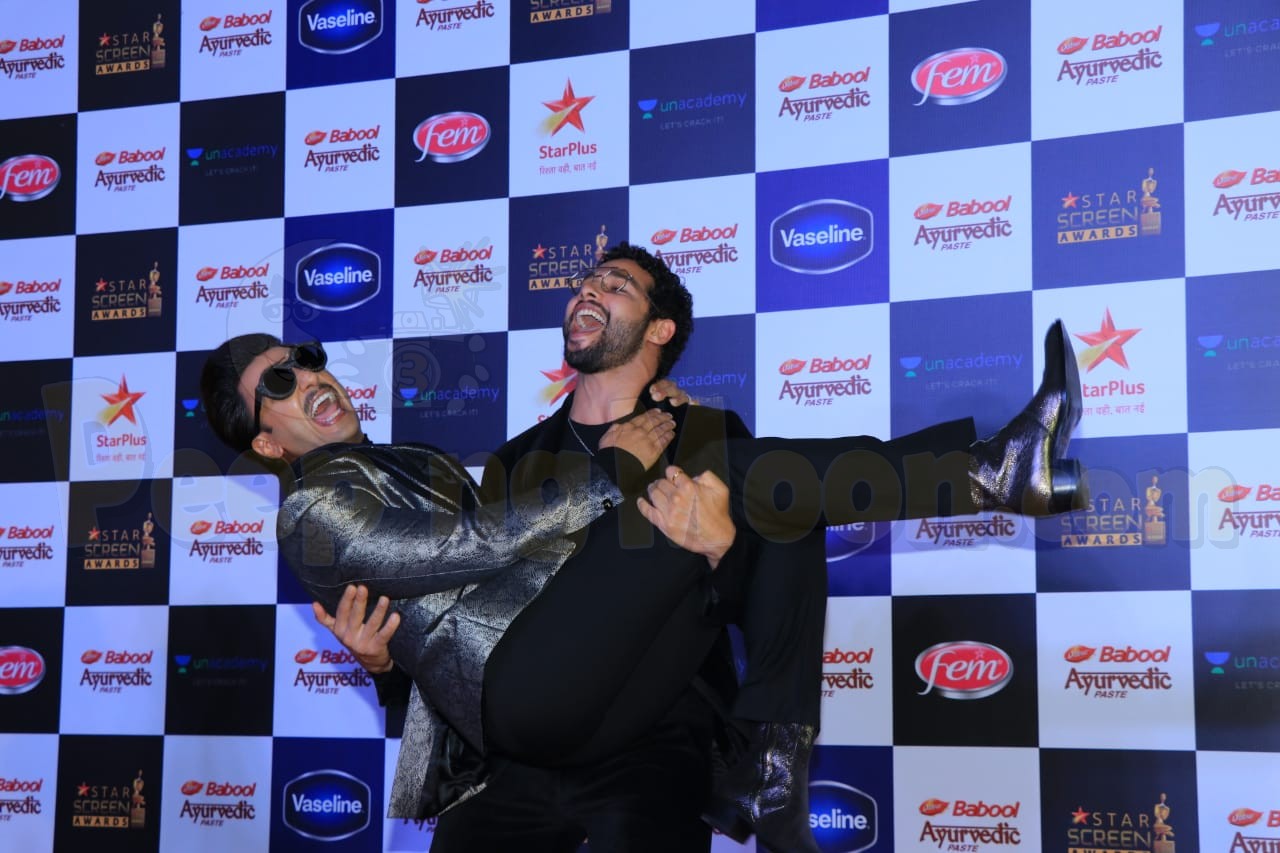 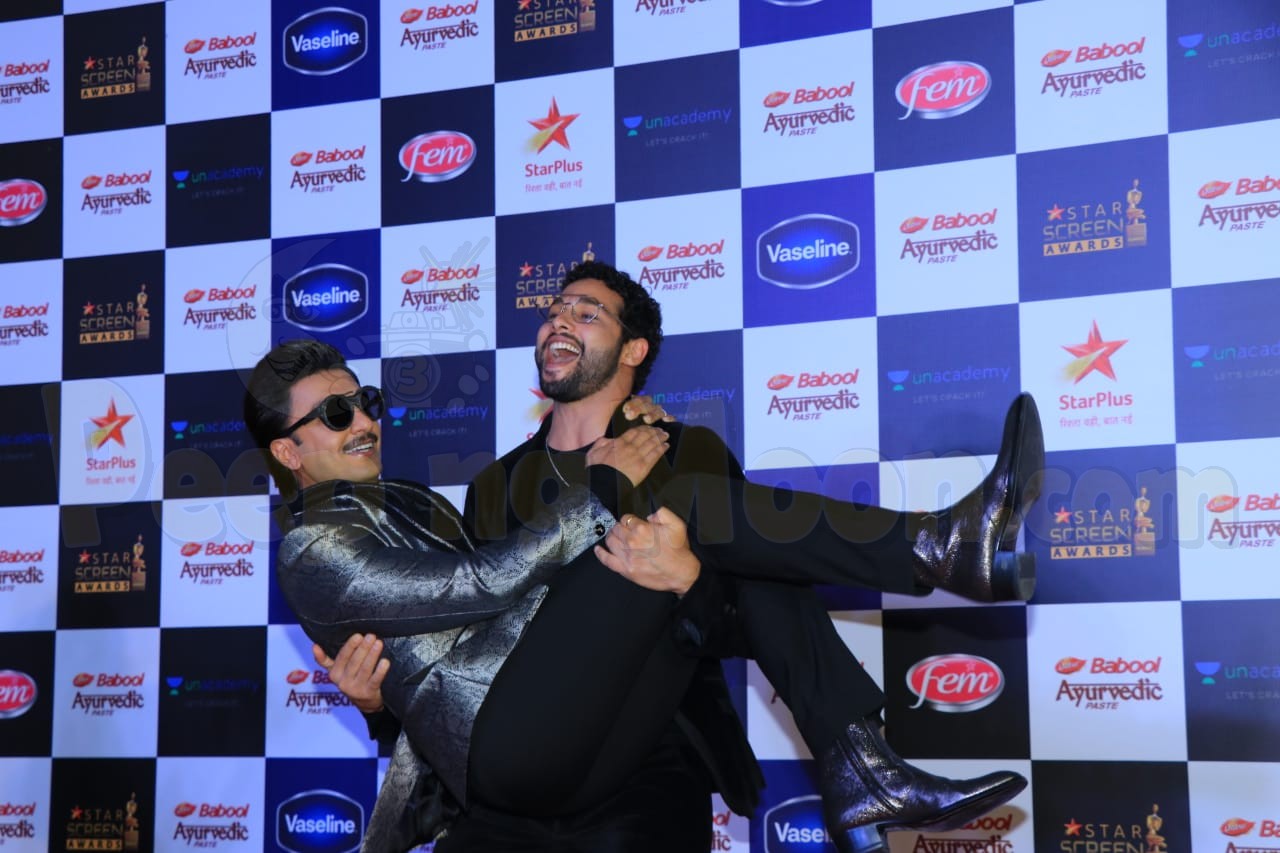 Not just with Siddhant, Ranveer was seen spending quality time with his Padmaavat co-star Shahid. Although Ranveer and Shahid were pitted opposite each other in the Sanjay Leela Bhansali film, the actors seemed to be in awe of one another as they posed for the cameras happily. 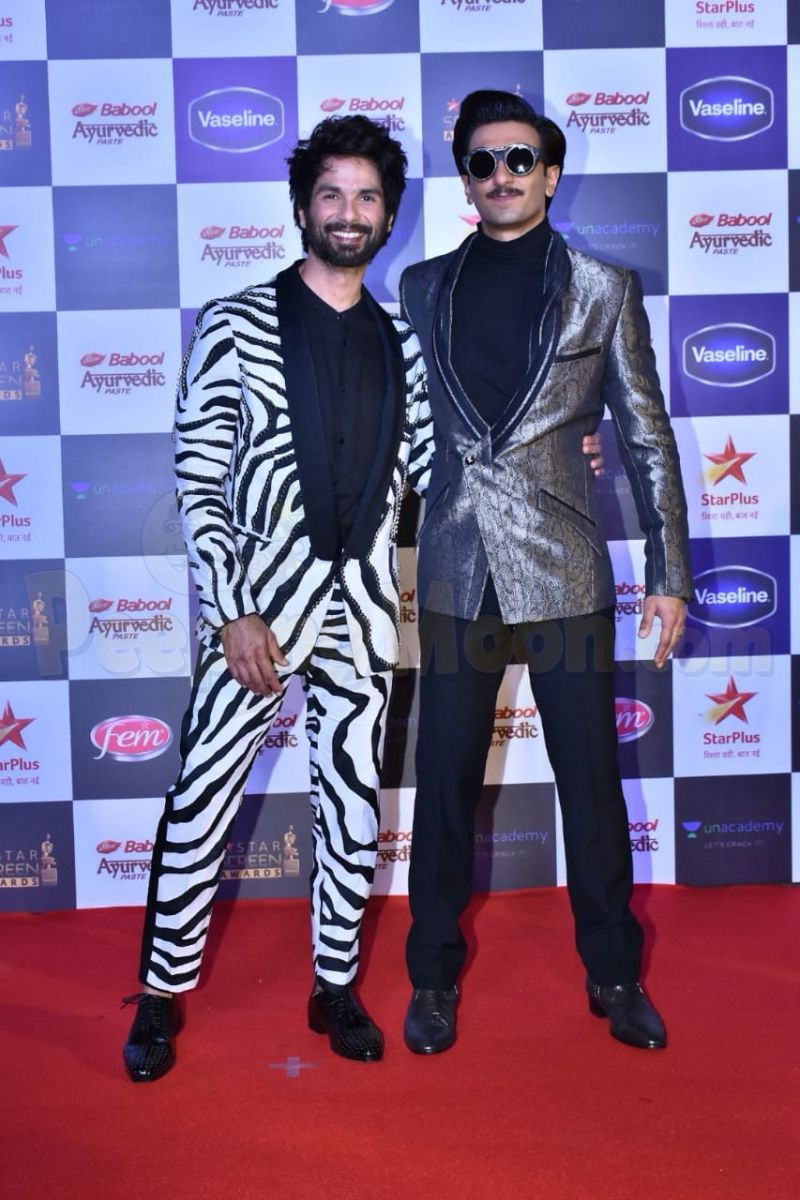 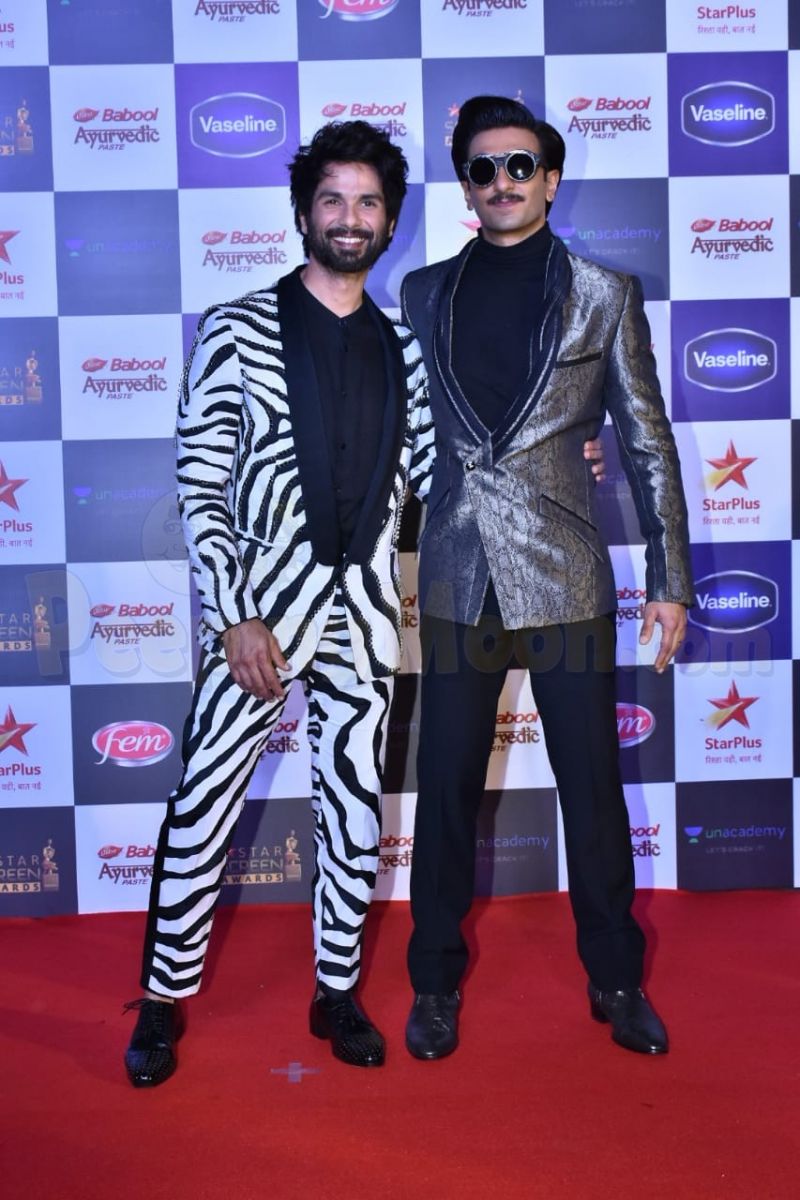