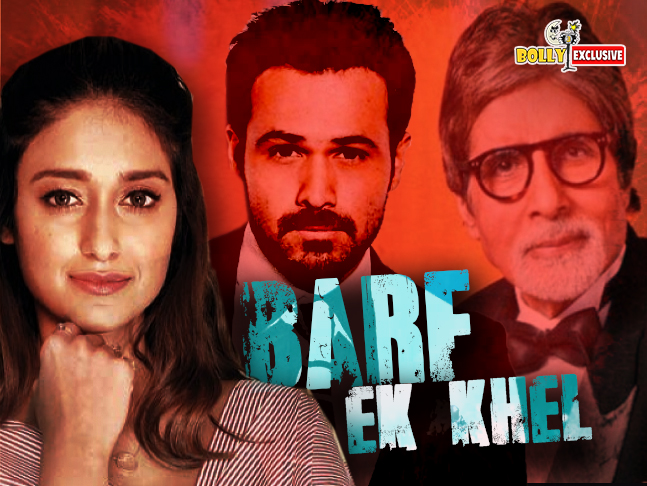 Speculation on Rumi Jaffrey’s comeback directorial continues to happen. Last week PeepingMoon.com brought you the news that the courtroom drama was titled Barf and would feature Amitabh Bachchan and Emraan Hashmi in key roles. Today, we add the exciting tidbit that Ileana D’Cruz is in talks to join the cast. And furthermore, the film is now titled Barf: Ek Khel. If she comes onboard, Ileana will play the role of a woman who cheats on her husband. She was last seen opposite Ajay Devgn in Rajkumar Gupta’s crime-drama Raid (2018).

The story of Barf: Ek Khel that’s set in Delhi, revolves around two custodians of the law who trick people into confessing their crimes. After playing a lawyer in Pink (2016) and Badla (2019), the Big B will be seen in the role of a judge in this big-ticket film. Rumi, who is helming this project, made his directorial debut with the Amitabh Bachchan, Salman Khan, Priyanka Chopra fantasy comedy God Tussi Great Ho in 2008. His earlier credits include Coolie No. 1(1995), Judwaa (1997) and Mujhse Shaadi Karogi (2004). Barf: Ek Khel will also have Annu Kapoor and Saurabh Shukla in important roles.

Besides Ileana, the makers have also approached actress Neha Sharma to act in the film. Ileana is most likely to seal the deal in a day or two. Interestingly, she played an unfaithful wife in Akshay Kumar’s critically and commercially successful film Rustom (2017) too. Produced by Anand Pandit, Barf: Ek Khel is expected to start rolling in May-June.