Exclusive: Who offered Kartik Aaryan the role of Akshay Kumar in Hera Pheri 3? 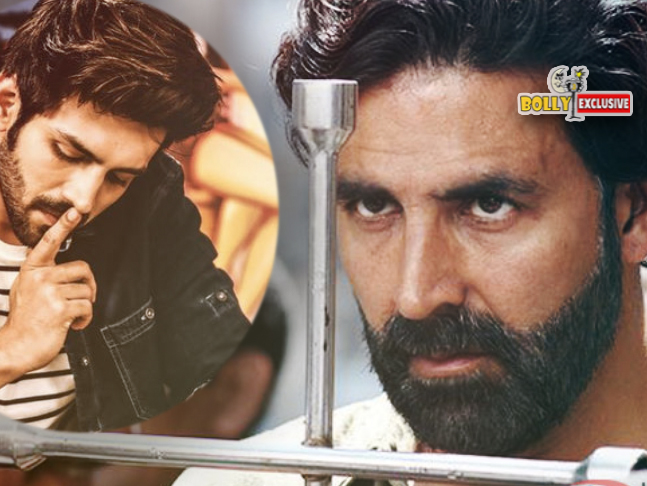 Yes, the big names behind Hera Pheri 3 – producer Firoz Nadiadwala and director Priyadarshan – are surprised to learn that Kartik Aaryan has been offered a role in the third installment of their cult comedy under consideration. And that he might be replacing Akshay Kumar who plays the role of the cunning but lovable rogue Raju in the popular series. However, PeepingMoon.com has learned that no such offer was made to the Luka Chuppi actor. And this rumour that is gaining currency is believed to have been circulated by Kartik’s fan page.

Said a source from the Hera Pheri franchise, “Just because Akshay was not doing Bhool Bhulaiya 2, the role in that horror-comedy went to Kartik. But that does not mean Kartik is ready to step into Akshay’s shoes for every other film. It is news to us that he was offered Akshay’s role, or any role, in Hera Pheri 3. Who offered him this role we would like to know? This is not true at all.” The source further said that fans of the classic comedy-drama will not be excited by this false news, as Kartik’s fan page suggests, but outraged because nobody can replace Akshay or for that matter Suniel Shetty and Paresh Rawal in the Hera Pheri series. The news said the Hera Pheri 3 story was pitched to the actor and he loved it. “If everything works out then Kartik will take forward Akshay’s role of Raju in Hera Pheri 3,” the fan page boldly stated, “while Suniel and Paresh will continue to reprise their roles of the struggling pauper Shyam and kind-hearted garage owner Baburao Ganpatrao Apte.”

Recommended Read: Nothing is decided on Hera Pheri 3 and I can't say whether this will happen, says director Priyadarshan

When Hera Pheri 3 talks last came up, Suniel had said he was very excited and the team would start working on the third part by the end of the year. Hera Pheri was released in 2000 and Akshay, Suniel and Paresh returned with Phir Hera Pheri in 2006. While the first part was directed by Priyadarshan, the sequel was helmed by Neeraj Vora. In an interview, Suniel had said that talks were on with Priyadarshan for the third installment. “It should happen by the end of the year. There is a lot of discussion around it,” Suniel had added.

It was earlier believed that Indra Kumar would direct Hera Pheri 3 (after Neeraj passed away) and the Total Dhamaal filmmaker had said then that the film was in the works and the much-loved trio of Akshay, Suniel and Paresh would star in this one too. Indra had also said that Hera Pheri 3 was being scripted and would be big on VFX. But when Indra revealed his unavailability to take up the loved franchise, the makers of Hera Pheri 3 brought Priyadarshan back on board. 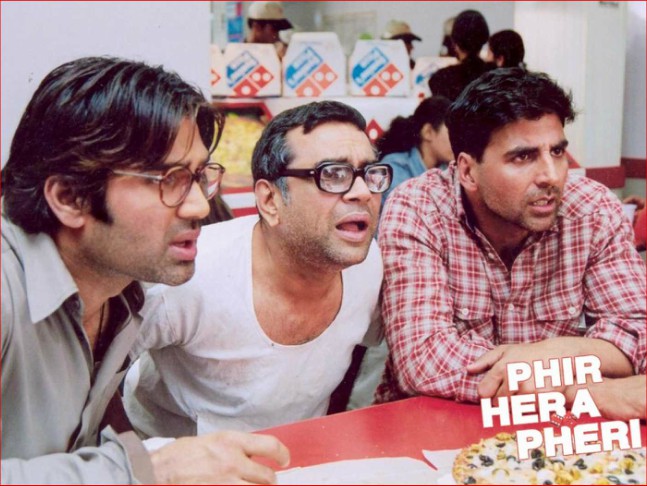 The film will reportedly see a time leap and the actors’ characters – Raju, Shyam and Baburao – will now be closer to their ages. Interestingly, Priyadarshan himself confirmed he was in talks with Akshay, Suniel and Firoz Nadiadwala for Hera Pheri 3 and would begin working on it after he finished his Malayalam film, Marakkar: The Lion of Arabian Sea. Where did Kartik Aaryan’s name pop up from, the makers of Hera Pheri 3 want to know.

PeepingMoon Exclusive: Raveena Tandon's daughter Rasha to be launched opposite Aaman Devgan in Abhishek Kapoor’s next