Remember the excited buzz in September when it was believed that Telugu film superstar Vijay Deverakonda was thinking of stepping into Bollywood? And that Karan Johar’s Dharma Productions was apparently keen on remaking his July release Dear Comrade? Well, nothing came of that. But PeepingMoon.com has some amazing news to share.

It seems that Deverakonda will make his move to Bollywood, after all. And by the end of December, the Telugu heartthrob will start his first Hindi film. No, it’s not with Dharma Productions. Though Deverakonda and KJo are in talks still and you never know which direction those talks might go. But one thing is clear: B-Town has laid the red carpet out for Deverakonda. 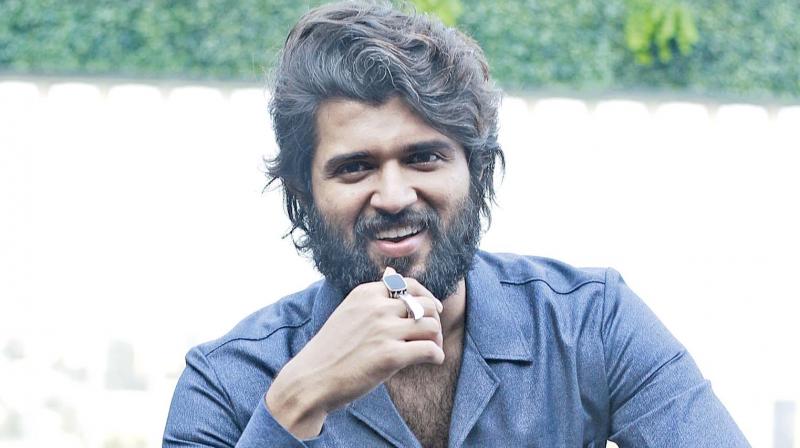 Interestingly, Deverakonda made his debut only in 2011 with the Telugu romcom Nuvvila that also introduced Yami Gautam. This was before her Bollywood debut in Vicky Donor (2012) and after her Kannada debut in 2009 with Ullasa Utsaha and Punjabi debut in 2011 with Ek Noor. Amazingly, after Vicky Donor. Yami went on to make her Malayalam debut in 2012 with Hero and then her Tamil debut in 2013 with Gouravam.

Deverakonda came to Bollywood’s notice with Arjun Reddy (2017) but only after it was successfully released in Hindi as Kabir Singh this June by Sandeep Vanga, the original Telugu writer and director. The film received mixed reviews and was criticized for promoting misogyny and toxic masculinity but it went on to become Shahid Kapoor’s highest grossing film.

It was his Dear Comrade that got Bollywood interested in Deverakonda again. In the romantic action film, he plays an angry union leader in love with a state level cricketer. The film, about life, love and facing our worst fears, was a winner. And it was suspected that Bollywood might want to remake it in Hindi. But no, when he comes in December, Vijay Deverakonda will be doing a Bollywood original.

PeepingMoon Exclusive: Varun Dhawan's getting married in May at JW Marriott Khao Lak in Thailand!

EXCLUSIVE: 'I play Kabir Khan’s character of a photojournalist in the show,' Karanvir Malhotra on featuring in 'The Forgotten Army'

Exclusive: Makers of Vicky Kaushal's 'Bhoot Part 1 - The Haunted Ship' to bring in a new era of fear with their ‘Bhoot Scares’ series