The love that existed between Ajay Devgn and Sanjay Leela Bhansali since the heady days of Hum Dil De Chuke Sanam in 1999 has been taken to new heights 20 years later with the filmmaker showing his fondness for the Bollywood superstar by signing him for two of his big forthcoming films.

The first film that everybody is talking about is Gangubai Kathiawadi, the crime biographical on the notorious mafia brothel queen of Kamathipura in Mumbai, in which Alia Bhatt plays the title role. And the second film is the musical revenge drama Baiju Bawra in which Ajay has been offered the negative role of classical music legend Tansen of Mughal Emperor Akbar’s court. 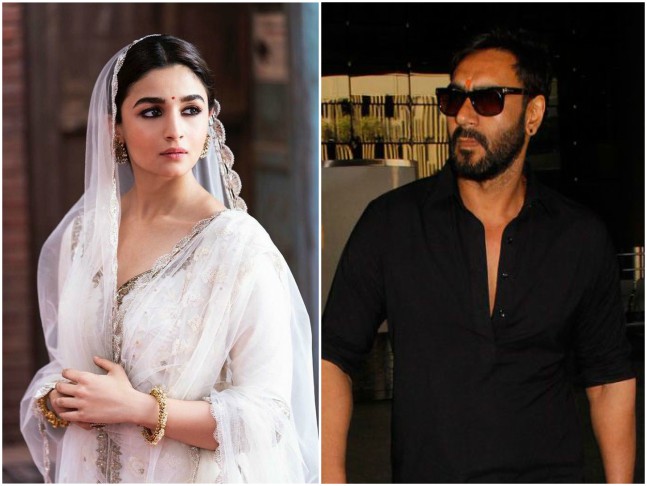 RECOMMENDED READ: Makers of 'Tanhaji' unveil second poster of Ajay Devgn with an amalgamation of all his 100 films, Kajol and Shah Rukh Khan lead Bollywood in wishing the actor

The buzz on Gangubai Kathiawadi so far has been that Ajay’s role is intense and he will be playing a mobster with a golden heart who teaches Gangubai the trade and falls in love with her. Another rumour is that Ajay’s is not a full-fledged role but a special appearance that’s very interesting. Now PeepingMoon.com gives you the real deal. Ajay will be playing the dreaded Karim Lala in Gangubai Kathiawadi. It’s confirmed. Karim Lala was the godfather of Bombay’s Pathans, one of the three legendary mafia dons including Haji Mastan and Varadarajan Mudaliar who ruled the city in the 1960s and 1970s. He was a Pashto speaking Pathan who came from Afghanistan in the 1920s.

Karim Lala’s Pathan Gang ran gambling and liquor dens, He was allegedly also into money recovery, land evictions, protection, kidnapping, contract killing, narcotics and counterfeit money. Police sources say that Karim Lala also had a soft heart and used to treat Gangubai as a sister. She was a sex worker who turned into a mafia queen after one of Karim Lala’s gang members did not pay her. Furious, Gangubai approached Karim Lala and the two became firm friends. Although a feared name in the underworld, Karim Lala was also known to help people of all communities who approached him in despair with their problems.

Exclusive: Saroj Khan has a big influence on me, she taught a lot of things about choreography - Remo D'Souza