Advertisement
HomeBOLLYWOODEXCLUSIVEPeepingMoon Exclusive! Mission Mangal director Jagan Shakti operated for brain clot but not totally out of danger yet

PeepingMoon Exclusive! Mission Mangal director Jagan Shakti operated for brain clot but not totally out of danger yet

Jagan Shakti, the director whose debutant film Mission Mangal last August turned out to be the biggest Bollywood Independence Day release ever, was operated for the blood clot in his brain this afternoon. The surgery was done at the Kokilaben Dhirubhai Ambani Hospital in Andheri. According to PeepingMoon.com sources, “The surgery was performed. Let’s say it is 65-70% successful. Now Jagan needs everybody’s prayers for a full recovery because he is still serious.”

Jagan was hospitalized on Saturday in a serious condition. The director was busy socializing with friends on Friday night when he reportedly collapsed. He was rushed to the hospital in an unconscious state and diagnosed with a clot in the brain. After monitoring his condition over the weekend, the decision to perform brain surgery on Jagan was taken and it was done this afternoon. 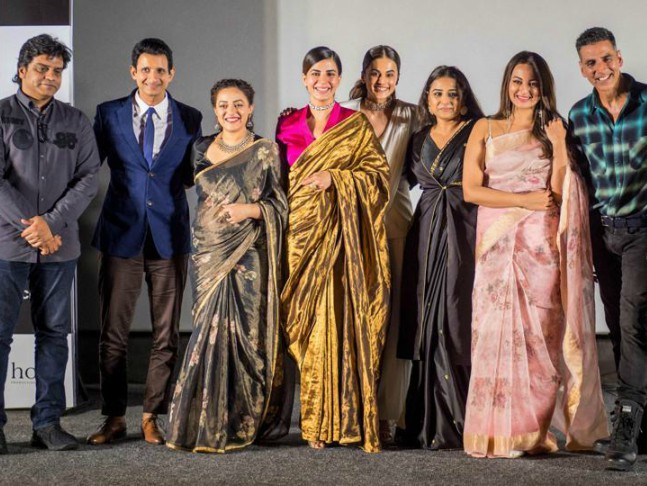 Jagan made his directorial debut with Akshay Kumar’s Mission Mangal on August 15, last year. The film also starred Vidya Balan, Taapsee Pannu, Sonakshi Sinha, Kirti Kulhari and Nithya Menen. It was based on India’s Mars Orbiter Mission launched in 2013. The film is among the highest-grossing films of 2019 and went on to make Rs 290 crore at the box office.

Akshay had said that Mission Mangal was one of his best films. The Bollywood superstar had said, “From the moment the film’s director Jagan Shakti – a young man whose name itself sounds like the name of a missile – narrated the story of these brilliant Indian Space Research Organisation (ISRP) scientists, and their successful Mars Mission, the only question in my rather unscientific mind was whether it was too risky to invest crores into telling this story.”