Bollywood stars are taking the OTT route and the number of actors joining the bandwagon is just expanding each passing day. The latest names gearing up for digital debut are Mithun Chakraborty and Shruti Haasan. Peepingmoon.com has exclusively learned that Mithun and Shruti are doing a web-series for Amazon Prime Video. Hichki director Siddharth P Malhotra is producing this project that marks their second collaboration after Soham Shah's 2009 thriller Luck.

The yet-untitled series is said to be an adaptation of Ravi Subramanian's 2015 novel, The Bestseller She Wrote. Said to be a combustible cocktail of love, betrayal, and redemption, the 398-page book delves into the glitzy world of bestsellers and uncovers a risky dalliance between a superstar novelist and his alluring protégé. Filmmaker Mukul Abhyankar who has previously directed Manoj Bajpayee and Tabu starrer mystery thriller Missing (2018) has come on board to helm the show that also stars Gauahar Khan, Arjan Bajwa, and Annu Kapoor in pivotal roles. 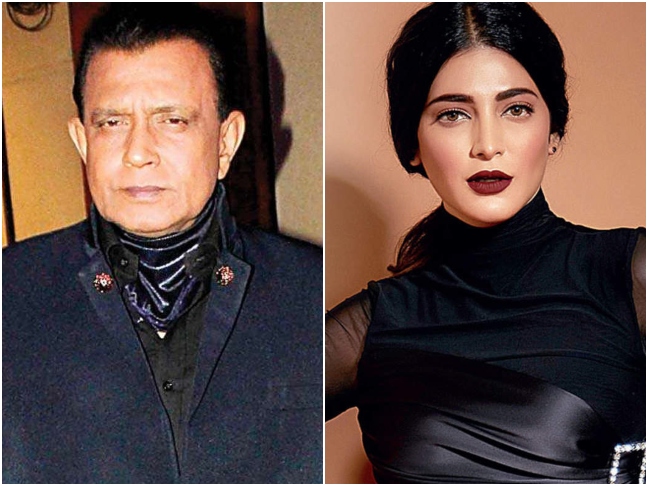 Recommended Read: PeepingMoon Exclusive: First 2 days I searched for lipstick, then realised I have to sport a beard,' quips Sunil Grover on shedding Gutthi's image for 'Tandav'

The series went on floors just today in Mussoorie, Uttarakhand with a start-to-finish schedule and is expected to be wrapped in the next two months. Mithun Chakraborty is returning to the sets after he was hospitalised last month following a bout of food poisoning. He is said to be fit and fine and ready to take the shots with Shruti who is returning to a Hindi set after a hiatus of four years.