PeepingMoon Exclusive: Shahid Kapoor in and as Sunny in Raj & DK's Amazon Prime show; Shooting begins next week in Goa!

Peepingmoon.com exclusively revealed in October that Shahid Kapoor is set to foray into web space and has signed Raj & DK's next Amazon Prime series as his debut vehicle in the constantly growing OTT world. Now, we have learned that Shahid will kick-off the action-packed show next week in Goa. Raj & DK who are currently awaiting the premiere of their much-awaited second season of The Family Man has already flown to the location and will officially start the shoot next week.

"Raj & DK's show with Shahid has been titled Sunny. It's an explosive action-thriller with their usual quirks infused in it. Planned as a two-season project, this series will see Shahid in the titular role, performing some acutely designed daredevil action sequences. He is excited to dive into the quirk world of Raj & DK and will fly off to Goa today to join them," a source close to the project informed us. 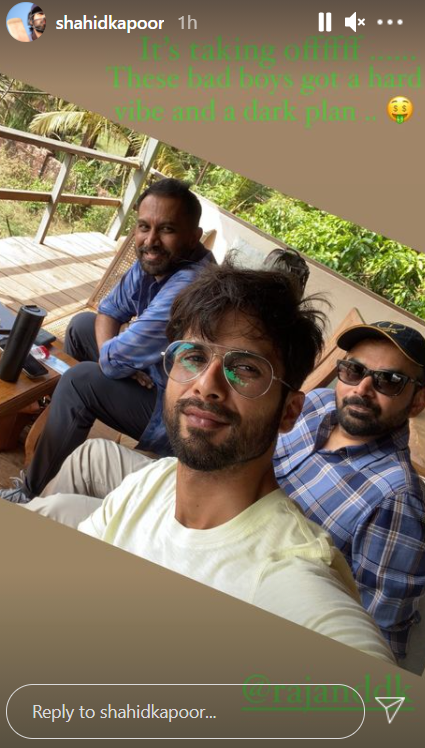 We have also learned that Raj & DK have roped in some popular actors from the South film industry to give the show a Pan-India stage that will attract audiences across the globe. While Vijay Sethupathi has been signed to play the villain, Tholi Prema (2018) actress Raashi Khanna is believed to be cast as the female lead. Actor-director Amole Gupte will also play a pivotal role and will join the sets on 2nd February. The show has been planned to be wrapped by the end of April 2021.

Sunny marks Raj & DK's third collaboration with Amazon Prime Video after their two seasons of Manoj Bajpayee-fronted The Family Man. The filmmaker duo has also been assigned to direct the Indian version of the Russo Brothers' global thriller series, Citadel which is expected to get off the ground by the year-end. Apart from these directorial ventures, Raj & DK are also producing Tumbbad director Rahi Anil Barve's period comedy series Ashwalinga for the global streamline giant. A satirical comedy set in a utopian world, the show stars Pankaj Tripathi, Kunal Kemmu, and Abhishek Banerjee in pivotal roles!